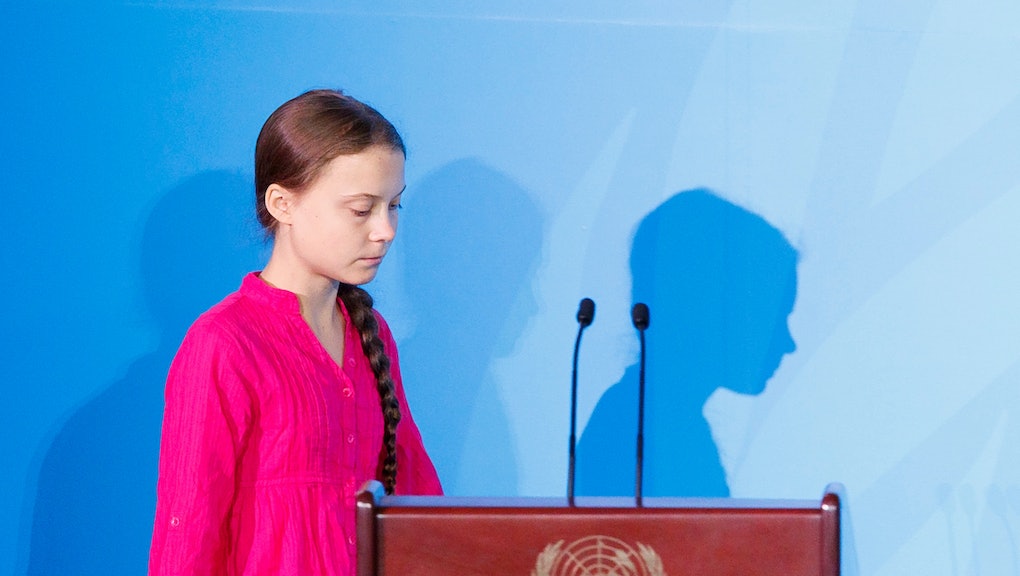 For decades, the threat of climate change has not been treated as a pressing issue by political leaders around the world, in part because the worst effects won't occur for decades down the road — long after their administrations are out of power. But the young people who will be left to deal with the fallout aren't having it. On Monday, Greta Thunberg and a number of other young climate activists filed a landmark lawsuit with the United Nations that alleges five countries — Brazil, France, Germany, Argentina and Turkey — knew about the dangers posed by climate change but chose not to take action to lesson carbon emissions and move away from fossil fuels.

According to the suit, the five countries named have produced "inadequate" pledges aimed at reducing the levels of greenhouse gases they produce, falling short of goals set by the 2015 Paris Climate Agreement. The children filing the legal challenge claim that their lives have already been affected by climate change and that they will continue to deal with adverse impacts of the crisis because countries have failed to take action to address it. Thunberg and her fellow activists aren't seeking any monetary compensation, but rather new climate goals set by the countries named in the suit.

The suit was filed with UN Committee on the Rights of the Child, a board made of 18 independent child experts who are dedicated to safeguarding the lives of children. They will review the case put forth by Thunberg and her fellow youth advocates and determine if the countries named in the suit are guilty of violating their rights as children. If the challenge is successful, the United Nations would classify climate change as a children's rights crisis, which could provide a new lever for pushing countries toward taking more action in addressing the looming threat. For the five countries named in the suit, they could be pushed toward creating new targets for reducing carbon emissions and dedicating more resources toward preventing the "deadly and foreseeable consequences" of the current climate crisis.

While Brazil, France, Germany, Argentina, and Turkey are certainly leading emitters of greenhouse gases, they are not the countries typically most associated with being major polluters. The United States, China, and India are absent from the legal challenge. That's because those countries have not accepted the jurisdiction of the UN's Committee on the Rights of the Child to hear these types of complaints. The five countries named in the suit are willing to be subjected to the committee's rulings. Their status as polluters along with their willingness to be held accountable made them the prime targets of the legal challenge.

The lawsuit filed by the youth activists came shortly after Thunberg delivered a deeply emotional speech in front of the UN General Assembly. “This is all wrong, I shouldn’t be up here,” Thunberg said. “I should be back in school on the other side of the ocean. You have stolen my dreams, my childhood with your empty words. We will not let you get away with this. Right here, right now is where we draw the line.” Thunberg was also the inspiration for the Global Climate Strike that took place on September 20, which drew more than four million participants — mostly students — around the world.

More like this
Amid daily reports of catastrophe, Americans are finally starting to realize climate change is bad
By AJ Dellinger
Bernie Sanders simply does not care about your archaic Senate rules
By AJ Dellinger
This is what it looks like when a city floods in real-time
By AJ Dellinger
Stay up to date