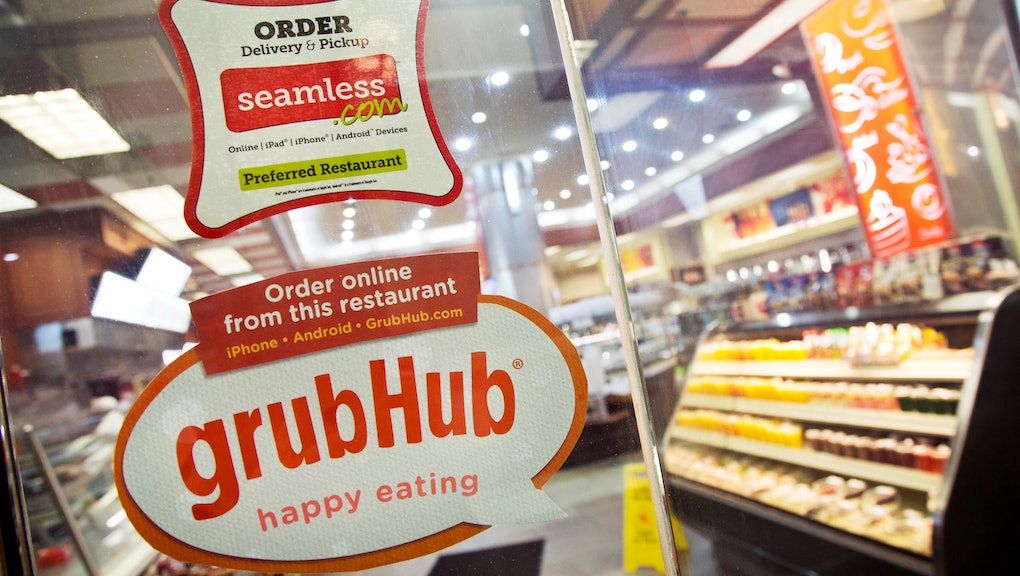 Yelp is a valuable tool for both restaurants and other businesses who want to be discovered by customers and by users who are looking for a new place to spend their money. It's a hub for all the essential information people could need, from reviews to menus to contact information. But according to a report from Vice, Yelp hasn't been completely forthright in how it is connecting people to businesses. The company has apparently been swapping the actual phone numbers of restaurants for numbers associated with Yelp business partner Grubhub — and Grubhub tracked food order phone calls made through those numbers in order to charge businesses a commission for each call.

Here's how the apparent scheme worked: When you open the Yelp app on your smartphone and navigate to a restaurant listing, you'll see a phone number listed for the business. That number is the correct contact number that you would find associated with the restaurant on other platforms. If you tap on the phone number to call the restaurant, a new menu will appear asking if you want to call for "Takeout or Delivery" or for "General Questions." If a user clicks on "General Questions," the call will be placed to the restaurant's listed number. However, if they choose "Takeout or Delivery," it will place a call through your phone's dialer to a different number than is listed for the business. The phone numbers used for these calls are ones that are associated with Grubhub and are used to track the call. The redirect only happens through the Yelp app.

When this happens, not much changes for the customer. They are routed to the exact same number no matter which option they select. However, when a call is placed through the number associated with Grubhub, the company nets a referral fee for delivering the customer to the business. That fee, according to Vice, is somewhere between 15 and 20 percent of an order. In exchange for that significant chunk of an order, Grubhub records and analyzes calls for the businesses. (The company recently started prefacing calls with a recording that informs customers that the conversation may be “recorded for awesomeness,” according to The Verge, though it's not clear if the company recorded interactions prior to including that heads up.) Those recordings can be accessed on a private site set up for each restaurant so they can audit orders and dispute any reported errors. According to Grubhub, the recordings aren't stored for any other purpose other than internal use for the restaurant.

Grubhub claims that just 35 percent of calls placed through its reference numbers actually result in a charge for a restaurant. However, Vice found that the system has produced a number of false positives. Recordings of calls that do not result in orders being placed still carry fees of nearly $8 for the restaurant, even though they didn't generate anything from the call. A New York Post report from earlier this year identified a number of restaurants that were hit with fees for calls that didn't result in an order.

It's also worth noting that many of these calls would likely be placed to the restaurant without Grubhub's intervention. When a person wants to place a call to a restaurant through Yelp, they have already gone through the entire process of finding the business listing and choosing to contact it. Grubhub claims its fees are for driving customers to the business, but it appears that the company simply slips in its number at a point where a customer is already trying to contact the business and takes credit for making the connection. Though businesses can pay for placement on Yelp, those arrangements are disclosed. Otherwise, Yelp states that it sorts businesses by relevance, reviews, and distance.

Grubhub's numbers first started appearing on Yelp after the companies agreed to new online ordering integrations in 2018. The changes appear to have happened without being mad explicitly clear to restaurants and customers using Yelp. Reports indicate that some restaurant owners were caught off-guard by the change. Likewise, callers would probably prefer to be made aware that their attempts to contact a business are being routed through a third-party that may be recording their conversations.

In response to a request for comment, a spokesperson for Yelp told Mic:

It’s our understanding that the restaurants with Grubhub referral numbers have a marketing and customer acquisition agreement with Grubhub, which allows the company to utilize referral numbers on third party partner sites like Yelp. We can confirm that less than 2.5 percent of restaurants in the U.S. have a Grubhub referral delivery/takeout call option on Yelp. To be clear, the restaurant's direct phone number is the only one displayed on its business profile on Yelp.

This isn't the first time that Grubhub has been called out for a bit of shady activity at the expense of the restaurants it supposedly helps serve. Earlier this year, the service came under fire after The New Food Economy reported that Grubhub has been creating thousands of websites for restaurants, using their names in order to drive more orders through its own platform. Grubhub defended that tactic as simply part of its contract with businesses that allow it to create marketing material. In some cases, the Grubhub-created sites surpassed the actual restaurants in search engine results, meaning calls and orders that would typically go directly to the business got routed through Grubhub for a fee. They also lock down domain names that may otherwise be claimed by a restaurant to set up their own site.

Grubhub has become increasingly prominent in the online food ordering market, as it now owns a massive chunk of the online ecosystem surrounding restaurants and food delivery. The company not only operates its own delivery service, but also is the parent company of other popular on-demand delivery platforms Seamless and Eat24 (the latter has been retired as a brand and now directs users to Grubhub). In addition to the delivery services, Grubhub also owns and operates MenuPages and AllMenus, two popular sites that document the available menus at hundreds of thousands of restaurants around the United States. It also operates LevelUp, an ordering and payments platform used by restaurants when building a website, and Tapingo, an ordering service that specifically targets businesses around college campuses.

Add to all of that the company's roots in Yelp that allow it to net referral fees basically for nothing and the websites set up to snag traffic and orders and it becomes difficult to navigate around Grubhub and order food in a way that directly supports the business that you're attempting to patronize. You can attempt to avoid Grubhub properties by trying to connect with businesses as directly as possible without relying on referrals. Searching through services like the White Pages or Yellow Pages should provide accurate contact information if a business is listed. Most companies also have Facebook pages that should list contact information, or you can simply get a contact number from a Yelp listing and type it in manually to avoid being routed through Grubhub's call system. And of course, make sure to tip well upon delivery in order to support the business and its employees.