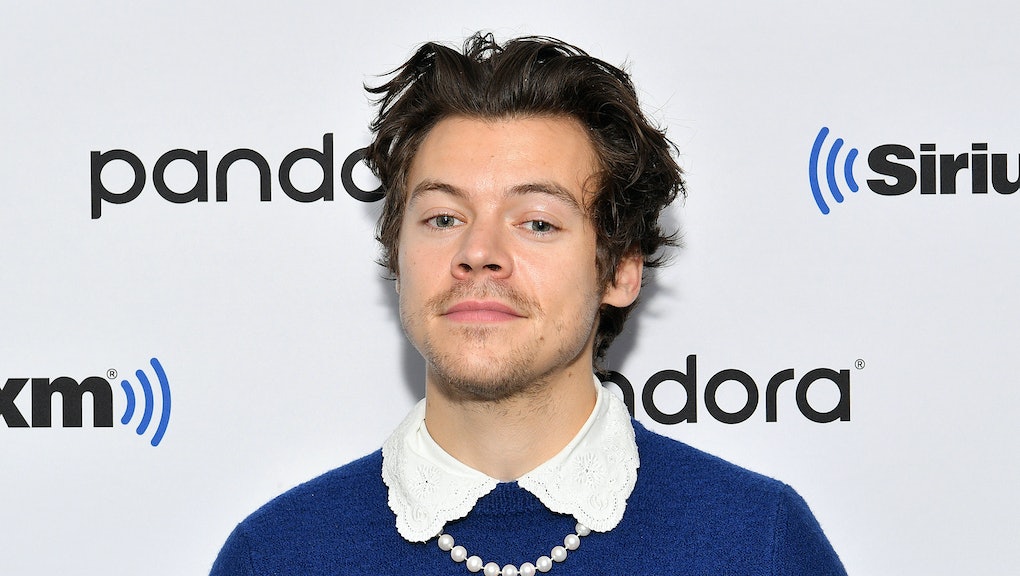 We stan a man with the self-restraint to only subtly troll his critics. Harry Styles clapped back at Candace Owens with a cheeky Instagram post captioned, “Bring back manly men,” on Wednesday. As you might remember, the conservative commentator previously clutched her pearls at the pop star’s audacity to appear on the cover of Vogue in a dress.

In a mid-November Twitter rant, Owens tried to blame Styles’s Gucci ball gown for the imminent demise of the patriarchy. “There is no society that can survive without strong men. The East knows this. In the west, the steady feminization of our men at the same time that Marxism is being taught to our children is not a coincidence. It is an outright attack. Bring back manly men.” Fellow conservative Ben Shapiro piled on with another bad take: “Anyone who pretends that it is not a referendum on masculinity for men to don floofy dresses is treating you as a full-on idiot.”

Obviously, their opinions are outliers. Most folks thought Styles’s Vogue photos were super glamorous, if not full-on sexy. The singer’s fans mercilessly roasted Owens and Shapiro online for their antiquated views on gender and fashion. But none shut them down as deftly as Styles himself just did, wielding a photo of himself eating a banana in a ruffled shirt and powder blue suit, taken from his new profile in Variety.

In the new article, Styles talked about the Vogue controversy and why he doesn’t discriminate with his wardrobe choices. “To not wear [something] because it’s females’ clothing, you shut out a whole world of great clothes,” the singer said. “And I think what’s exciting about right now is you can wear what you like. It doesn’t have to be X or Y. Those lines are becoming more and more blurred.”

More like this
'Exterminate All the Brutes' is a messy, ambitious documentary that ties together genocide, white supremacy, colonialism ... and Josh Hartnett?
By Nicholas Russell
'The Nevers' will be so much better when Joss Whedon has nothing to do with it
By Kara Weisenstein
How late night TV marked the Derek Chauvin verdict
By Kara Weisenstein
Stay up to date