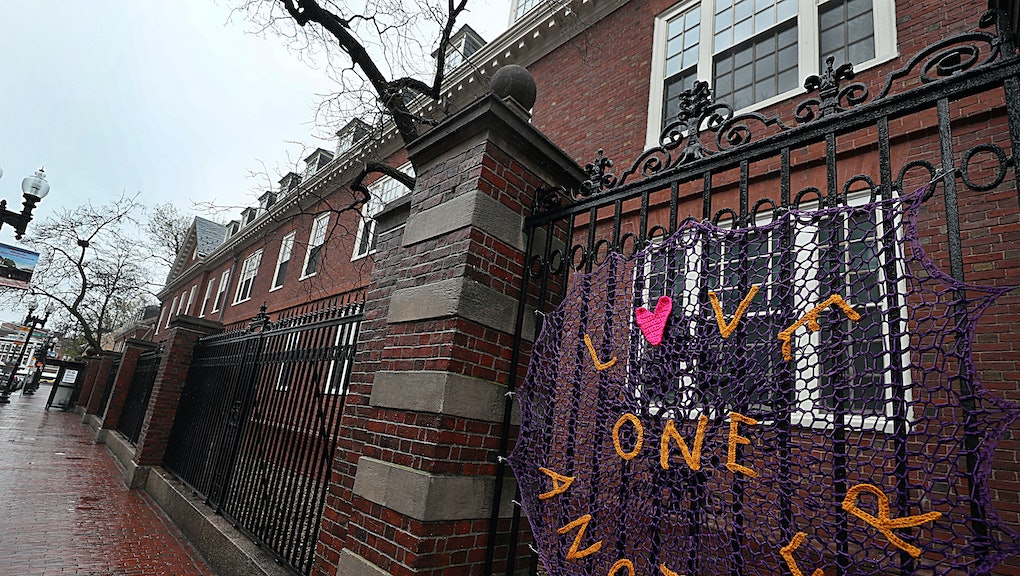 Just two days after the Trump administration issued a new guidance directing students studying in the United States on immigrant visas to leave or "take other measures" if their school does not offer in-person learning this coming fall, two of America's most prestigious educational institutions are suing the Department of Homeland Security to put an end to the White House's latest anti-immigrant effort.

In a complaint filed in the U.S. District Court for the District of Massachusetts on Wednesday, attorneys for both Harvard University and the Massachusetts Institute of Technology argued that the Immigration and Customs Enforcement agency's new policy "leaves hundreds of thousands of international students with no educational options within the United States."

By all appearances, ICE’s decision reflects an effort by the federal government to force universities to reopen in-person classes, which would require housing students in densely packed residential halls, notwithstanding the universities’ judgment that it is neither safe nor educationally advisable to do so, and to force such a reopening when neither the students nor the universities have sufficient time to react to or address the additional risks to 5 the health and safety of their communities. The effect—and perhaps even the goal—is to create as much chaos for universities and international students as possible.

"The order came down without notice—its cruelty surpassed only by its recklessness,” Harvard University president Laurence Bacow explained in an email to stakeholders obtained by the Harvard Crimson. “We believe that the ICE order is bad public policy, and we believe that it is illegal."

In an email to Mic., ICE refused to comment on the "pending litigation."

The new policy comes amidst an all out push from the Trump administration to force schools to re-open this coming fall, despite the risks from the ongoing coronavirus pandemic. Already, schools are struggling to transition to — and balance between — online-only courses and limited in-person learning. It's a challenge made all the more difficult by sudden introduction of this new policy, which comes just days after Harvard announced it would hold all of its 2020-2021 undergraduate courses online, while housing only 40% of students on campus during the school year.

On Wednesday, the president threatened to cut of funding for schools that don't re-open, and criticized the medical experts at his government's own Centers for Disease Control and Prevention who have cautioned against rushing students into the classroom.

The administration's new policy comes almost exactly five years after Trump insisted that "when foreigners attend our great colleges & want to stay in the U.S., they should not be thrown out of our country."