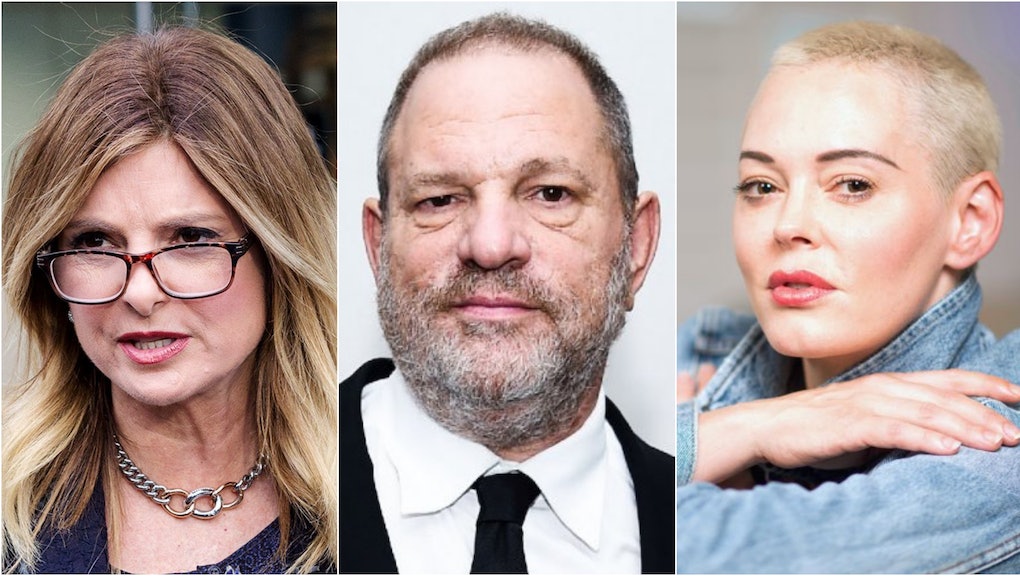 Lisa Bloom seemed destined to follow in her mother’s footsteps. The daughter of famed civil rights attorney Gloria Allred, Bloom built her own law career on “taking somebody from victim to empowered,” as she told The Ringer in 2017.

Bloom represented women accusing titans like Donald Trump, Bill O’Reilly and Bill Cosby of sexual assault, and she prided herself on securing large settlements for clients while preserving their anonymity, if that’s what they wanted. She also persuaded a number of women to speak out publicly against their attackers.

Then in October 2017, the New York Times’ Jodi Kantor and Megan Twohey broke the story of Harvey Weinstein’s decades-long history of sexual predation which — along with Ronan Farrow’s exposé for The New Yorker — helped push #MeToo into the mainstream. Bloom was revealed as a surprising Weinstein ally, positioning herself as his advisor on gender and power dynamics. She called Weinstein “an old dinosaur learning new ways” in the Times story and appeared on Good Morning America that week defending him.

Less than 24 hours later, Bloom resigned as Weinstein's lawyer, claiming she’d been “totally lied to” about the severity of the accusations against her client. But even then, her critics sensed Bloom knew more than she let on.

As a lawyer, Bloom is not obligated to never represent “Bad Men” like Harvey Weinstein, but she’s positioned herself publicly as a social justice warrior. "I wanted to represent people who actually needed help. I always knew I wanted to fight for the underdog,” Bloom told The Hollywood Reporter. The pernicious legal maneuvering she engaged in on behalf of a serial predator flies in the face of the crusader Bloom purported to be. It’s hard to gauge the damage her actions have done to the victims she says she fights for.

After the assault allegations became public in 2017, Bloom emailed board members of The Weinstein Company attacking the Times story and suggesting a PR onslaught of “photos of several of the accusers in very friendly poses with Harvey.” The movie mogul’s brother and business partner Bob Weinstein didn’t even approve of Bloom’s tactics. “It is my opinion, that u are giving your client poor counsel,” he wrote in an email. “Perhaps, Harvey as he stated in the NY Times, to the world, should get professional help for a problem that really exists.”

This week, Kantor and Twohey will publish a tell-all book, She Said, chronicling their reporting on Weinstein. And as revealed by the New York Times on Sunday, the book includes more damning details about the lengths Bloom was willing to go for Weinstein.

In a December 2016 memo she wrote the movie mogul, Bloom outlines a plan to smear the actress Rose McGowan, who says Weinstein raped her at Sundance in 1997. “I feel equipped to help you against the Roses of the world, because I have represented so many of them,” Bloom wrote. “We can place an article re her becoming increasingly unglued, so that when someone Googles her this is what pops up and she’s discredited.”

In response to the revelations about her unearthed by She Said, McGowan told Variety that, “What these people have done to my standing in the world has been systematic — it’s been evil. It’s one of the worst cases of gaslighting I’ve ever heard, and it’s starring me.” McGowan is calling for Bloom to be disbarred.

It’s unclear whether advising a client to smear a potential defendant is grounds for Bloom to lose her license, but combined with the plot to seed the internet with photos of Weinstein’s accusers looking chummy with their attacker in 2017, her actions are pretty damning. Most troubling is the revelation that Bloom used her experience defending the victims of sexual assault to pitch her legal services to Weinstein. How are victims supposed to trust their counsel, when she’s so willing to play for the other side?

Alas, the apple may not fall that far from the tree… According to new reporting in She Said, back in 2004, Allred’s firm helped negotiate a settlement agreement silencing one of Weinstein’s accusers. The lawyers took a 40% cut. With all we know now, the optics for mother and daughter aren’t good.

More like this
Hollywood producer Scott Rudin allegedly "relished in the cruelty" of abusing staffers
By Kara Weisenstein
Tina Turner has finally exorcised Ike Turner from her legacy
By Kara Weisenstein
Why do mass shootings spawn conspiracy theories?
By Michael Rocque and Stephanie Kelley-Romano
Stay up to date