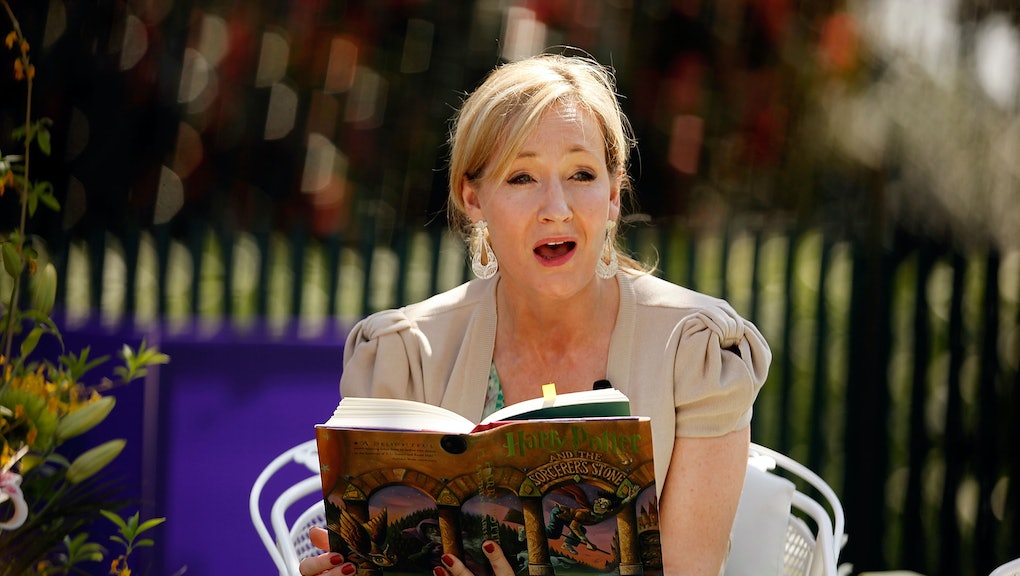 J.K. Rowling essentially cancelled herself in early June, at the start of LGBTQ+ Pride Month, by posting a series of anti-trans tweets and then digging in her heels with a 3,600 word essay defending her problematic views. Stars of the Harry Potter films, based on Rowling’s mega-successful books, quickly denounced the author’s statements. Based on publishing industry data from last month, it seems Rowling’s readers are over it too, because Harry Potter book sales dropped sharply in June, meaning wizarding mania might finally be abating.

It’s been 23 years since the world was first introduced to Harry Potter, on June 26, 1997, and while the last book in the series came out more than a decade ago, Rowling’s novels normally still sell very well. Harry Potter is the best-selling book series in history, with more than 500 million copies sold worldwide.

According to NPD BookScan, sales in print books in fiction rose 31.4% in the US in the last month. By contrast, Rowling’s print book sales rose just 10.9%, with Harry Potter sales growing even less, just 7.7% for the month. Variety noted these numbers represent a “remarkably sudden and sharp drop” in sales for the author.

Compare those lagging returns to her book sales at this time last year: in June 2019, Rowling’s print book sales outpaced the rest of the industry. Her sales rose 35.2% that month compared with 33.3% for fiction overall, according to NPD BookScan.

Not that Rowling needs the extra wealth — her estimated net worth is somewhere between $650 million and $1.2 billion — but Variety noted the sudden drop in book sales means Rowling’s missing out on an estimated revenue of $2 million more. It’s impossible not to draw a line between Rowling’s contentious views on transgender identity and the swift rejection of her work. Notably, in the wake of the controversy, organizations like GLAAD called on Harry Potter fans to channel their anger towards the author into donations to organizations that support Black trans people.

Rowling embroiled herself in controversy on June 6, when she posted a series of tweets contending women can only be identified by their biological sex. Four days later, she posted the lengthy essay on her personal website in which she evoked her personal history of sexual assault to argue for “single-sex spaces,” like bathrooms and changing rooms. On July 5, she said that prescribing hormones to transgender kids is akin to “a new kind of conversion therapy.”

More like this
Colin Kaepernick's new Netflix documentary highlights the man behind the icon
By Keith Nelson Jr.
The 8 best reality shows you're not watching, but should be
By Brandon Yu
Amazon wants to legalize it
By Melissa Pandika
Stay up to date