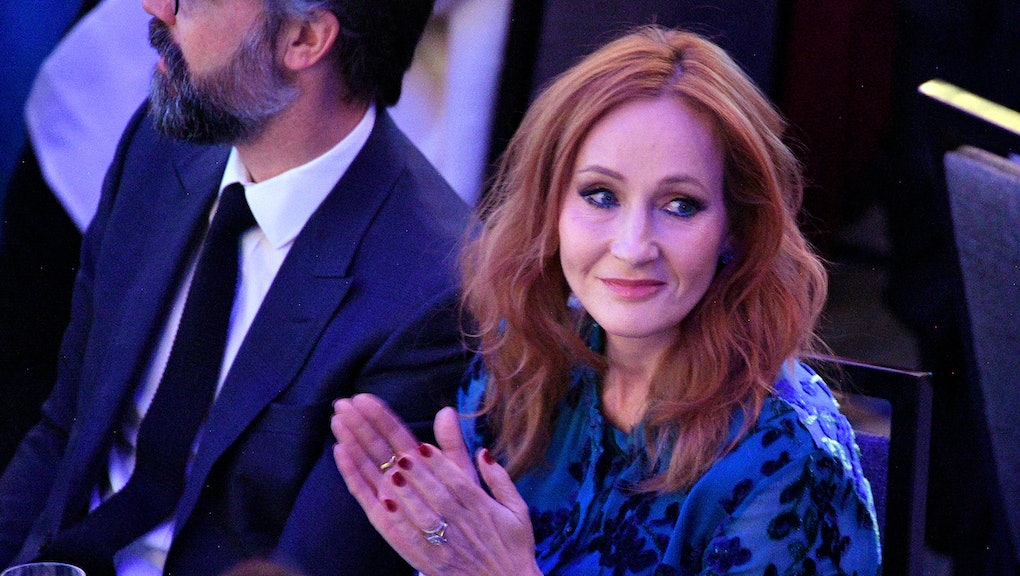 Here's why transgender rights groups are upset with JK Rowling

On Thursday morning, amid the trending tags of impeachment and Cats movie reviews, JK Rowling’s name popped up. Unfortunately, it wasn’t because she s releasing a new element of the Harry Potter universe. Rather, it was because she tweeted out support for a woman who had recently been fired for her job after using posting transphobic comments to social media.

“Dress however you please. Call yourself whatever you like,” Rowling wrote. “Sleep with any consenting adult who’ll have you. Live your best life in peace and security. But force women out of their jobs for stating that sex is real? #IStandWithMaya #ThisIsNotADrill”

“#IStandWithMaya” refers to Maya Forstater, an analyst at the Centre for Global Development who was fired in March after posting her beliefs that trans people do not have valid gender identities. According to the Guardian, after British courts ruled that her termination was justified, Forstater doubled down on the stance that led to her termination. “My belief … is that sex is a biological fact and is immutable,” Forstater said. There are two sexes, male and female. Men and boys are male. Women and girls are female. It is impossible to change sex. These were until very recently understood as basic facts of life by almost everyone.”

Rowling, who has been criticized in the past about comments she has posted on to Twitter, was immediately chastised by everyone from the Human Rights Campaign to other authors. “Fuck what your childhood heroes say,” Casey McQuiston wrote on Twitter. “trans people are real. trans people deserve to be protected, recognized, supported, and loved. if that infringes on your idea of feminism, you’re not actually a feminist at all. you’re a bigot.”

Since making her initial remarks on Twitter, JK Rowling has not responded to any of the backlash about her comments.

More like this
Harry Styles, king of gender neutral style, is working on a line of cosmetics
By Kara Weisenstein
Ricky Martin said he has PTSD from Barbara Walters trying to out him on TV
By Kara Weisenstein
Jennifer Ngo's hilarious TikTok videos increase visibility for the disabled
By Kaila Yu
Stay up to date