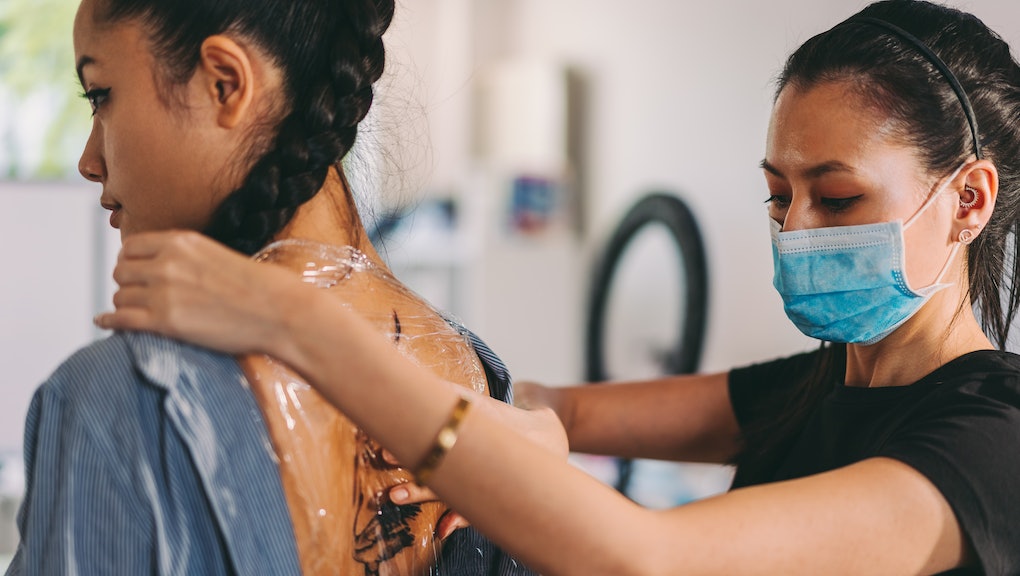 Here's how tattoo ink might be used to fight cancer

With coronavirus at the forefront of all our lives, it’s easy to forget about all the other health challenges we face. The reality is that cancer is still the second leading cause of death in the United States, though, and early detection remains one of the most important — and elusive — tools in the fight against it. Now, in a hopeful moment for medical science, researchers have discovered a way to use tattoo ink to detect the disease.

A new report, published Wednesday in the journal Biomaterials Science, studied whether scientists can use common dyes — like those found in tattoo ink and food coloring — to illuminate cancer cells in Magnetic Resonance Imaging (MRIs) and Computerized Topography (CT scans). What they found was encouraging. These dyes, which are already approved by the Food and Drug Administration (FDA), can be attached to cancer-targeting nanoparticles, allowing scientists to better see the cancer cells.

Here’s how it works. When doctors are looking for cancer cells, they inject the person with nanoparticles that find the cells and attach to them, making them visible with computer imaging or magnetic resonance imaging. Those nanoparticles have to be dyed to be seen. A problem scientists have faced is that the nanoparticles often stick around in the parts of the body that break them down, like the liver and spleen, so they have to be dyed with non-toxic materials. Unfortunately, some of the dyes that scientists have been using on the nanoparticles aren’t visible long enough to help them detect cancers effectively, EurekAlert reported.

Researchers at USC’s Viterbi Department of Biomedical Engineering were trying to find safe dyes bright enough to stay visible when one of the scientists was inspired to try new colorings she discovered in an animation class. "I was thinking about how these really high pigment paints, like gouache watercolors, were bright in a way I hadn't seen before, and I was wondering if they had interesting optical properties," Cristina Zavaleta, the head of the study and assistant professor at USC Michelson Center for Convergent Bioscience, told EurekAlert.

The idea led her to experiment with tattoo ink. "We thought, let's look at some of the FDA-approved drug, cosmetic and food dyes that exist and see what optical properties are amongst those dyes," Zavaleta told EurekAlert. It worked. These dyes are safe enough that scientists can use a large amount, which makes cancer cells easier to see.

The new nanoparticle dying process is still in development, but hopefully it will make its way to public labs soon. This out-of-the-box thinking is what scientific discovery is all about, and something we could use a little more of right now.