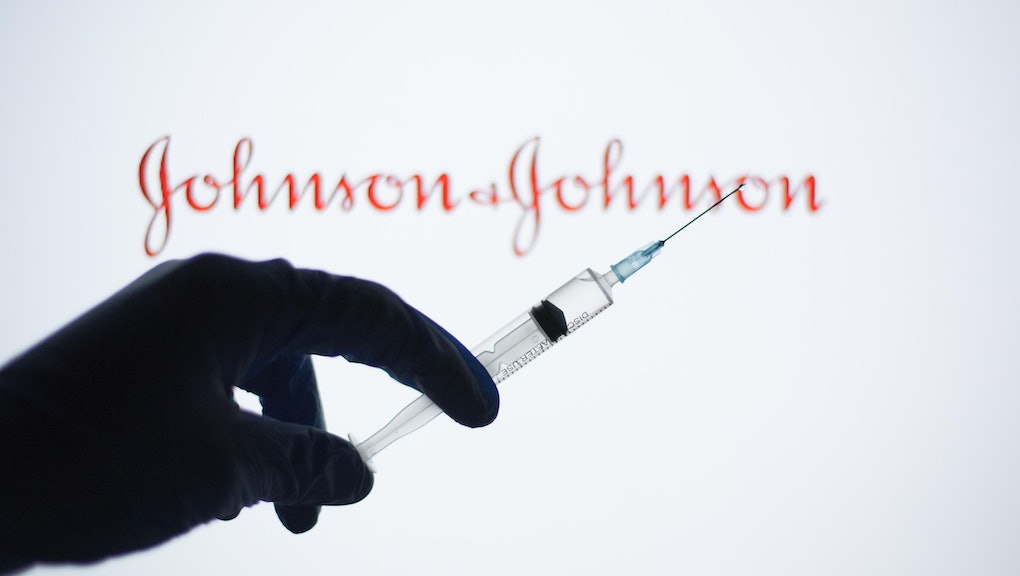 While much of the world is still a frightening virus-infested place, there is evidently a light at the end of the tunnel. Several lights, actually, in the form of vaccines that companies are racing to produce. Today, there are ubiquitous headlines of the newest vaccine that will hit the market in June: Johnson & Johnson's COVID-19 vaccine. In clinical trials, it's been shown to be most effective on severe cases of the virus but underwhelming on moderate and mild cases compared to our two current MVPs: Moderna and Pfizer.

Basically, there are a lot of preliminary stats on efficacy because it was tested in different regions with different predominant strains, but here’s the general gist: Johnson & Johnson announced Friday that their vaccine is 66% effective in preventing moderate illness, but 85% effective against severe disease, the company found in a phase 3 trial. It’s not bad, but not exactly the Louboutin of vaccines as we know them so far.

The Moderna vaccine has been deemed 94.1% effective, and the Pfizer, while a tad more effective, is still pretty much the same at 95% effectiveness. These are both against severe disease, and their efficacy against moderate disease is actually a little bit higher.

It’s important to note a few things. First, there will be more vaccines dropping soon. Second, J&J’s is a different type of vaccine altogether: The Pfizer and Moderna vaccines empoy a newer technology using messenger RNA to effectively install a defense system in your body. Johnson & Johnson, instead, uses a weakened common cold virus to carry genetic instructions into the body to generate an immune response, per CNN.

More numbers to mull over: Johnson & Johnson’s vaccine was 72% effective against moderate and severe disease in the US, but ranged from one country to another: 66% in Latin America and a seemingly dismal 57% in South Africa. These numbers were measured starting one month after the shot.

If you’re wondering why it was not so effective in South Africa, 95% of cases in the trial were due to a variant you may have heard about in the news lately, the variant known as B.1.351. This mutation is known to be more contagious and may make the virus less susceptible to the antibody immune response prompted by a vaccination. Still, many experts are feeling positive about how effective J&J’s vaccine appears to be in more serious cases globally.

Short King and coronavirus task force mainstay Anthony Fauci seemed to echo many of our thoughts — saying the Johnson & Johnson vaccine and others will help alleviate stress on the already stretched pizza dough thin U.S. healthcare system. "If we can alleviate that, that is really important — not only with this candidate, but the others that have already gotten the EUA," Fauci said during a call with reporters on Friday morning according to CNN.

So, while the numbers are not as good, they’re better than nothing. "I would make an effort to get an mRNA vaccine first," said Paul Offit, a vaccine expert at the University of Pennsylvania and a member of the FDA's Vaccines and Related Biological Products Advisory Committee, to CNN. "Not being able to get it, and knowing I might not be able to get Pfizer or Moderna for many months, and knowing this virus is still ranging across the country, I would take J&J in the secure knowledge that I could get Pfizer or Moderna later."

Look, while this vaccine might be a B-lister right now, let’s not look a gift horse in the mouth, especially when it comes loaded with vaccines that could protect us more than thoughts and prayers.