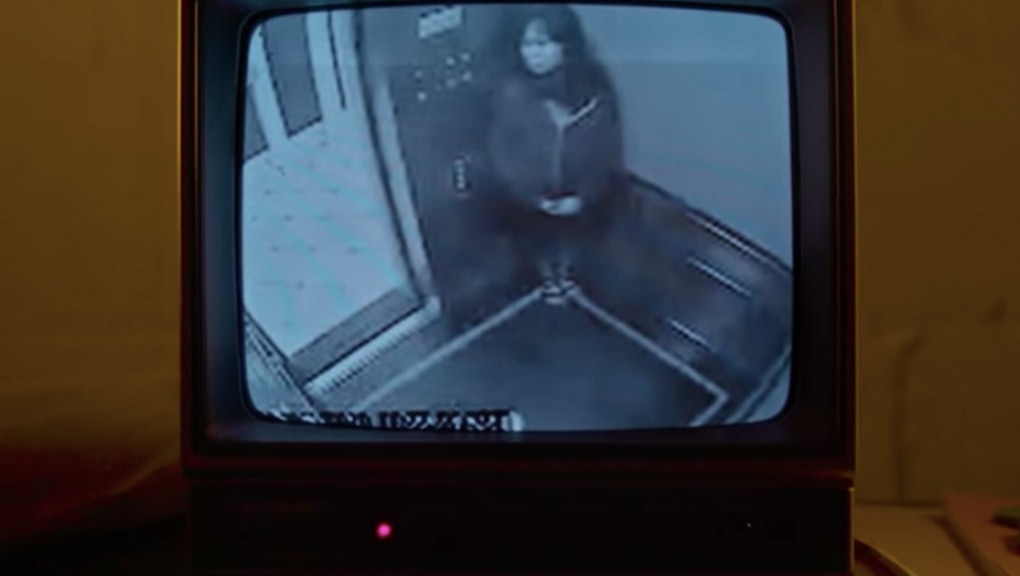 Last week, Netflix released Crime Scene: The Vanishing at the Cecil Hotel, a docuseries about the 2013 death of 21-year-old Vancouver student Elisa Lam, whose body was found in a water tank on the Cecil Hotel roof. The last known footage of Lam, showing her behaving erratically in an elevator in the notorious Los Angeles hotel, captivated the web sleuth community. In the footage, Lam moves her hands “like she’s conjuring a spirit,” one man said in a trailer for the docuseries, as a shot of fingertips snuffing a candle appears onscreen. “It makes people wonder, ‘Is there something evil going on here?’”

The first episode of the series includes a few other paranormal references as well. One interviewee raised the question, “Is there something supernatural happening here?,” while another described the elevator footage as “a mini ghost story.” As the footage plays, so, too does an eerie soundtrack.

But — spoiler — we later learn from the docuseries that Lam lived with severe bipolar disorder. Her autopsy report, combined with a review of her medication found at the hotel, indicated she was under-medicated during her hotel stay. In the fourth and final episode of the series, neuropsychologist Judy Ho (who did not personally treat Lam) noted that Lam's behavior was consistent with a psychotic episode, which can occur in severe bipolar disorder. The Los Angeles County Coroner deemed the cause of Lam’s death accidental drowning, citing bipolar disorder as a significant factor.

The hints at demonic influences depicted in the trailer and first episode of the Netflix series may have been intended to lure viewers, but they continue a pattern of pop culture associating mental illness with the spooky and supernatural — further stigmatizing an already stigmatized medical condition. The fact that a young woman may have died as a result of not taking enough medication to manage her bipolar disorder is tragic as it is. We don't need these sensational elements to make us care about her.

The trope of mental illness as supernatural is nothing new, especially in the horror genre. The Exorcist — in which a mother seeks an exorcism for her daughter, Regan, after psychiatrists fail to address her alarming behavior — also links mental illness and demonic possession. Similarly, The Ring shows Samara in psychotherapy, where she's asked to explain her supernatural abilities. Various characters in the more recent The Haunting of Hill House, which centers on a family's visions of ghosts in the mansion where they've taken up residence, also appear to live with mental illness.

That's not to say all entertainment follows this pattern. Horror films and TV series handle mental illness with varying degrees of deftness, and some of those who live with mental illness have commended the navigation of it, such as in The Sixth Sense.

Still, the general tendency for Hollywood to associate mental illness with the creepy and paranormal at all is worth interrogating. This trope, which dates back centuries, may seem like an innocuous way to thrill and engross viewers. But it can also have the insidious effect of feeding into the existing societal fears of mental illness and the people who live with it. As JSTOR Daily pointed out, linking mental illness to the supernatural moralizes and criminalizes it, allowing us to dismiss mental healthcare as ineffective and reject responsibility for the well-being of those who live with these disorders. Portraying mentally ill people not only as scary or bad, but also as possessed by spirits — that is, not exactly human — makes it easier to marginalize them.

Over the past few years, we as a society have become more comfortable talking about mental health, including on social media. But we have a long way to go. Despite the fact that nearly 20% of adults live with mental illness, those who do face stigma on multiple levels. According to the American Psychiatric Association, there's public stigma and self-stigma (both stemming from negative attitudes toward mental illness), as well as institutional stigma (as seen in, say, the scarcity of mental health services compared to other types of health care). And let’s not forget that mental illness is still considered a taboo subject in many BIPOC communities, where, as MadameNoire reported, therapy is seen by some as “a white people thing."

This stigma seemingly played out in Lam’s life, too. In the documentary, Ho noted that Lam’s Tumblr posts reveal a woman struggling with the idea of her bipolar disorder and the amount of medications she had to take — a woman who pressured herself to prove she could be like everyone else. Ho mused that Lam's solo adventure to California may have been motivated by the desire to seem "normal."

The mentions of the supernatural in the Cecil Hotel trailer and first episode are unnecessary, harmful distractions from the real tragedy: the untimely death of an under-medicated person suffering from mental illness. These references might be subtle, but continuing to associate mental illness with demons and spirits only makes it harder for people with mental illness to seek or access help — something that can have tragic consequences.

More like this
We learned collective grief from 9/11. We could really use those coping skills right now
By Melissa Pandika
'Nine Perfect Strangers' is a deranged portrait of psychedelic wellness retreats
By Erin Qualey
A mother and daughter have been charged with murder after performing a back alley butt lift
By Melissa Pandika
Stay up to date