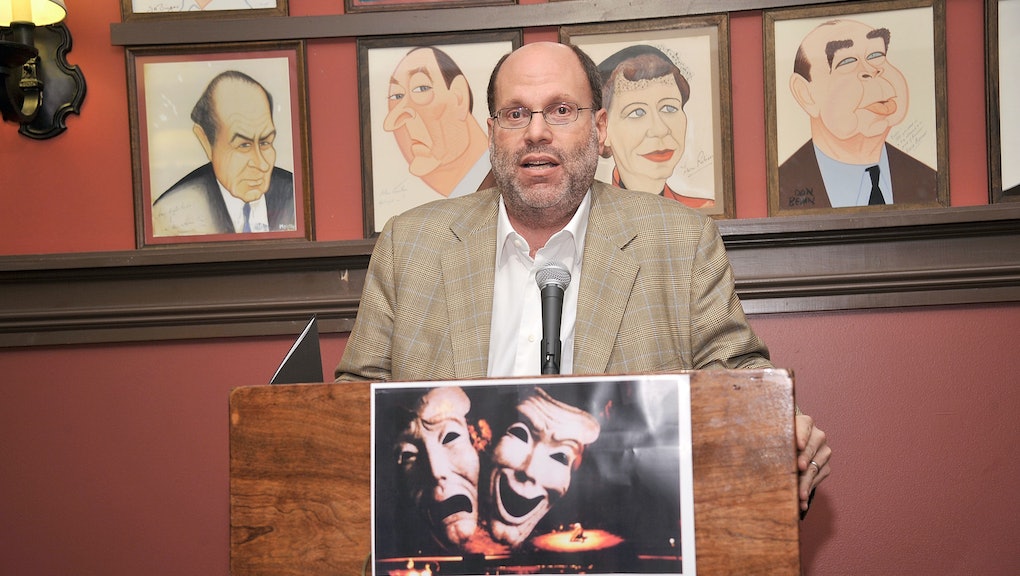 Nobody is remotely surprised by the bullying allegations against Scott Rudin, as detailed in The Hollywood Reporter. The super-producer’s infamously short fuse of a temper was an open secret in the entertainment industry for decades. It speaks to the twisted state of our contemporary work culture that generations of assistants considered it a "badge of honor" to work for the most abusive boss in the business. It didn’t help that Rudin is an EGOT winner and one of the most powerful producers in Hollywood and on Broadway. “If you can survive here, you’ll make it anywhere,” was the sad ethos for aspiring entertainment executives.

What’s shocking is the magnitude of Rudin’s violence, both physical and emotional, towards his staff. The piece describes some intense altercations, and people who witnessed his abuse firsthand say the investigation barely scratches the surface. Most of THR’s sources are anonymous, and many more were unwilling to come forward at all. Rudin “relished in the cruelty” claimed one former assistant, adding that “hundreds and hundreds of people have suffered” from his abuse.

The incidents described by THR aren’t a complete list, but they give a sense of Rudin’s indiscriminate cruelty. On Halloween in 2012, furious that an assistant had failed to book him a seat on a sold-out flight, the producer allegedly smashed an Apple computer monitor on the young man’s hand, leaving him bleeding and needing emergency medical attention.

Another assistant told THR that Rudin threw a potato at his head in 2018 for not knowing why someone from indie film distributor A24 was at the office. “He flipped out, like, 'Nobody told me A24 was on my schedule.' He threw it at me, and I dodged a big potato. He was like, 'Well, find out, and get me a new potato,’” the assistant (who was subsequently fired) said.

Caroline Rugo was hired by Rudin in 2018 and dismissed six months later. She has Type 1 diabetes, and had to carve out 30 minutes each day to exercise. Since the grueling Rudin workdays started at 6 AM and never ended before 8 PM, Rugo went to the gym at 5:30 every morning. When Rudin began demanding she work even longer hours and skip her workout, she refused and lost her job. "I got fired for having Type 1 diabetes, which is a federally protected disability. I 100-percent could have sued him. But I didn't because of the fear of being blacklisted,” Rugo said. She works in development at Netflix these days: “Now that I have established myself here and I am a part of a team where my opinions are respected and welcomed, I have no issue speaking out about Scott. Everyone just knows he's an absolute monster."

It is astonishing that Rudin was enabled to treat people so horribly for so long. Even as predators like Harvey Weinstein were prosecuted as a result of the #MeToo and #TimesUp movements, bullies like Rudin were allowed to continue terrorizing young people. As noted in the THR exposé, “Abusive behavior tends to be overlooked or accommodated when the power imbalance dynamic is at its most extreme.” Rudin remains still one of the most powerful forces in entertainment.

The human toll of Rudin’s petulant behavior stands out even further. Several former staffers told THR the producer’s abuse made them quit the entertainment industry altogether. It's staggering to think about all the talents that could-have-been under less outrageously toxic leadership. "Every day was exhausting and horrific," said Ryan Nelson, who worked as Rudin's executive assistant in 2018-19. "Not even the way he abused me, but watching the way he abused the people around me who started to become my very close friends. You're spending 14 hours a day with the same people, enduring the same abuse. It became this collective bond with these people."