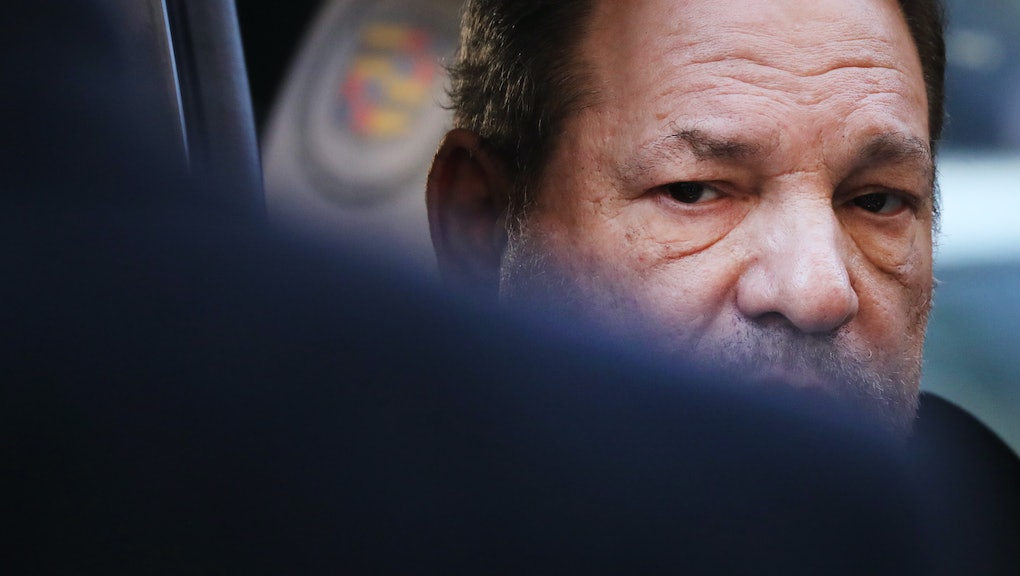 Harvey Weinstein, the former Hollywood mogul accused of sexually assaulting scores of women over his career, was sentenced to 23 years in New York state prison on Wednesday.

Weinstein was convicted last month of raping a woman in a New York City hotel room in 2013 and forcibly performing oral sex on another at his home in 2006. He’d been awaiting his sentencing at Rikers Island jail and faced a maximum 29 years in prison. The hefty sentence handed down today represents justice many of Weinstein’s accusers assumed they’d never see.

Though he was convicted of two specific crimes in late February, there are dozens of other accusations Weinstein will never have to answer to in court. Over 80 women in the film industry came forward accusing Weinstein of assault and abuse over at least a thirty year span, after articles in The New York Times and The New Yorker launched #MeToo into the mainstream in October 2017. Six women testified at Weinstein’s trial in New York, including actress Annabella Sciorra, to support charges of predatory sexual assault.

Mere minutes after Weinstein’s fate was sealed, his lead defense attorney Donna Rotunno made a statement outside the lower Manhattan courthouse, calling the sentence “obscene” and “a cowardly number to give” her client.

Conversely, Manhattan District Attorney Cyrus Vance Jr. hailed the tough sentencing as hopeful. “We thank the court for imposing a sentence that puts sexual predators and abusive partners in all segments of society on notice,” he said from New York City’s criminal courts building.

More like this
Hollywood producer Scott Rudin allegedly "relished in the cruelty" of abusing staffers
By Kara Weisenstein
Why grand jury proceedings are so secretive
By Vanessa Taylor
Why do mass shootings spawn conspiracy theories?
By Michael Rocque and Stephanie Kelley-Romano
Stay up to date