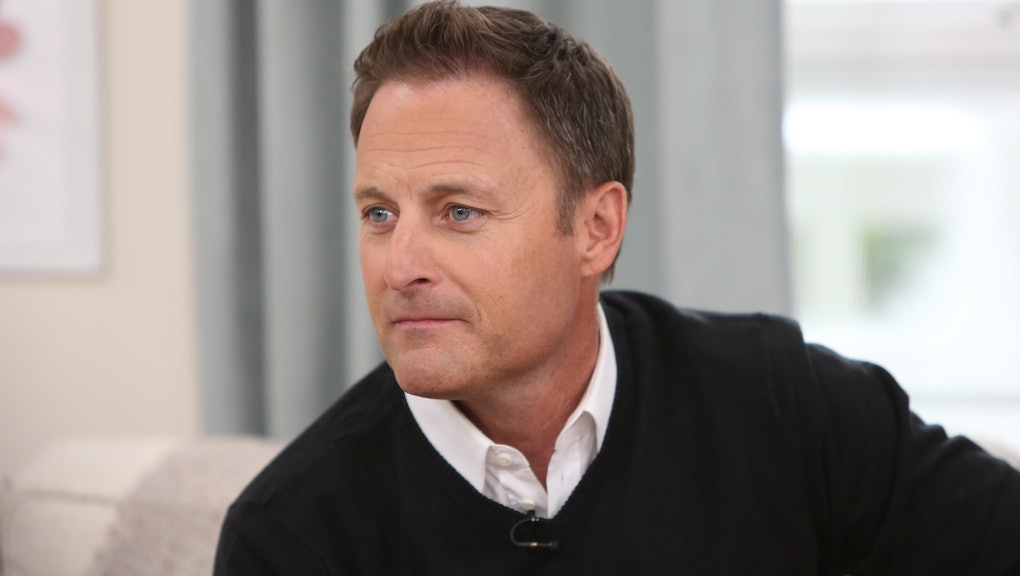 Honey, 'The Bachelor' has only just begun to reckon with racism

Since The Bachelor first launched in 2002, Chris Harrison has hosted “After the Final Rose,” the show’s live special that airs after each season finale. That is, until this year. On Saturday, Emmanuel Acho, author and host of the popular web series Uncomfortable Conversations with a Black Man, announced on Twitter that he will be replacing Harrison for this season’s special episode on March 15. The move comes after Harrison previously said he was “stepping aside” for an undisclosed amount of time amidst the show’s most recent fallout surrounding racial insensitivity.

Harrison’s timeout comes on the heels of an interview with Extra, where he defended contestant frontrunner Rachael Kirkconnell, who had been photographed in an antebellum-style plantation dress at a celebration of the “Old South” three years ago. As interviewer Rachel Lindsay patiently explained that the photos are “not a good look,” Harrison pushed back: “Is it a good look in 2018? Or is it not a good look in 2021? Because there’s a big difference.” But Harrison’s failure to fully condemn offensive actions and attitudes is only a small part of the popular franchise’s negligence toward racial issues — and as the show’s most recent controversy surrounding race surfaces during its most “diverse season,” it has become clear that simply adding more people of color onto The Bachelor does nothing to solve the show’s embarrassing race problem.

After 18 years of centering white leads, ABC’s contentious reality show finally decided to cast its first Black bachelor — Matt James, a biracial 29-year-old real-estate agent based in New York City. Thirty-two women from different backgrounds were also cast, making this year’s contestant pool the most inclusive yet. At the time, Lindsay, who was the first Black Bachelorette, tweeted her suspicion that the move, coming in the wake of historic Black Lives Matter protests against racism and police brutality, was “a knee-jerk reaction and a result of societal pressure.” She went further, writing: “This announcement, without any further commitments regarding diversity, sweepingly brushes deeper issues under the rug.”

This all checks out, because for The Bachelor and its producers, increasing diversity has never been about improving the show’s representation across race, identity, and experience. Rather, it’s about checking off a box that says “color,” and only when they are forced to. Despite the show’s most diverse season ever, with James as the titular bachelor and 25 cast members who identify as BIPOC; and despite hiring more producers of color and a diversity team to work with the cast and crew, contestants of color received less screen time on average than their white counterparts, according to @Bachelordata, a popular Instagram account that analyzes trends in The Bachelor franchise.

This dismissive and tokenizing attitude goes far back. When asked in a 2011 Entertainment Weekly interview if a Bachelor or Bachelorette would ever be a person of color, series creator Mike Fleiss responded, “I think Ashley is 1/16th Cherokee Indian, but I cannot confirm.” In 2012, two Black men who auditioned for the show filed a class-action racial discrimination lawsuit, alleging that the “deliberate exclusion of people of color from the lead roles underscores the significant barriers that people of color continue to face in media and the broader marketplace.” (The case was ultimately dismissed on the grounds that the lawsuit aimed to regulate The Bachelor’s content, which violates the First Amendment).

Meanwhile, on Lindsay’s Bachelorette season, contestant Lee Garrett was found to have a history of racist tweets, including one in which he referred to Black Lives Matter as a terrorist group. In Peter Weber’s 2020 season of The Bachelor, it was revealed that contestant Victoria Fuller did a photoshoot supporting “White Lives Matter.” Contestants of The Bachelor and The Bachelorette undergo background checks before going on the show, and in the age of social media, there’s no excuse for letting evidence of intolerant behavior slip through the cracks. And if it’s true that problematic contestants are intentionally cast, as Lindsay and others have claimed, then this alludes to an even deeper issue where the show gives its widespread platform to racist people in exchange for drama and viewership.

At the end of the day, business is the driving force behind all of The Bachelor’s decisions, including those involving race. Harrison has said it himself. In response to questions about the show’s racial bias in 2015, Harrison said, “I need millions of people to want to watch this show. So I need to put on people that others want to watch.” Evidently, what Harrison believes the show’s predominately white audience wants to watch is other white people on screen. So The Bachelor is careful as the show attempts to appeal to its base, all the while curating just enough people of color to avoid too-obvious of a racial bias. While the show has failed to do that, even when it does cast people of color, they’re often given less screen time than white contestants or portrayed with negative stereotypes.

Both Kirkconnell and Harrison have issued apologies in the wake of recent widespread criticism. Matt James himself even weighed in, posting an Instagram statement last week saying that Harrison’s reaction to the situation “was a clear reflection of a much larger issue that The Bachelor franchise has fallen short on addressing adequately for years.”

As The Bachelor has yet to learn, being an anti-racist show demands more than just casting contestants of different racial backgrounds, and its commitment to doing so cannot be driven by trying to repair the show’s increasingly tainted image. Acho, whose online series about racial ignorance has amassed more than 80 million views since its launch in June 2020, appears to be a solid replacement for Harrison in hosting this season’s post-finale episode. Even Lindsay suggested that the former NFL star “would be fantastic” in an interview with People last week.

However, ending The Bachelor’s controversial season with the last-minute substitution of a Black host who is capable of leading uncomfortable conversations means nothing if the show isn’t willing to continue having them — both on and off set. If The Bachelor is to truly take steps toward fixing its race problem, it must leave room for storylines and narratives for people of color to be told, in addition to ensuring that those who produce The Bachelor reflect the type of show the franchise wants to be. Kirkconnell’s scandal might be The Bachelor’s most recent, but if the show continues to put bandages on its long-standing structural issues, it certainly won’t be the last.

More like this
'Exterminate All the Brutes' is a messy, ambitious documentary that ties together genocide, white supremacy, colonialism ... and Josh Hartnett?
By Nicholas Russell
Britney Spears really wasn't happy with the #FreeBritney doc, it turns out
By Kara Weisenstein
'The Nevers' will be so much better when Joss Whedon has nothing to do with it
By Kara Weisenstein
Stay up to date