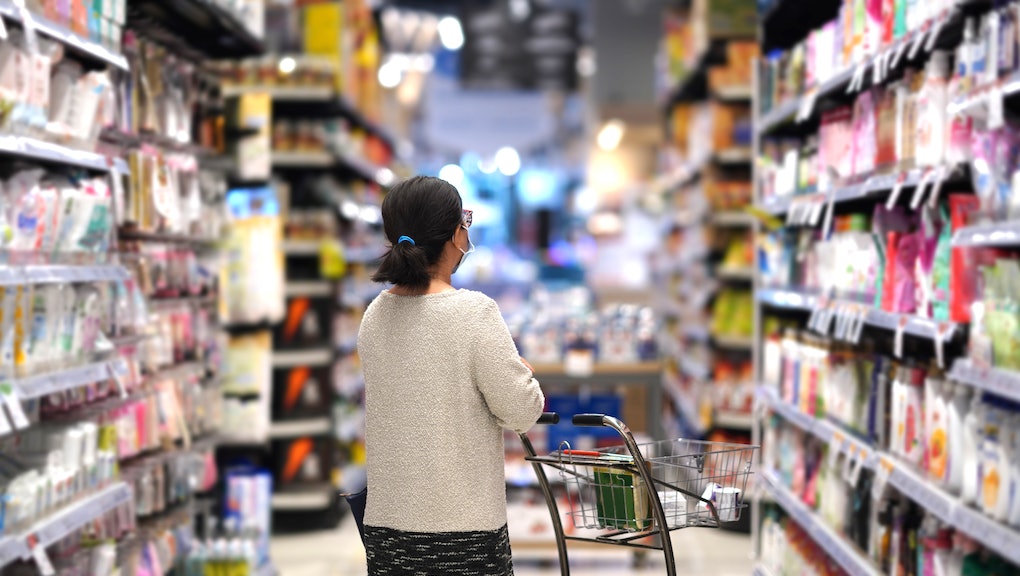 How climate change and capitalism conspired to make everything more expensive

Does it feel like the essentials that you purchase every month, from gas to groceries, are starting to empty your pockets faster than usual? You’re not alone. Thanks to the dual crises of coronavirus and climate change, essential supply chains are feeling increased strain — and the result is shortages of essential goods and inflated prices passed on to consumers.

The warning signs for this problem have been around for months, if not longer. In November, the United Nations Conference on Trade and Development released a report that showed global shipping declined by more than 4% in 2020. It was the first drop-off since 2009, when the world was in the middle of a global financial crisis. This has caused a pretty major disruption to the availability of certain foods in the U.S. and around the world.

According to the Food and Drug Administration, about 15% of the country's overall food supply is imported, including most of America's fruit. So as the shipping industry has been disrupted, the cost of food has started creeping up. The U.S. Bureau of Labor Statistics reported in January that the cost of food eaten at home increased by 3.7% compared to a year ago. Things are even worse around the globe: According to a report from Bloomberg, the price of tofu has skyrocketed by 30% in Indonesia; Brazil has seen the popular turtle bean jump in cost by 54% over the last year; in Russia, the price of sugar is up 61%. Supply chain problems have also led to lots of wasted food. Last year, reports found that farmers were dumping millions of gallons of milk that they simply couldn't get to stores.

But it’s not just food. Gas and oil prices have also been increasing, which both hurts consumers financially and increases the cost of supplies that have to be shipped and transported. Oil production screeched to a halt early on during the pandemic, with the price per barrel actually going negative at one point, meaning companies were actually willing to pay to get rid of their reserves. Now, as many regions are (recklessly) opening back up, demand for gas and oil is on the rise — and the price is going up with it. A report from NBC News found that gas prices have increased in the U.S. by $0.18 in the last two weeks alone, of nearly 10 percent in some parts of the country.

While much of this can be attributed to the ongoing pandemic, it’s climate change that might actually be the biggest issue for the foreseeable future. An assessment published last week by researchers at Texas A&M University estimated that Texas farmers lost about $600 million in crops and livestock during the unprecedented winter storm that hit the state last month. That loss means a shortage of food both in Texas and around the country, as Texas is a major exporter of meat, dairy, grains, and vegetables. This will undoubtedly contribute to increased costs for goods across the country, where food shortages are already a major problem for millions of people.

The storm also disrupted Texas's ability to export gas and oil. The state is the largest oil producer in the country, and its inability to export fossil fuels is likely in part responsible for the recent jump in gas prices.

These disruptions should not be viewed as one-time occurrences or outlier events. As climate change continues to worsen and the planet continues to warm, "business as usual" will increasingly be interrupted. Rising sea levels and changes to bodies of water are expected to disrupt major international shipping channels. Extreme weather like the winter storm that hit Texas will become more common and more intense, causing untold damage to essential industries like agriculture. That will contribute to the growing cost of food, as meeting demand will become more difficult.

In other words: It’s time to start thinking of these supply shortages and price surges as the new normal rather than aberrations. Unless, of course, we decide to do something about climate change (or, you know, capitalism).

More like this
What cities will be most affected by climate change?
By Vanessa Taylor
The ocean is about to swallow a climate research facility, which feels fitting
By AJ Dellinger
Leaked calls reveal the conservative "master plan" to tank climate action
By AJ Dellinger
Stay up to date