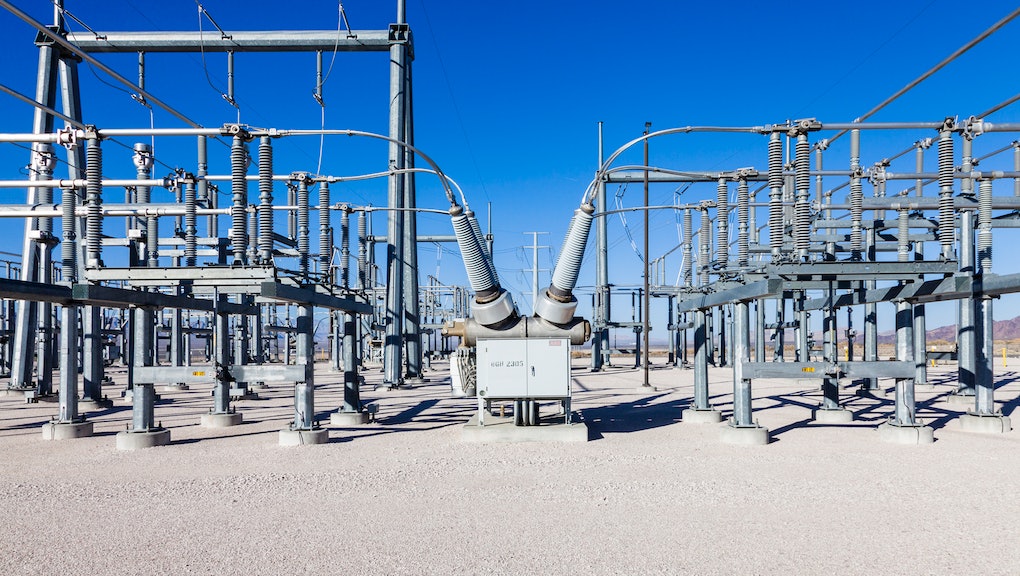 It's not just Texas: America's entire power grid is prone to failing as climate change worsens

When a winter storm brought an unprecedented cold spell to Texas in the middle of February earlier this year, the lone star state was caught completely off guard. As the temperature dropped below freezing, Texas' power sources — largely reliant on fossil fuels, like natural gas and coal — failed and left millions without power. The fallout was devastating, with people resorting to burning their furniture and running their cars in their garages just to stay warm. At least 80 people died as a result of the storm.

It's easy to write Texas off as an outlier. The state went out of its way to almost entirely isolate itself from the rest of the country, largely choosing not to participate in the national energy grid in order to avoid federal regulation — the same regulation that very well may have mandated the type of weatherization requirements that could have kept Texas' power plants operational through those unexpectedly harsh winter weeks. For years, state officials ignored warnings from experts that predicted its grid would grind to a halt if hit with extreme weather. In the lead-up and the immediate aftermath of the natural disaster, Texas’ leaders leaned into advice from fringe figures and spouted falsehoods blaming renewable energy to cover up for their own failings.

The truth is, despite some unique circumstances, Texas is far from unique when it comes to its insufficient energy infrastructure. The United States as a whole has largely failed to keep its grid up to date. For two decades now, the American Society of Civil Engineers (ASCE) has given the country a D+ grade for its energy infrastructure (though it just recently ticked up to a C-), stemming largely from the fact that the grid is old and languishing, and very little is being done to update it. Most of the country's "modern" grid — including many of its transmission and distribution lines and many power plants — was built in the 1950s and 1960s, with a 35- to 80-year life expectancy. That means much of it should have been retired and replaced by now. Instead, we're relying on that infrastructure even more than we were when the grid was originally built. The country's population has increased since then, and most people use more energy, especially in a society that’s increasingly reliant on electricity-fueled technology.

The breakdown of the critical infrastructure has been bad, though it often goes unnoticed or unconsidered because the failures rarely happen in as massive and sustained a way as they just did in Texas. It’s common for Americans to experience blackouts. According to 2019 U.S. Energy Information Administration data, the average energy customer loses power at least once a year, adding up to about five hours of interruptions. While this is normal in America, these types of outages don’t happen everywhere. According to data collected by the Galvin Electricity Initiative, U.S. residents spent more time per year with the lights out due to grid failure than people in any other industrial nation, experiencing anywhere from two-to-ten times as many minutes without power.

Certainly, part of the outdated nature of the grid comes from reliance on natural gas and other dirty-burning fuel. “Texas failed to prepare for the extreme weather we all know is coming as a result of our changing climate," Colin Leyden, director of legislative and regulatory affairs at the Environmental Defense Fund, tells Mic, noting that, "freezing natural gas and coal plants were the major problems" responsible for the state’s failures. While Republican politicians tried pointing to frozen wind turbines as the issue (despite the fact that those failures only accounted for 13% of outages), the reality is that natural gas pipelines, which were not sufficiently weatherized, shut down in Texas when faced with the cold. More than two-thirds of all energy generated in Texas comes from fossil fuels; and the rest of the country is just as reliant on these dirty-burning fuel sources. According to the U.S. Energy Information Administration, more than 62 percent of all electricity generation in the country comes from natural gas, coal, and oil.

By contrast, he says, a diverse mix of clean energy sources and reliable energy storage would have stood a better chance of weathering the storm. "These resources have fewer mechanical parts to freeze or fail if properly weatherized," he explains. "They also don’t rely on delivered fuels that can freeze or become inaccessible during a crisis. In fact, if there’s one thing we can count on every day, it’s that somewhere, the sun will be shining and the wind will be blowing."

While continuing to use fossil fuels puts the grid at risk, it's the burning of those fuel sources over the last century and the resulting emissions hanging around in our atmosphere that have created the biggest threat to our energy infrastructure in the first place. We know that climate change has led to a significant increase in extreme weather events and devastating natural disasters. Those disasters, in turn, have put a massive strain on the country’s power grid. A 2014 analysis by Massoud Amin, director of the Technological Leadership Institute at the University of Minnesota, found that blackouts were becoming an increasingly common occurrence across the country, with extreme weather events among the leading causes. Amin found that while weather once accounted for 17-to-21 percent of major outages, that increased to between 68 and 73 percent at the start of the last decade. A study published by Climate Central reported similar findings, noting that blackouts were 10 times more common in 2014 than they were in 1980, and weather-related outages more than doubled over the course of the last decade.

More recently, we’ve seen this play out in the aftermath of disasters like the devastating wildfires in California, the powerful hurricanes that pummeled the east coast, and yes, the snowstorm in Texas — all of which resulted in power outages or shortages.

William Hogan, Raymond Plank Research Professor of Global Energy Policy at Harvard University, tells Mic that the Texas cold front "has been described as a one-in-100 year event," or a storm that theoretically has a one-in-100 chance of happening in any given year. He noted that, if that’s the case, it may have been too significant an event for any planning to completely withstand. He explains that most industry planning accounts for “ten-year” events, which typically result in outages of just hours, not several days.

The problem, though, is the possibility that these so-called one-in-100 storms (also referred to as 100-year storms) may now occur more often, thanks to climate change. Multiple studies have suggested that this will be the case. If extreme weather conditions continue to worsen, the U.S. energy infrastructure will require even more weatherization and greater efforts to keep systems operational. "If we don’t systematically address these challenges, they’re going to continue to bloom into events like we’ve just seen," Ted Kury, Director of Energy Studies at University of Florida's Public Utility Research Center, tells Mic.

The Biden administration has promised a massive overhaul to the country's energy infrastructure: The proposed $2 trillion investment over the course of four years is focused on the goal of ending all carbon emissions from power plants by 2035 and rebuilding the nation's grid in a way that will insulate it from extreme weather. If successful, this would be a long-overdue initiative that would not only address the crumbling state of the dated infrastructure, but also upend the reliance on fuel sources that are actively harming the planet. It should have been done years ago, but better late than never.