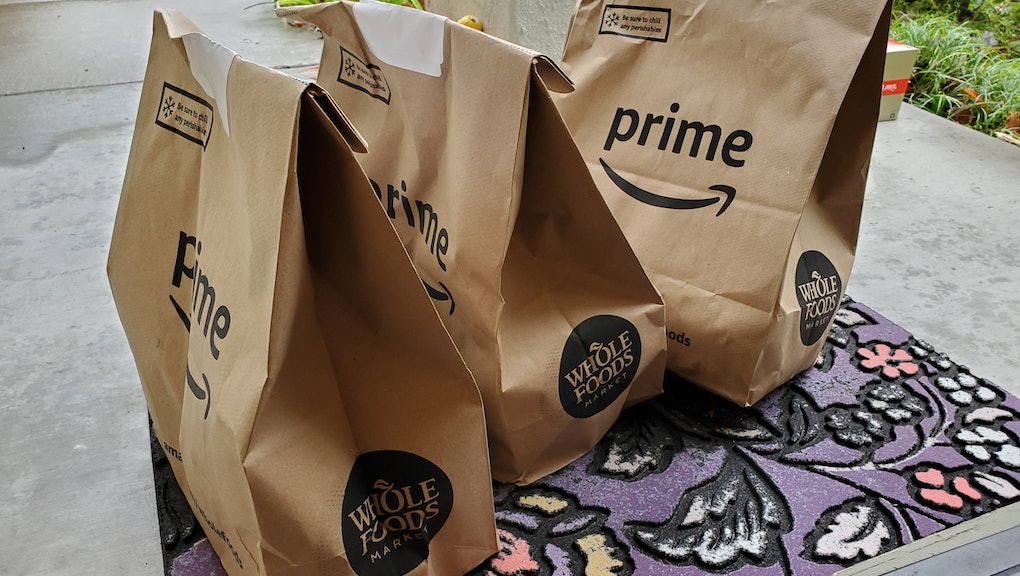 How did Amazon skim nearly $62 million of their drivers’ tips?

Successful companies love business jargon for good reason. These words act like bells and whistles just circling back to a whole lot of nothing. Jargon like that keeps a business’s status quo, and Amazon is an exemplar of this tactic. This time, it was evidently to skim money from their own employees. According to a report from Tuesday, federal regulators say that Amazon’s Flex, part of their grocery courier service, skimmed nearly $62 million in tips from drivers between 2016 and 2019.

The company reportedly told drivers, during hiring, that they’d “pass to you 100% of tips you earn.” They also told customers using the service that 100% of the tips were “passed on” to drivers and not going to Amazon itself, the FTC ruling states. The filing goes on to say that even though Amazon used this tipping factoid to hire interested drivers, the company soon started skimming tips off the top, which sounds like something from a Scorsese movie. Or something a big greedy corporation might pull.

This sounds pretty bad and it’s hard to position it as a mistake on the company’s end. By middle managing the act of subtracting one number from someone’s wallet and then adding that same number somewhere else, a simple transaction is difficult to get wrong unintentionally.

The company switched from a normal tipping system to a variable-pay-system soon after launching, apparently without telling employees or customers about it. This system, which calculated the tip based on an algorithm, was based on “employee performance.” In basic terms, the app would assign customers one price without the tip, then tell drivers what they potentially could make if they took the transaction. Based on what the customer tipped afterwards, the algorithm would pocket the difference — without telling drivers what they were actually tipped. I bet that algorithm used to take the others’ lunch money in school.

It appears that this all came to light only after drivers realized how much of a PR disaster it would be for the trillion dollar company, whose spokesperson Rena Lunak admits no wrongdoing, of course. She said, to the Washington Post, that the tipping policy was crystal clear to everyone.

News of this ruling comes on heels of Jeff Bezos, Amazon figurehead and inspirational figure to Bond villains in training, stepping down as CEO. Bezos isn't really going to stop working, take up daytime television and needlepoint like some of us would — he’s reportedly transitioning to the role of executive chair, and Amazon executive Andy Jassy will climb one rung the ladder to become CEO. Don’t get it? Just watch Succession and you’ll get the idea of what’s happening here.

More like this
Amazon wants to legalize it
By Melissa Pandika
100 years after the country's largest labor war, its dark legacy still looms
By Kim Kelly
Delta might be the last COVID nightmare variant we get
By Ian Kumamoto
Stay up to date