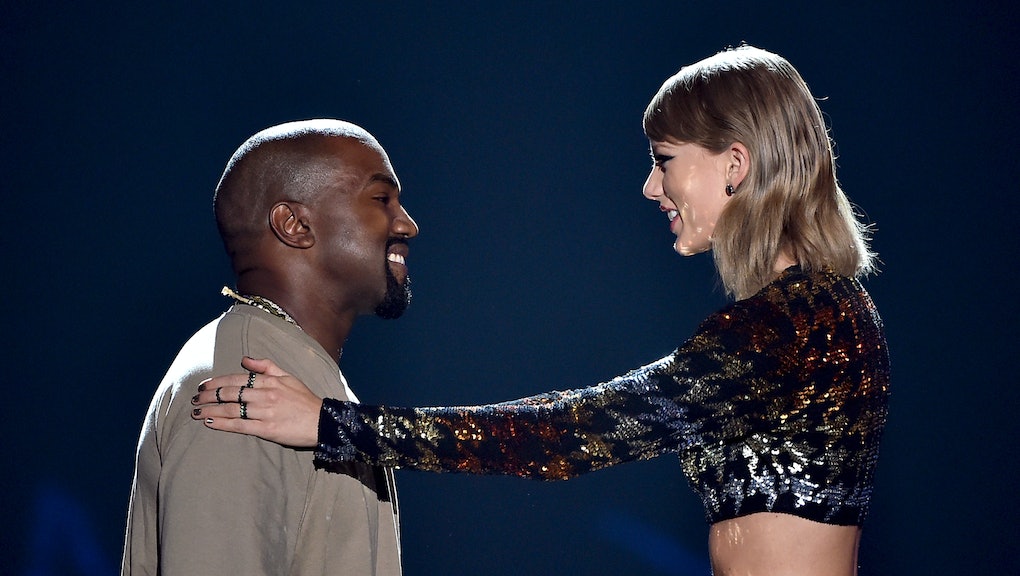 How did Kanye West suddenly become one of the most pro-labor voices in music?

When someone’s as pliable and unpredictable as Kanye West, they’re sure to occasionally stumble on righteous anger. In the midst of a messy, barely existent, and potentially illegal presidential campaign, West has shifted his attention to draconian record label contracts. He’s advocated for artists to wrestle back control of their masters and unionize — along with peeing on a Grammy somewhere to, uh, buck the establishment. Now, West has reaffirmed that he’ll help Taylor Swift win her masters back from Scooter Braun.

In a recent interview with Billboard, Kanye doubled down on an earlier pledge to talk to Braun, a “close family friend,” into ceding control of her masters. “All artists need to be free and own their rights. Taylor Swift deserves that, just like everyone else,” he told Billboard. “As I mentioned before, Scooter Braun is a friend and we’ll be having that discussion.”

Although the article’s line of questioning seems to gesture toward these conversations only benefiting the biggest stars in music who can afford to buy back their masters — and, oddly, crediting labels for taking a chance on artists who don’t make it — Kanye pushes back on the notion:

“What I outlined was in no way linked to me being successful and fortunate in my success. Asking for major labels to adapt their royalty portals is for everyone, especially those unable to afford a team. The music business is new now. You sign to a major, you put your songs in a huge pot of titles they use to negotiate with...We create their value in getting our songs to earn us sales, but also equity. Removing things like [label-wide licenses] is just me pointing out the old deals cannot just [change] by adding the word "streaming" in the sales section.”

He’s exactly right, in identifying how little these predatory major label contracts have changed over the years as the industry transformed completely. And doubly so for countering the notion that only A-listers stand to benefit from these conversations, as evidenced by the indie label Tiny Engines effectively shuttering last year over unpaid royalties and masters disputes. However, he’s perhaps a little too reticent to keep collaboration with the majors on the table, particularly UMG and Sony/ATV. “I will work with anyone who treats artists fairly & righteous. They do that, I will partner with them in bringing music to life. I will redesign the whole process,” West said.

Artists on his G.O.O.D. Music label are already giddy at the prospect of getting Kanye's 50% share of their masters returned. Despite potentially committing election fraud and working in cahoots with the Republican Party, Kanye’s become one of the most unlikely labor-friendly voices in pop music this week.