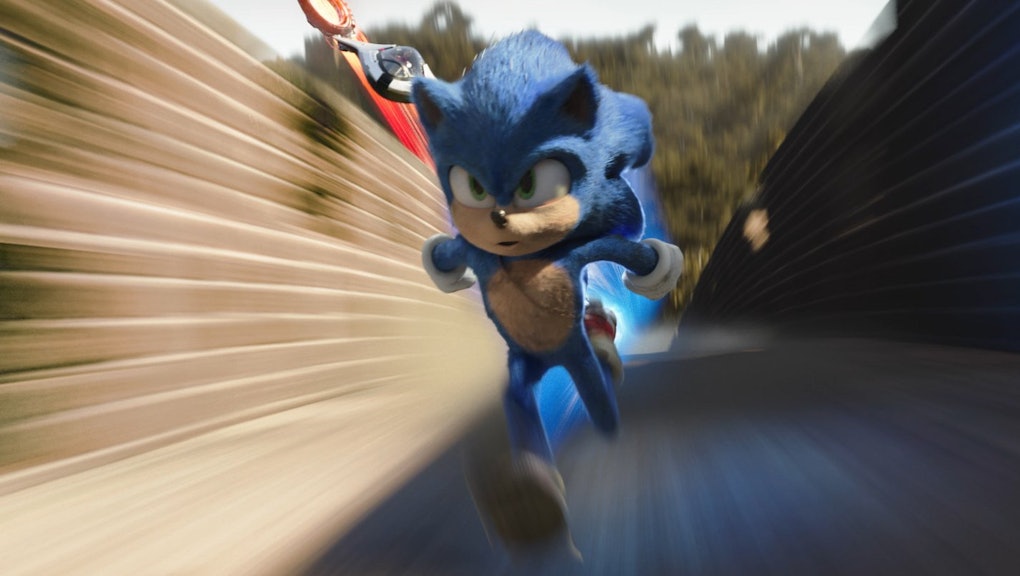 How fan-led petitions are changing the way movies get made

For two days in the spring of 2019, you couldn’t log on to Twitter without seeing a dozen posts about how ugly Sonic the Hedgehog was. In the wake of the new Sonic film’s first trailer, the Internet’s warring factions were briefly united in a truce centered around a thrilling pastime: clowning on computer-generated Sonic’s gross new face. Audiences rejected the iconic character’s live-action redesign wholesale. They didn’t like his muscular thighs, they didn’t like his chilling, wide-set eyeballs, and they certainly didn’t like his massive human teeth. The Sonic team quickly relented. Director Jeff Fowler announced via Twitter that the design would be fixed. Fans rejoiced.

This kind of aggressive reaction from a loud and enthusiastic fanbase is nothing new. But one thing is. Fans used to write in to magazines to air their grievances; today they tweet at creators and make online petitions. As it has in every other area of modern life, the Internet has only amplified the voices of dissatisfied consumers of blockbuster movies. Now comes a complicated possibility: What happens when the people producing said movies might start paying attention?

In the case of Sonic, the prevailing sentiment surrounding the character’s subsequent redesign has been one of overwhelming positivity. It’s undeniable that the hedgehog is now much cuter and more palatable than the grotty original, but it’s also undeniable that the film looks much more, well, boring. Sonic was almost another Cats-style perversion of the Hollywood system, a slice of cartoon horror smuggled into a children’s movie. Now, it just looks flat.

Still, it’s hard to fault Paramount for making the decision. Inviting the collective fury of the Internet is a difficult proposition for any studio. Justice League director Zack Snyder was fired by the studio more than two years ago, but fans are still campaigning for the release of Snyder’s version of the film.

For such fans, the movement is partially about demonstrating that there’s money on the line. “We have reached [the] mainstream and demonstrated a financial incentive & worldwide demand for the product,” said Will Rowlands, one of the originators of a GoFundMe that raised $26,000 to blanket Comic-Con 2019 with “#ReleaseTheSnyderCut” advertising. (More than half of that total went to the American Foundation for Suicide Prevention, in memory of Snyder’s late daughter.)

The potential financial incentive Rowlands described is the most obvious explanation for studios’ movements towards fan indulgence. In a Hollywood Reporter roundtable in October, Disney CCO Alan Horn said as much, crediting “the fan base” with the resolution of a brouhaha surrounding the production of the next Spider-Man film. Sony threatened to pull Tom Holland’s popular portrayal of the character out of the Avengers films, and fans, predictably, objected.

Nathan Phillips was one of those fans. Phillips, a comics podcaster whose Change.org petition to return the character to the MCU garnered more than 160,000 signatures, wasn’t sure if the petition would change executives’ minds, but he figured it would only be good business. “I thought...maybe we can do a petition and someone like Tom Holland or something will see this petition and go hey, and share it,” said Phillips.”And then it would get even more traction, and then Disney or Sony or whoever would be like, ‘Oh, we’re messing with big money if we walk away from this deal.’”

Phillips also acknowledged that at a certain point, this new degree of fan power may go too far. “At some point, we have to be accepting of what we get, and not be overzealous and ungrateful,” he said.

The case of the Star Wars franchise indicates that we may be approaching that point. Even as Rian Johnson’s 2017 installment in the long-running franchise racked up rave reviews and record-breaking box-office results, passionate fans of the franchise struck back with force. One petition to fully erase the story from Star Wars canon received over 116,000 signatures.

At the time of The Last Jedi’s release, such a petition seemed a laughable notion. Even Henry Walsh, the petition’s creator, didn’t expect anything real to come of it. “I never felt it would convince Disney to do anything,” Walsh told Mic in a direct message. “The petition actually said it wouldn't. It was for people to show they were upset at the direction characters took.”

But watching the latest Star Wars film, it seems clear co-writers JJ Abrams and Chris Terrio did take fan criticism of the previous film into account. The Rise of Skywalker apologizes for The Last Jedi in a hurried manner more reminiscent of a scribbled grocery list than a major Hollywood blockbuster. Controversial plot elements from the previous film have been entirely reversed, and the return of a fan-favorite villain in Emperor Palpatine means the entire affair stinks of sweaty desperation for fan approval.

It would be understandable if Walsh felt victorious. The Last Jedi may not quite have been struck from canon, but its most major developments, specifically its insistence that the next great galactic hero can come from anywhere, have been all but entirely reversed.

And yet, for Walsh, nothing about the petition feels like a victory. Days after originally posting it, he added an update explaining that it had been written under complicated circumstances after a recent car accident. “Frankly I was angry at the world, on pain medications, and was being treated for my head injury and adjusting to medications for my bipolar disorder,” he told Mic.

Speaking to Walsh, there’s an immediately evident distinction between him and the bitter, virulently sexist Last Jedi fans that have dominated social media. Like Rowlands, he used the opportunity of the petition to implore fans to donate to charitable causes. “This is a tremendous amount of power that can be used for good,” he wrote in that first update.

That kind of fandom is a far cry from the kind of toxic bile that pushed Last Jedi star Kelly Marie Tran off of Instagram. In his messages to Mic, Walsh emphasized that distinction. “I never mentioned Kelly Marie Tran. I like her as an actress,” he said. Tran, whose role in Rise of Skywalker was notoriously cut, is the most notable casualty of the new film’s effort to win over the fans who rejected her. It’s an effort that sweeps well-meaning fans like Walsh in with some of the most poorly-behaved voices on the Internet. Nuanced complaints are ignored in favor of knee-jerk reactions. The Rise of Skywalker doesn’t feel like a film made by someone who read through Walsh’s criticisms; it feels like one made by someone who read the title of his petition and assumed they understood the gist of it.

At the end of the day, this tactic of selling to the loudest bidders struggles to appeal to everyone but winds up satisfying no one. Fans may have more power than ever before, but it’s a prize that comes with an exhausting level of engagement and a constant appetite for outrage, without clear results. Despite easily cracking a billion dollars at the global box office, The Rise of Skywalker has been widely perceived as a financial disappointment. Walsh saw it last month, and gave it an appropriately mixed review.