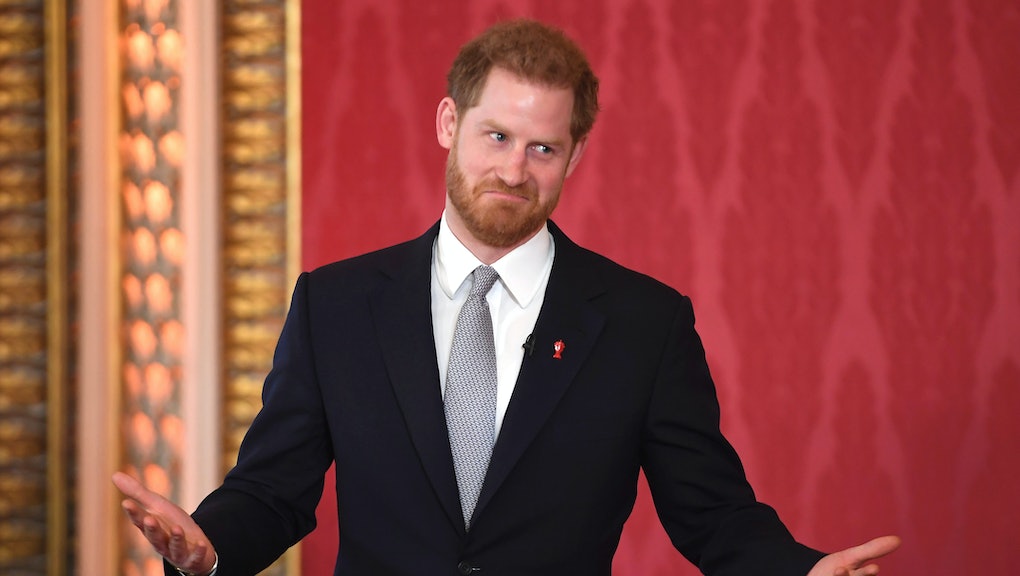 How many jobs does Prince Harry really need?

Buckingham Palace cut off Prince Harry and Meghan Markle financially when they defected from the royal family, which means the couple had to figure out another way to pay for their $14.7 million California mansion. Well, in addition to those lucrative Netflix and Spotify deals, the former Duke of Sussex has landed himself two very fancy and totally real jobs this week. He seems exceptionally qualified, and there’s certainly no way these organizations are capitalizing on his clout. Simply no way!

Let’s learn more about Prince Harry’s foray into corporate America, shall we? The first job he nabbed this week is a C-suite level role at a Silicon Valley startup, BetterUp, which bills itself as a “people experience platform.” Essentially, it’s a privatized coaching and mental health company geared towards corporations and bettering workers. Prince Harry will work in an advisory capacity, mostly dealing with "initiatives including product strategy decisions and charitable contributions." BetterUp’s chief executive, Alexi Robichaux, called it a “meaningful and meaty role.”

Prince Harry told The Wall Street Journal why he took the gig: “I intend to help create impact in people's lives. Proactive coaching provides endless possibilities for personal development, increased awareness, and an all-around better life." It makes sense why he'd want to focus on mental health advocacy, after witnessing Meghan struggle and be denied health care by the Firm. But critics have pointed out that working for a start-up that pushes for privatized health care undercuts the prince's professed advocacy.

The other role Prince Harry landed this week is with the Aspen Institute, serving on its new Commission on Information Disorder. The erstwhile duke is (again, understandably) quite concerned about the insidious impact of fake news. So he'll be working in a part-time capacity to figure out how to combat it, alongside names like journalist Katie Couric, Color of Change president Rashad Robinson, and (interestingly) Rupert Murdoch's daughter-in-law, Kathryn.

"The experience of today's digital world has us inundated with an avalanche of misinformation, affecting our ability as individuals as well as societies to think clearly and truly understand the world we live in," Prince Harry said in a statement. "It's my belief that this is a humanitarian issue, and as such, it demands a multi-stakeholder response from advocacy voices, members of the media, academic researchers, and both government and civil society leaders." No arguments there.

What's legitimately weird about Prince Harry's new jobs is that they have basically nothing to do with his professional and educational experience. The man can give a speech, ride a horse, fly a plane, and other princely things, but I didn't realize he was qualified to weigh in on mental health or online misinformation. Most likely, the symbiotic story behind these gigs is that the organizations want Prince Harry's name and connections attached to their efforts, and he wants to feel like he's making a difference.