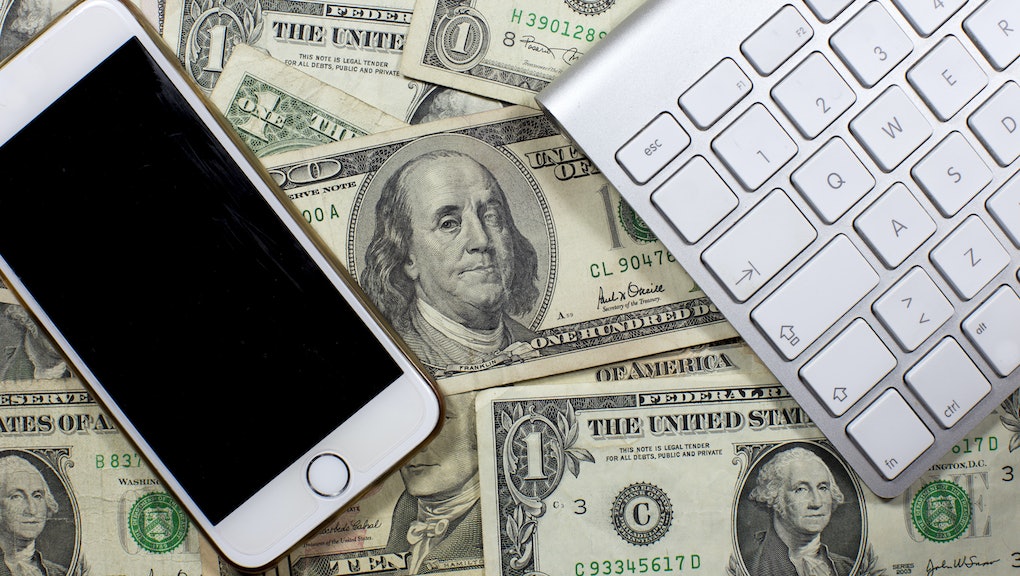 How much is your data worth? A new bipartisan bill wants to make big tech reveal a price tag.

At the center of many discussions about tech privacy is the fact that companies are making a serious profit off of selling your personal info. But just how much is your data worth to the tech companies who collect it? You may soon find out. According to Axios, a pair of bipartisan Senators have introduced a new bill that would require companies like Facebook, Google and Amazon to reveal the exact price tag they put on your information.

Senators Mark Warner (D-Va.) and Josh Hawley (R-Mo.) introduced the bill, the Designing Accounting Safeguards to Help Broaden Oversight and Regulations on Data Act on Monday, though you can forgo the extremely unruly name and just call it by its acronym, the DASHBOARD Act. The idea behind the bill is to peer into the black box these massive tech firms maintain and figure out exactly what they are collecting and how much that data is worth to them. Doing so should give users of these platforms a better idea of just what they are giving away in exchange for using free services and allow them to make better and more informed decisions.

The bill wouldn't require tech companies to actually pay users for their data — an idea that has been floated before, though almost certainly won't gain much traction among the firms that suck up all that information. But it would add transparency to the process and give people a better idea of what their information is worth to the companies who want it most. If you know your worth to these companies, you may be less willing to simply let them cash in on your information. It may even give users leverage to opt out of data collection, choosing instead to pay for services in exchange for privacy — something that few companies currently offer because there is little demand for it.

Actually crunching the numbers on how much data is worth can get pretty tricky. There are estimations as to how much our information is worth when converted to cash value, but they are all over the board. According to Senator Warner, a co-sponsor on the DASHBOARD Act, a person's data is worth around $5 a month. A calculator designed by Financial Times shows how much your personal information likely sells for when it is bought and sold by massive data brokers, and you'll find that it isn't much — typically because these firms sell information in bulk for as little as $0.50 per 1,000 people.

It's also noteworthy that what your data sells for isn't necessarily what it's worth. In all likelihood, your data has a lot more value to companies than what they pay for it. An organization called Wibson that intends to help users find ways to profit off their data suggested that Facebook generates about $20 per year from each of its active users. The company also believes that an individual's data is worth as much as $240 per year to digital advertisers who collect, purchase, and trade your information and use it to serve up targeted ads. According to the Internet Advertising Bureau, while an individual's profile may sell for as little as $0.005, it's worth about $1,200 to the internet advertising ecosystem.

Even if the DASHBOARD Act manages to provide some clarity in terms of how companies value user data — which, again, may be different than how much they actually pay for it — there is no guarantee that people will actually pursue any changes. A survey conducted by the Center for Data Innovation found that while 80 percent of Americans would like for companies to collect less data, just one in four would actually be willing to pay a monthly subscription in exchange for privacy. Another survey conducted by researchers at Carnegie Mellon and Stanford back in 2012 may provide more insight here. They found that just 11 percent of people would pay $1 per month to withhold their data from sites while 69 percent would turn down a $1 discount from their internet service provider in exchange for their data. Put more simply, people aren't willing to pay for privacy from sites that have already sucked up all of their information in exchange for free services. When they are already paying, though, they aren't willing to take a discount in exchange for their information.

These numbers may flip if people know exactly how much their information is worth. There is certainly no harm for consumers in being able to see a price tag attached to their data, especially after years of being left in the dark. That will require the bill to actually pass, though. The DASHBOARD Act will have to be brought to the floor in the House and Senate, where it will need a majority of votes to pass. Seeing as there is bipartisan support backing the legislation, it may stand a decent chance of landing on the President's desk — though it's no guarantee that he will sign it. If it does make it all the way through, any company that generates a significant amount of revenue from users' data and has more than 100 million monthly active users will have to disclose exactly what they collect and how they use, plus provide the value of that data once every 90 days. Those companies would also have to provide a tool for users to delete all or part of their data — a much needed lever for people to protect their privacy.