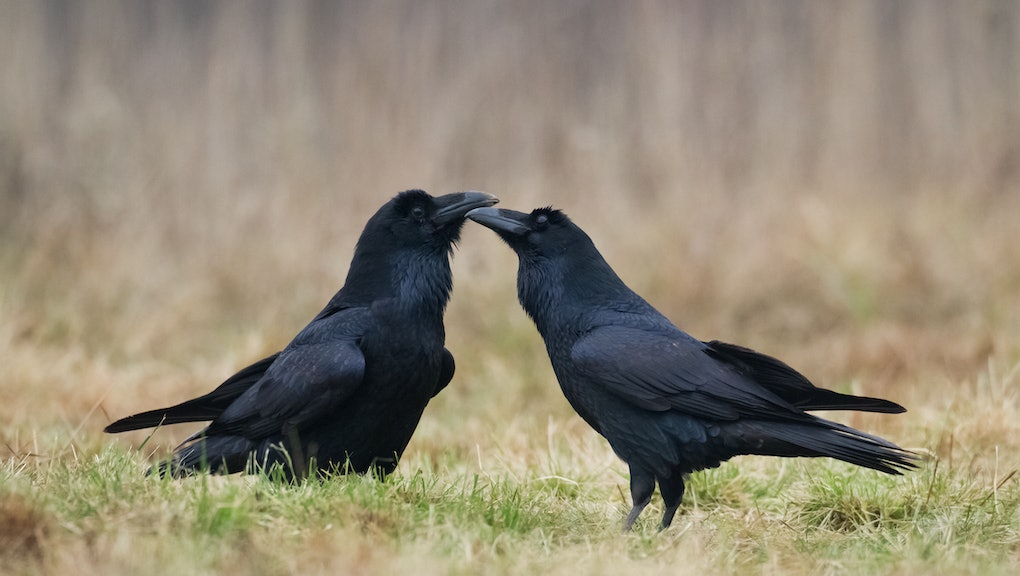 How smart are ravens? The birds can even pick up on their friends' bad vibes

It's not just you — even ravens can feel bad when their friends feel bad. That's what a study, published by the Proceedings of the National Academy of Sciences, has found. In an effort to understand the evolution of empathy — which asks questions such as why, and how, it was necessary for social creatures to develop empathy — researchers created an experiment that manipulated the positive and negative emotions of ravens. Given how smart ravens are, they made the perfect subjects.

The experiment began with training eight ravens to understand the difference between two boxes. One box contained nothing. Another box contained a piece of tasty cheese. Once the ravens memorized which box was which, they were introduced to a new, third box. The researchers carefully observed how the ravens reacted and behaved around the third box. Ravens expressing optimism, hopeful for a treat, pecked eagerly at the new box. Others that expressed pessimism kicked and dug at their environment instead.

Once these behaviors were defined, the experiment moved on to the next phase. The birds were paired off and assigned different roles. 'Raven-A' would physically take part in a test while 'Raven-B' was set aside to watch their partners. This way, the Raven-B birds could not see the actual test; they could only see the reaction of the other ravens. The researchers then presented Raven-A with either raw carrots (most hated among the raven group) or dog food (most loved). The Raven-A birds given dog food responded with normal interest. The ones that watched the dog food get taken away, and received carrots instead, reacted with angry kicking and scratching.

This result implies that the negative emotional state of a raven can affect another raven — a phenomenon called "emotional contagion." This behavior is found very easily in groups of humans, such as moments when the excitement of a few individuals spreads throughout a crowd. According to the authors of the study, emotional contagion is "a powerful mechanism for information sharing and, as a consequence, an increased defense against predation and the facilitation of group living."

In other words, being able to read a friend's mood can help ravens behave appropriately in groups and 'communicate' to each other whether they should expect something good or bad to happen. This isn't beyond a raven's ability; they are one of the smartest animals in the world due to their exceptional thinking and learning skills (such as figuring out how to create their own multi-part tools). The results of this study also imply that negative emotions are more contagious than positive or neutral ones. This wasn't a complete surprise to the research team. "[A]nimals (as well as humans) attend more to negative than positive information in their environment," noted the authors.

With their high level of cognitive ability, it might not be a shock to learn that ravens can adapt to each others' emotions. But the finding is still exciting, and ravens now join a list of species that exhibit emotional contagion that includes humans, dogs, and monkeys. Together, they all make up the pieces of the greater puzzle of how empathy was developed in nature as an evolutionary advantage.

More like this
The Southern Ocean is officially our planet's fifth ocean
By AJ Dellinger
An oddsmaker explains why aliens are most likely to attack the U.S. first
By AJ Dellinger
Ring of fire solar eclipse: Here's how to watch
By AJ Dellinger
Stay up to date