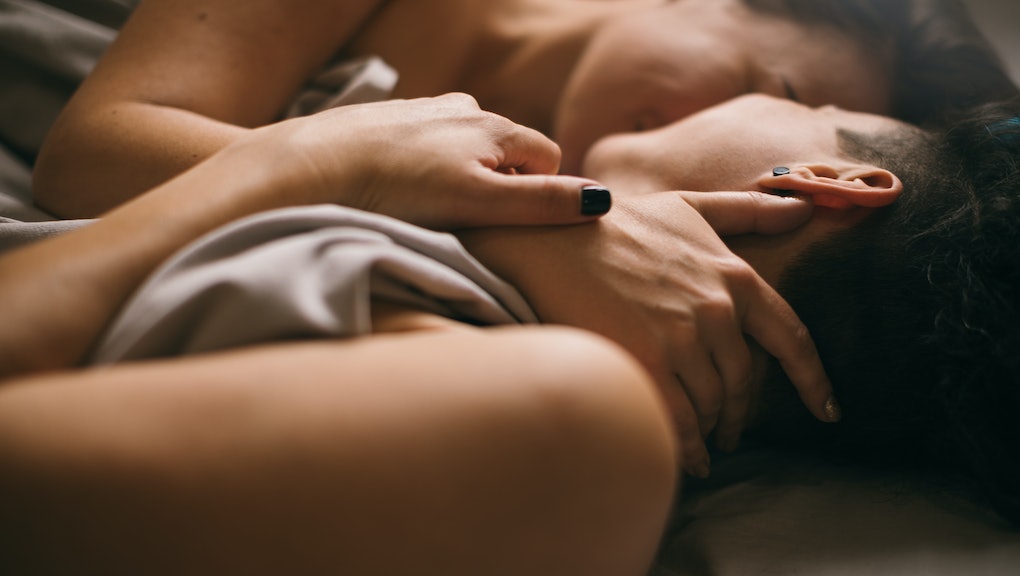 How sobriety changed my sex life

“I can’t have sex with you,” I said. My date looked confused, and with good reason. We had done enough heavy petting that sex was definitely on the table. “It’s not you,” I added quickly. “You are unbelievably hot and I want to have sex with you. I’m trying to focus on my recovery.” She understood immediately. “I wondered about that,” she said, buttoning her blouse. She was also in recovery. “It’s okay,” she said. It felt good to say that I needed time, but it felt really hard to pass up on sex that I wanted to have. This was the first of my confusing adventures in sober sexuality.

Before I went into recovery for opioid addiction, I could have counted the number of times I had had sober sex on both hands. Also, before I got sober, I often used sex in unhealthy ways that had nothing to do with drugs. Sex was a way to escape both pain and routine. It was a way to feel okay about myself when self-acceptance seemed impossible. I don’t consider myself to be a sex addict, but I didn’t want to recreate any of those patterns in my new sober life, either.

And so I stayed celibate the first six months of my sobriety. This is a strategy that a lot of 12-step programs recommend to keep you from using sex and relationships as a way to escape from the discomfort of dealing with sober life. To be frank, those six months sucked. I developed a lot of fear that I had forgotten how to have sex or that sober sex would be boring and awkward.

But all of my assumptions about sober sex, and even my own awkwardness, turned out to be incorrect — at least at first. After my stint with celibacy, sex and dating felt like a magical revelation. Sober sex was amazing and nuanced. Because I had been doing a lot of deep personal work and had been practicing my ability to set healthy boundaries, I felt a lot more capable of communicating my desires and a lot more comfortable asking other folks to tell me theirs. Being sober — instead of making me awkward and boring — made me better able to tap into to all the feelings and sensations that make sex so much fun.

That lush revelatory feeling, unfortunately, was temporary. I’ve been sober 2.5 years and now it feels like sobriety is, actually, giving me sex anxiety. As of recently, all the self-awareness that felt amazing at first is starting to feel like crippling self-consciousness.

I guess I should have assumed that my sexuality would continue to evolve in tandem with my sobriety, but this is not the linear progress narrative that I expected. Now, it’s like I am working so hard to stay mindful that I’ve become borderline prudish, and I no longer have chemical courage to keep my ego bolstered.

In every sexual exchange, no matter how subtle, I am consumed with anxious thoughts. Do I look hot right now? How am I doing? Am I communicating enough? Too much? Should I move my hand? Why can’t I relax and enjoy this? WTF is wrong with me? This distressing ovethinking, no matter how shitty it feels, isn’t personal. Obsessive rumination, according to neuroscience, can be part of the process of recovery.

I am really hoping this isn’t how the story ends. “Death by dry spell” is not what I want on my tombstone.

I am not the only one who’s experienced this flip-flop from sober sex epiphany to sober sex anxiety. “In my first few years sober, I could have sex with just about anyone,” Christopher Gerhart, an Alabama-based substance abuse counselor tells me. Yep, sounds familiar. Or rather, I don’t actually remember any of those people’s names and it’s not because I was drunk. There were just too many of them (hi mom, sorry about this). It was joyful and consensual play. “But the longer I remained sober, the more I had to pay attention to my inner voice,” Gerhart continues. Yes. That’s the voice constantly interrogating my make outs.

I ask Gerhart, only a little desperately, if his anxiety ever went away. “As I grow in sobriety that internal dialog becomes a more functional part of my mind. It allows me to feel empathy, compassion, grief, and connection both with others and myself,” Gerhart explains. His words give me comfort and his explanation is consistent with my experience. This anxious internal dialogue is then, perhaps, just part of the process of me learning to think clearly when I’m exchanging fluids with another human instead of running blind on adrenaline and booze.

Other people are real to me now in new ways and I expect intimacy to reflect this. Now when I connect with someone, I feel very very aware that I am a complex human and that they are another complex human. When you put my newfound sex anxiety in the context of becoming more complex and empathetic, maybe this new way that I’m thinking isn’t bad, but instead is evidence that I’m learning to connect more authentically.

“Sex involves vulnerability,” Asher Gottesman, mental health counselor and founder of Transcend Recovery Community, a sober living outpatient program operating in Los Angeles and Manhattan, who works with sex addicts. “But it’s never about the sex itself. It's always about the internal messages that we have whenever we are in a vulnerable state.” He explains that inebriated people don’t hear those internal messages. So it’s not that my anxieties are necessarily new, it’s just that I am only now noticing them now that I am fully experiencing the world and other people as this new, and evolving, sober person.

All of this is a reassuring reminder that I am becoming the actually sensitive and caring person that I always wanted to be, which is great, but, um, I still want to get laid. So, what do I do about this very unsexy headspace I’ve found myself in?

“Be patient with yourself,” says Gottesman. That’s all? Just be patient? I’m thirsty for an action step (amongst other things). Gottesman suggests that I should probably talk these things out. “I wouldn’t necessarily speak out all your fears to a partner,” he continues. “Find someone else to talk to, whether it's a trusted friend or a therapist. When you share your fears, you will often find you aren’t alone.” So it’s not that I necessarily need an extra therapy appointment, it’s just that sharing my experience with a comrade may help me feel better about it. “Friends also may be able to give you tips on how they have sex sober,” he adds. Fingers crossed that they also have intel on someone crush-worthy and a little patient.

More like this
No, the COVID-19 vaccine doesn't mess with your fertility. But COVID-19 can
By Ranjith Ramasamy
Your bank probably funds climate change. Here's how to save more sustainably
By Melissa Pandika
Chill with the vaccine boosters for now, W.H.O. pleads
By Tracey Anne Duncan
Stay up to date