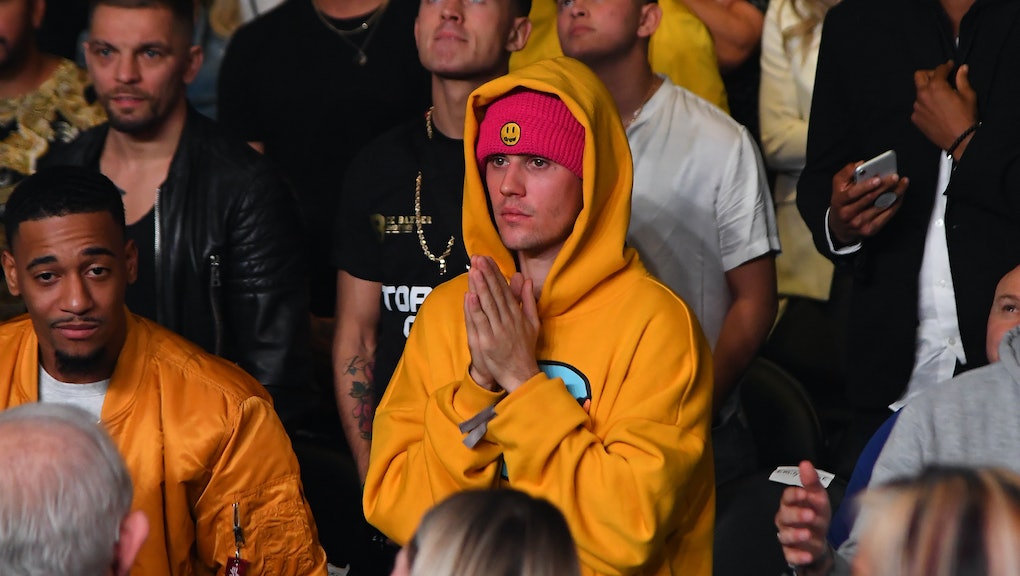 How streaming lets artists game their way to No.1

Streaming platforms have changed the way we listen to music. We aren’t buying physical copies of albums and there’s an unlimited amount of choice. You could, if you were so inclined, make a playlist of just one song, and listen to it on repeat for several hours straight. Justin Bieber and his legion of superfans would really like you to do this for his recently released single, ”Yummy.”

“Yummy,” is is Bieber’s latest attempt at snagging a number one song. But the track hasn’t gotten as much attention as he’d apparently hoped. On fan sites across Instagram, instructions for how to inflate streaming numbers have been posted in a pastel pink four slide infographic.

“Justin really wants that #1,” the caption on the post reads. “He is really excited about it as he said yesterday in his livestream. If you don't want to do any of this it's totally fine, just ignore the post. This is tips for the people who actually wants to do an extra effort!”

The first slide instructs fans to create a Spotify playlist of just “Yummy” that can play at a low volume while they sleep. They emphasize that you can’t play the song on repeat while it is muted (fan forums have posted that if the song is muted, the stream will not count.) A small note at the bottom of the post instructs international fans to install a VPN on their personal computers so they won’t miss out on the opportunity to listen (and boost numbers) while the song is not available in their country. The next instruction is to purchase “Yummy” on iTunes — and for those willing to drop the money, to do so multiple times through Bieber’s website.

The instructions for Youtube are the most elaborate. Fans are instructed not to repost the video, they need to link it instead. Then, they should log out of their account, let the ads play, and constantly refresh the video in order to ensure that each play of the music video will count towards the overall streams.

But it is not just fans who have tried to encourage some stream manipulation. Bieber himself has been spamming his social feeds. “Let's get yummy number 1 stream it now!! And please buy on iTunes!!!!!!!! Follow me on tik tok,” Bieber wrote.

On Twitter, tweets have been circulating showing that the instructional streaming post mentioned above was reposted on to Justin Bieber’s page — but if it was ever posted, it has since been deleted. Regardless, the aggressive campaign for Bieber’s return to music has started to feel dystopian.

U.S. music streams, according to the Wall Street Journal, reached the trillions in 2019. So the way to secure a number one hit is less about making a song that a lot of people actually listen to and like, but nailing a good marketing strategy aimed at virality. The music industry has always been a numbers game, but this feels like something eerie and foreign. Like music has become something like an online Herbalife scam, with artists desperately hawking their wares to reluctant friends on Facebook. Yummy.