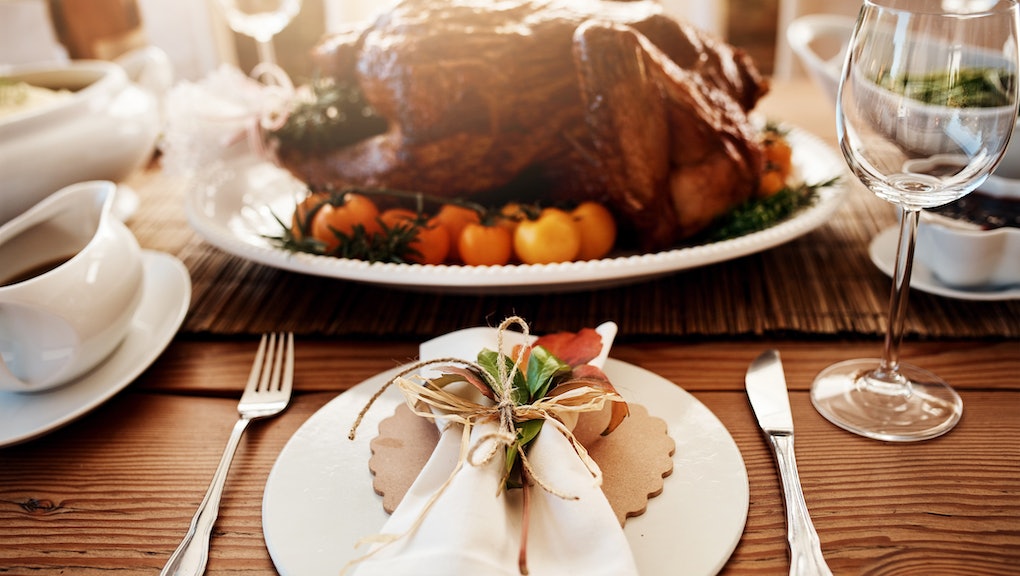 How to celebrate Thanksgiving safely this year, according to the CDC

Thanksgiving is close, and even if you’re usually a pumpkin spice hater like me, this rollercoaster of a year may be making you feel nostalgic for anything that seems cozy or familiar. Well, before you get too excited about celebrating like the good old days, there are some things you should know. The Centers for Disease Control and Prevention (CDC) released their holiday guidelines on Wednesday, but they are long, written in government-ese, and difficult to parse through, so we made you a quick guide on how to stay as safe as possible this so-called Thanksgiving.

If you live in an area that has high infection rates, the CDC recommends limiting gatherings to members of your household. To be clear, your “household” only includes people you are currently cohabiting with, not your whole family. Small, seemingly innocuous, family and pod gatherings have led to a recent uptick in the number of COVID-19 cases around the country, so while an intimate gathering may seem like just what the doctor ordered, it’s not what Dr. Fauci, our pandemic-containing King, is ordering.

"Some people in this country are going to be able to have a relatively normal type of a Thanksgiving, but in other areas of the country, it's going to be, 'You better hold off and maybe just have immediate family, and make sure you do it in a way that people wear masks, and you don't have large crowds of people,'" Fauci told CNN.

If you live in an area with relatively low infection rates, the CDC says it’s probably safe to have small gatherings that include people you don’t live with — but only outdoors, socially distant, and with everyone masked. Instead of thinking of those limitations as restrictions, try to remember that there’s a lot of cute fall things you can do outside in parts of the country that won’t be a freezer.

Don’t go to large indoor gatherings. That includes the mall

You know where there’s a lot of people coughing in canned air? The mall. Just say no to the urge to go Black Friday shopping in big stores. Instead, enjoy some retail therapy from the comfort of your own home. A lot of online holiday sales will be starting early this year to make sure that shipping doesn’t become a problem, reported the New York Times. So if you love shopping, you may have an even longer hunting season this year.

"Staying home is the best way to protect yourself and others," the CDC said in their report. Traveling increases your risk of both contracting and spreading COVID-19. Yes, air travel has been a lot safer than we feared it might be, but there’s more to traveling than just the flight. You come into a lot of contact with strangers in airports, bus stations, and train depots.

Travel adds in a lot of new variables to gathering. If you are going to travel, you need to know the infection rates where you live and where you’re going and everywhere along the way. If you are getting together with other people who have been traveling, you need to know the same things about them and what kinds of safety precautions they’ve been taking, the CDC said.

Of course, there is no risk-free scenario, but you can reduce the possibility of infection for yourself and others by making sure you’re on the same page about personal hygiene (namely hand washing), masking up, and social distancing.

If you or someone you care about is sick or high risk, stay home

The last thing anyone wants is to hurt someone they care about. Yes, it will totally suck when you tell your family that you’re not coming to dinner in November because grandma is 80 and diabetic, but that uncomfortable conversation is better than the alternative. Even Fauci’s family is not getting together this year.

“We've got to be careful," Fauci told CNN. His three daughters live in places with differing infection rates and because of the age of their parents, they are not coming to see them in Washington. “Look at the individual situation in your own family and make a decision that way,” he advised.

I could really use some pie and sympathy right now. But I would rather wait until it’s less fraught of an endeavor. The CDC doesn’t mention this in their report, but the anxiety of feeling at risk and of putting others at risk, is a real factor for me, personally.

Try to weigh out, for yourself, the risks and rewards of celebrating in person right now. I think it’s worth pondering if Thanksgiving feels unsafe or overly stressful, are you going to be able to come together with those you care about in a meaningful way? Unfortunately, there’s no risk assessment matrix for figuring out your feelings, but my guess is that you already know the answer.

More like this
Empty middle seats cut coronavirus risk drastically, according to new study
By Tracey Anne Duncan
This COVID-19 long-haul symptom is another reason we all need to get vaccinated
By Tracey Anne Duncan
COVID-19 vaccine drug interactions: Is there anything I should avoid?
By Joseph Lamour
Stay up to date