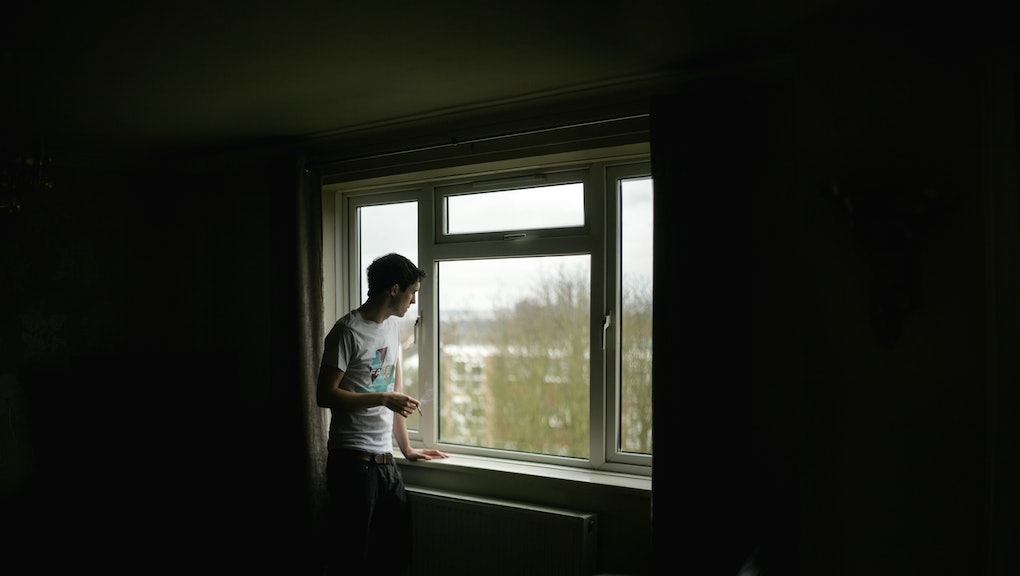 How to combat seasonal affective disorder as early as the fall

At the risk of playing out an ironically doomsy pop cultural catchphrase, winter is coming. It’s reported that about 5% of Americans have seasonal affective disorder (SAD) — a kind of depression that occurs in the winter months, also known as seasonal depression. Somehow, I feel like this winter, with a potential second wave of coronavirus, might increase that percentage just a little. How can people with seasonal affective disorder prep for winter in this already depressing historical moment?

First off, it’s important to establish the difference between SAD, depression in general, and pandemic-induced melancholy. Seasonal depression does have many of the same symptoms as clinical depression — like low energy and mood and sleep troubles — but its isolated phase makes it unique. “It is a direct result of weather and location,” says Julian Lagoy, a California-based psychiatrist. You can tell it’s SAD, then, and not another issue when someone experiences depressive symptoms at the same time each year in the fall and winter, Lagoy says. And the condition is more prevalent in northern states where there is less sunlight per day.

Seasonal depression (hence the term) is not based on constant chemical imbalance or on difficult life circumstances; it’s more about how some people’s bodies respond to a reduction in sunlight. “We are reliant on sunlight both for our physical and our mental health,” Lagoy explains. There are several theories on why this is true; Lagoy mentions vitamin D — which the body generates when skin is exposed to sunlight — and the importance of circadian rhythms, or alignment with the natural cycles of the day.

SAD is often downplayed as the “winter blues,” — which can be a type of downplaying or gaslighting of the condition. Yes, any mammal may feel a little sad when the days get shorter, but that is not the same as sinking into a depression. People struggling with SAD have a hard time physiologically adjusting to what happens to the body when it is exposed to less light — they can’t just make more vitamin D or force themselves to become nocturnal — and the result can be severe depression.

SAD is hard to deal with because the weather is the very definition of a thing we can’t control and most people don’t have the resources to just move to a tropical locale if they’re depressed. But there are things that people with SAD can do, starting now, to get their bodies, minds, and resources ready for the winter to come.

“The key to managing SAD is to start by putting interventions in place early,” says P. Priyanka, a psychiatrist based in Fresno, California. To deal with the real physical effects of shorter days, people with SAD can start shifting their wake up times up so that they are awake for more sun-filled hours of the day.

Priyanka and Lagoy agree that vitamin D supplements may also help, as research suggests that there is a correlation between vitamin D deficiency and SAD. But, there are a couple of caveats, the first of which is that you need to make sure you’re actually deficient in vitamin D before you start popping a high-dose supplement. Your doctor can use a blood test to check you for vitamin D deficiency. To be clear, it is pretty hard to OD on vitamin D, but it can be toxic if you have too much.

Black Americans may need to be especially aware of their vitamin D levels, as melanin has been shown to reduce vitamin D production in the body — but this doesn’t mean people of darker skin tones are at a higher risk for winter depression. There’s no evidence to indicate that is the case, says Lagoy, but adds that Black people from other parts of the world could potentially be more susceptible, as are folks who immigrate from sunnier places to darker ones. SAD was, in fact, discovered by a doctor, Norman Rosenthal. While he is white, he noticed changes in his own mental state after immigrating from South Africa to the United States.

Start figuring out how to get more natural light

Some of the other recommended treatments for SAD are free, totally non-toxic, and readily available. “Open all the blinds in the house so that the house has more natural light in the fall and the winter months,” says Lagoy. Light is the key to combating SAD, so the first thing you need to do is get some light in your space, however incidental it is. You can also trim any tree branches that are shading your view.

Priyanka agrees that getting natural light is crucial, but the truth is that the amount of light you can get in your home is limited by many factors. She suggests that folks should start using light therapy boxes — lamps with bulbs that mimic outdoor light — ASAP. It’s too easy to wait until you’re already feeling the effects to put new habits into place, but there’s good reason to plan ahead. “This improves the individual’s chances of managing the symptoms better and keeps them functional and consistent throughout the rest of the year,” says Priyanka. Starting light therapy in August or September can help decrease both the symptoms and the duration of the symptoms of SAD.

This is also a really good time to start increasing your physical activity. This is not about trying to look cute in your ugly holiday sweater, y’all; it's is for mental health. And jumping into a more rigorous fitness routine when it gets dark and cold can be painfully challenging, so you should establish a regimen now.

“People with SAD should keep exercising and eating healthy throughout the year,” says Lagoy. Exercising in bright light has been shown by researchers to be better for elevating mood, so no dank gym basements. You will have to be particularly mindful of keeping it up heading in the colder, darker, months — when SAD symptoms peak — he says, but starting now will lock those habits in place and could help reduce the severity of symptoms.

Consider starting or altering your medication

Last but definitely not least, take note of how much seasonal affective disorder disrupts your daily life. If you're already on anxiety or depression medication, it could be worth talking to your doctor about changing the dosage.

If you're not taking anything but curious about medication, chat with a doctor or therapist you trust about potentially accessing some that works for you with minimal side effects. Some people can get through seasonal affective disorder by adjusting their lifestyle, but there's no shame in getting a little help. The same goes for talk therapy; if you need the extra support, starting sessions or making them more frequent can be a game-changer.

More like this
We don't trust our tap water — and it's a big problem
By Asher Rosinger
Empty middle seats cut coronavirus risk drastically, according to new study
By Tracey Anne Duncan
Having a bad trip? This hotline can help you find your chill
By Melissa Pandika
Stay up to date