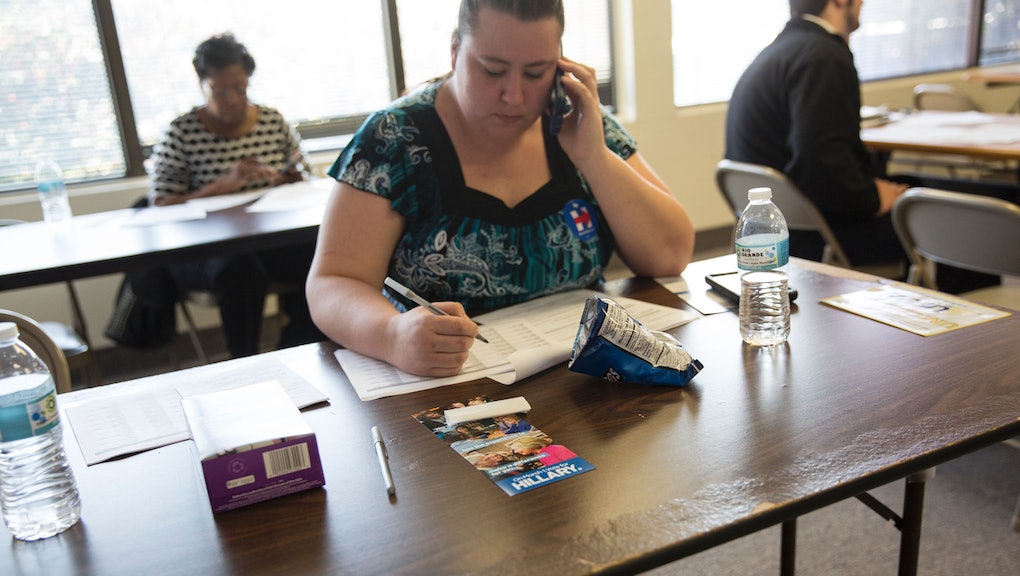 How to contact your representatives — and make sure you're actually heard

It's been about a month since Minneapolis police officer Derek Chauvin killed George Floyd by kneeling on his neck for nearly nine minutes straight. In the weeks since, millions of protesters have hit the streets in all 50 states calling for justice for Floyd and all others killed by police, as well as an end to systemic racism in general. Now, as people still march for change, the push for individuals to contact their elected representatives to demand action has arisen as a tandem cause.

By many accounts, civil unrest has worked: Protesters' demands to defund police were heard in Minneapolis, Los Angeles, and Seattle. In San Francisco, the city announced that unarmed mental health and other social service professionals would respond to future non-emergency calls instead of police officers. In Louisville, Kentucky, the city council passed "Breonna's Law," which prohibits the use of no-knock warrants like the one that allowed police officers to barge into Breonna Taylor's home in the middle of the night and fatally shoot her. And on Capitol Hill, both Democrats and Republicans introduced police reform legislation, including new provisions and changes to existing laws both parties say will address violence against Black and brown people.

But in terms of passing laws and rejiggering budgets, there's still a long way to go. Protesting is one way to create change, but coupling that with direct communication with your elected representatives is another way to ensure that your voice is heard. Here's how to get started.

Should I call, email, or write a letter?

Calling is by far the best way to get a lawmaker's attention. Office staffers have to answer every call they receive and record what the call was about. In 2017, Republicans' American Health Care Act failed in the GOP-controlled Senate thanks in part to a coordinated effort to get constituents to call their senators and urge them to vote no.

Emails, meanwhile, can easily go unread. It's also easy for staff to sort them using inbox filters, meaning it's easier for them to get lost. Even if they are read, too, they're usually met with a generic form reply. Writing a physical letter can be helpful, but sorting through mail takes a long time for staffers, and not every missive will get thoroughly read, let alone receive a reply.

With any of these calls, it's important that you understand who you're calling and why you're calling them. Members of the House don't vote on judicial appointees, for example, so you shouldn't call your congressman about a possible Supreme Court nominee. The House does, however, initiate impeachment proceedings, so if you want your lawmakers to support or oppose the impeachment of a president, call your House member.

Some offices are more likely to be inundated with calls, too. Offices in Washington, D.C., receive thousands more calls and tend to be busier with legislative duties than a representative's office in their home district or state. District offices communicate with offices in D.C., and they're also more likely to take the time to listen to you, given that they're literally closer to a lawmaker's constituents.

Still, don't discount your local representatives. The greatest difference you can make is generally by contacting your city council members, city's mayor, county commissioners, and police chiefs. These local politicians often serve a smaller number of people and feel more accountable to the voices of those they could run into at the grocery store. They're also not nationally public figures in the same way as House members and senators, and thus are less likely to be flooded with calls on a particular day.

What should I say?

No matter which method you choose, it's important to state clearly a few things: your name, where you live, and why you're calling. For example: "Hello, my name is Ray and I live at [real address] in San Francisco, and Nancy Pelosi is my U.S. representative. I'm calling because I support the CARES Act, and I would like Speaker Pelosi to vote 'yes' when the bill heads to the House floor for a vote."

Providing your address is important because it lets the office staffer know that you're not just any caller and that the representative — in this case, Pelosi — works for you. If you're not comfortable giving your exact address, you can give your neighborhood as specifically as will be relevant, like "Brooklyn" for New York or "Hyde Park" for Chicago.

It's also important to strike a balance between being steadfast and sincere. It's helpful to communicate that you follow policy discussions in Washington or are aware of the other power players representatives may be dealing with, because it shows you've done your research and aren't someone who can be easily brushed off. Be firm, specific, and polite. For instance, you could say: "I'm calling because I would like to state my support for the CARES Act. However, I understand that undocumented people are not covered by this legislation, and given that undocumented residents pay into the social safety net, I believe they should be able to benefit from it. I respectfully demand that the CARES Act include relief checks for undocumented people."

Is there anything I shouldn't do or say?

The people who answer your calls and emails are gatekeepers to the elected official, but it's important to be mindful of how much power they really have. The person answering your call might be an intern who has little face-time with the representative, so you shouldn't berate them or make them pledge to have an hour-long sitdown with the lawmaker about your issue. You could end up talking to a full-time staffer, too, in which case you'll be talking to someone who has more experience and a greater ability to realistically bring constituent concerns to the legislator. Try to figure out exactly who you're talking to, and calibrate your approach that way. If the person who answers your call isn't able to answer a question you have, you can always ask to speak with a legislative aide.

Sometimes your calls won't be listened to. But you have to keep calling and emailing each time as if what you say should be the law of the land. In other words: Feel entitled to declare what you think should happen, because you are entitled to do exactly that. This is a representative democracy, and your legislators have been elected to represent your desires in government.

That said, don't carry on about an issue if you've already made your point, and be sure not to couple your statement regarding legislation with other concerns. For example, if I'm calling Pelosi's office about her CARES Act vote, I shouldn't ramble on about the lack of reliable public transportation in the city.

Another thing: Make your plea personal. Form emails are easy to ignore, and even easier to filter out of an inbox entirely with a few clicks of the mouse. Rote calls may not grab the attention of a staffer, either; remember you might be dealing with an intern who has little say, or with a more powerful aide who might be busy juggling a few other things.

That's why you shouldn't be afraid to get specific about why an issue is important to you. If you're calling about coronavirus relief, mention that you were laid off from your restaurant job and now are worried about paying rent; if you're advocating for Medicare-for-All, talk about the dangers and stress of rationing your insulin because the medication is so expensive. Just be sure not to get bogged down in a long, personal tale; keep your argument brief, punchy, and to the point.

Will it help if I sign an online petition?

Petitions and social media posts may be an effective way to build broad support for a cause or spread the word about upcoming votes, but these online tools are largely ignored by politicians. Members of Congress largely aren't scrolling through Twitter or Facebook themselves to see engagement statistics on issues of police brutality, nor is a state representative or city council member likely to consider an internet petition.

Here's the thing: Representatives by and large really only care about the voices of people who vote for them, because those are the people who decide whether they get to stay in office. Of course, there are exceptions, and broad public pressure can move individuals on specific issues or legislation. But at the end of the day, it's about constituent voices. So, if you're considering contacting your representatives, understand what you want to say and why you want to say it, and focus your energy on people you actually have the ability to vote for.

It certainly doesn't detract from the movement or issue to sign a petition or share information on social media, but don't assume that doing these things will be enough to get your representative's attention.

Don't be nervous! Elected officials literally work for you. Their job is to vote on legislation that benefits their constituents and to work with other lawmakers to pass that legislation. There is no limit to the number of times that you can call or email an elected official regarding legislation that impacts your life, so if you don't receive a response to your email, send another one. If you forget to mention an important piece of information, call again. If you're worried about asking for too much or being annoying, don't be. Legislators often don't discuss their votes with a representative sample of their constituents before heading to cast their vote on an issue, so don't assume that they know what you want. Just go ahead and tell them directly.

Now that you know what to say and how to say it, figure out who you're going to contact by using the tools below.

More like this
Supreme Court justices' political leanings: A guide to the 2021 court
By Vanessa Taylor
Rana Abdelhamid wants to bring a holistic vision of justice to Congress
By Vanessa Taylor
Why are there protests in Colombia? How a tax proposal ignited decades of unrest
By Ray Levy Uyeda
Stay up to date