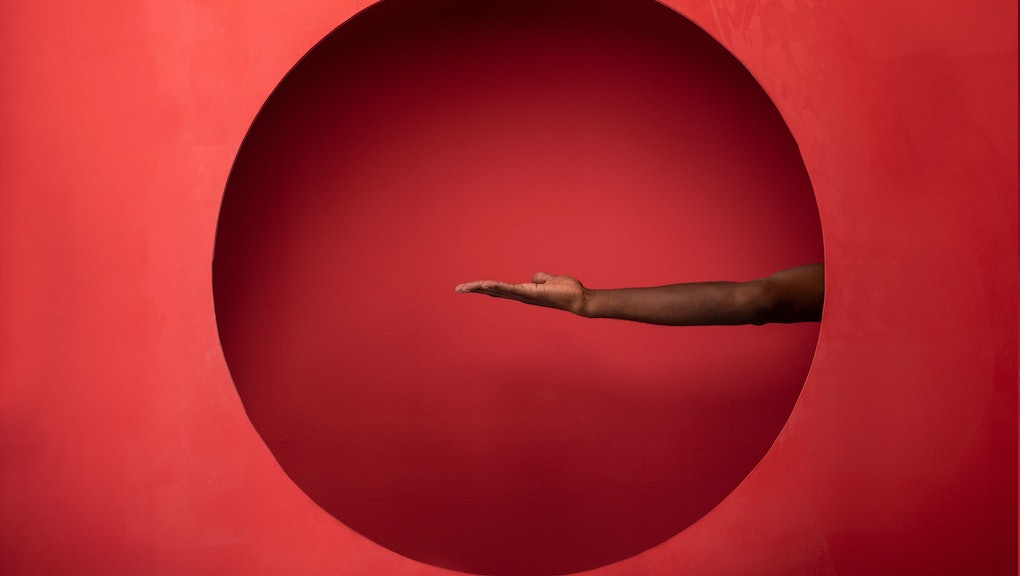 The list of things we’ll never take for granted again post-pandemic is a long one — trips to the café on our way to work, restaurant dining, the gym, and travel, to name a few. For those living solo, it also includes one of our most primal needs: touch. Over prolonged periods, a lack of physical contact with others may lead to skin hunger, a phenomenon with emotional and psychological consequences. Ric Mathews, a psychotherapist in New York City, shed some light on the importance of touch and how to cope with skin hunger during the pandemic if you live alone.

Touch is integral to our way of being, Mathews says. He cites a classic study conducted by psychologist Harry Harlow in the 1950s, in which he gave infant monkeys two surrogate mothers: one made with wire, the other with terry cloth. In one experimental condition, the wire monkey had food, and in the other, the cloth monkey did. The infants preferred the cloth mother to the wire mother, even if the latter had food, indicating that “physical touch and physical connection is as important to your survival as food and shelter." Touch makes you feel safe — something we’re craving more than ever right now.

Humans who don’t receive enough physical affection as children may have developmental issues, Mathew says, although skin hunger can emerge at any stage of life. It can affect incarcerated people, as well as those in nursing homes, hospices, and intensive care units. During the pandemic, Mathews has seen more of his patients and peers struggling with skin hunger, which the absence of even smiles — often hidden behind a mask — has only exacerbated.

Short-term, a lack of human touch during the pandemic can result in confusion, since most of us have never dealt with forced social isolation before, Mathews explains. Amid this confusion, “people become more irritable, more agitated, a little more restless because they don’t have anywhere to release that energy.” These short-term effects can, in turn, fuel long-term effects, such as anxiety, depressive symptoms, and grief.

The good news is, you can fulfill your need for touch even if you live alone (which at least 35.7 million people around the country do, according to the U.S. Census Bureau). Three important considerations can help guide how to go about doing so, Mathews says. First, consider your personal need for physical touch — in other words, how touchy-feely are you? Next, consider your personal comfort, or your risk tolerance, which determines what you’re willing to do to meet your need. Finally, consider your budget. “We can’t ignore the economic impact of the pandemic,” he says. “Having a sense of what you can afford also helps to inform what you do.”

Here are a few options for satisfying your skin hunger during the pandemic. Again, what makes sense for you will depend on the considerations Mathews described above.

If you have the time and the means, a fur baby can chase away loneliness, and you can form a physical connection with them, Mathews says. Can’t commit to pet ownership at the moment? Try fostering, or petting your neighbor’s pupper (with their consent, of course).

A weighted blanket “can give the body a sense of being protected,” Mathews says. The caveat is, they can be a little pricey. If you want to save your coin, a furry blanket is an affordable, yet still soothing alternative. You could also look into a body pillow, which can recreate the sensation of hugging another human. “The brain can be tricked very easily” — that is, the feeling of holding something, whether a pillow or a human, can have the same effect on your neurobiology.

Mathews plans to take advantage of Black Friday sales to invest in a massage gun. If you feel comfortable with the idea, you could also consider getting a COVID-safe massage, in which masseuses wear masks and follow other protocols but still fulfill that need for touch.

Be mindful of your non-physical communication

Research has shown that smiling can do wonders for your mood — and it doesn’t matter whether it’s behind a mask, Mathews says. If you’re attending a Zoomsgiving, being really intentional about your facial expressions and your use of words to communicate your feelings, and even looking at the person you wish you could embrace “can have really powerful effects on how we feel.”

Reinvent your relationship with your sexuality

“This could be a positive,” Mathews says. “It may not be what we’re used to, but I think part of what this pandemic is telling us is what we were used to wasn’t enough, or it wasn’t working, or there’s more.”

I can see this applying to non-sexual connection, too. Maybe this pandemic can be an opportunity for all of us to learn new ways of connecting with ourselves and others that we wouldn’t have otherwise, all the better for when we finally see each other again on the other side.

More like this
Can't bear to be in a relationship right now? Blame de-cuffing season
By Suzannah Weiss
Wanting to start a family motivated us to pay off $126K in a year
By Marianne Eloise
I chased my J&J vaccine with a shot of Pfizer. Here's why
By Tracey Anne Duncan
Stay up to date