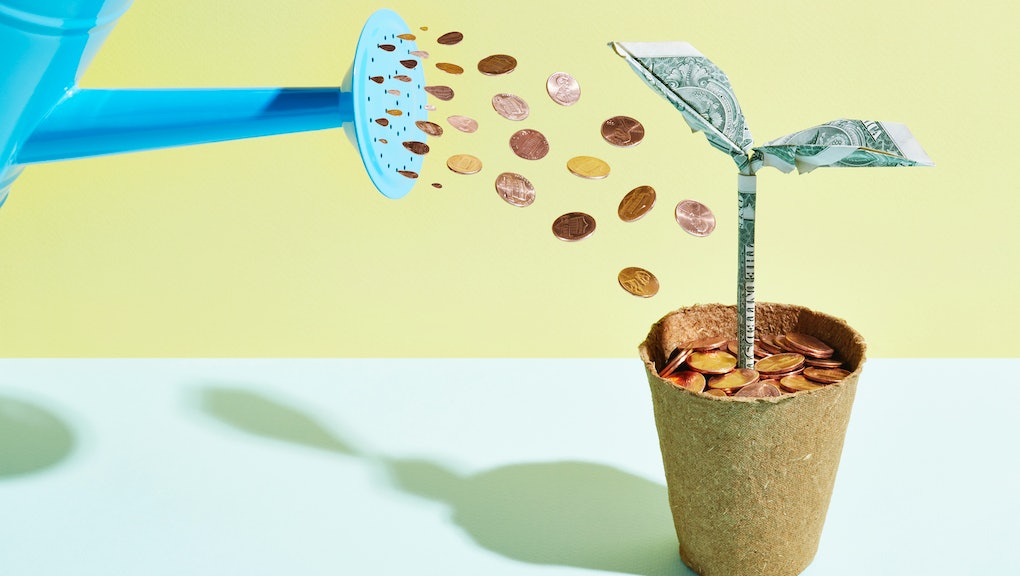 Money issues are an unfortunate part of life that most non-Kardashian human beings have to face at one time or another. For those who have Veuve Clicquot taste on an André budget, simply living within your means is a daunting task. As someone with an Aston Martin’s worth of college debt, financial freedom sometimes seems like a puzzle I won’t ever be able to solve. So, in the quest to enjoy a savings account and retire someday, I’ve recently begun to consider an option even more radical than living within my means: living below my means.

At its core, to live below your means implies spending a good deal less than you earn. And while it’s a straightforward concept, it can be incredibly challenging for a lot of people — especially those of us taking care of children or other family members.

Spending less than your income allows you to would be difficult enough in regular life, but now that we’ve been dealing with the pandemic for the better part of a year, it’s an especially fraught concept to consider. A lot of folks weren’t being paid a living wage before, and now, an unprecedented number of people are still trying to deal with the effects it’s had on the job market, including rampant unemployment and underemployment.

“Living below your means can help ease financial stress,” says April Schneider, head of consumer and small business products at Bank of America. “With the uncertainty we’re facing now, saving even a few additional dollars each month can make a difference and help.” She’s right; in my ambitious 20s, I worked a lot, and living in New York City for much of that time I lived way beyond my means, spending my earnings at restaurants, bars, and clothing stores that for some reason think it’s okay to sell a t-shirt for $220. If I had spent less recklessly and saved a larger percentage of my income, I would have been able to prepare more adequately for this economic downturn we’re all facing.

Let’s say you make 60K a year. If you can live like you’re making 40K a year, that’s living way below your means, saving 20K a year in the process. That saving power becomes more potent if you get a raise in that time and still strive to live on a 40K budget. If 25-year-old me had just learned he had gotten a 10 percent raise, he likely would have taken an Uber Black directly to Rick Owens. However, if I learned to live below my means, and instead avoided the Soho boutiques, after five years I would’ve had 100K saved instead of a wardrobe — a truly banging wardrobe, but still — that include a pair of $500 patent leather espadrilles that no longer fit on my feet.

So how do we even put this plan into action, if we’re willing to try it? “Start by setting a savings goal. By saving a portion of your income from the onset, you’ll ensure that you will spend less than you make by limiting yourself to what’s leftover after your savings has already been set aside,” suggests Lauren Anastasio, a Philadelphia-based financial planner at SoFi, a personal finance company. She recommends targeting at least 20% or more of your income for savings. There are many apps to help people track their spending like Stash, Mint, Personal Cap, SoFi Relay, and a bunch more. There’s truly thousands of them, depending on what goals you’re trying to reach.

Finance apps allow you to set monthly spending targets, review your spending in certain areas, and more. But honestly, if you’re willing to brave Google Sheets, you can budget the analog way as well. That way, you know if you’re spending an absurd amount of money on sparkling water (not naming names), and where you stand, what you spend, and how to hit your financial goals.

“I also strongly encourage everyone I speak with to be mindful about avoiding lifestyle inflation during their career,” says Anastasio. She’s referring to my aforementioned desire for luxurious upgrades as you climb paygrades in your career. “It may be very tempting to upgrade your apartment or your car, but by keeping your lifestyle limited to what you could afford on a lower salary, you’ll be able to save more and ensure more financial stability for your future.”

It might seem like it’s only broke-ish creative people who have trouble making ends meet, but it actually permeates every level of society. “As an accountant, I've had clients who cleared a million dollars a year and couldn't pay a $10,000 tax bill,” says Brendan Lee, a New Zealand-based accountant and travel writer. “Most people say they'll start living below their means and saving when they get a promotion, a new job, or a pay rise. But from my experience, someone's ability to live within their means has almost nothing to do with their income level.” Sometimes the problem gets worse as someone’s income rises, Lee says. For most young Americans, however, living paycheck to paycheck is millennial reality, and sometimes when you rise above that, it can be tempting to return to your more baller instincts. The key is to stay the course.

“If you’re stretching every dollar to make ends meet, I recommend dedicating a few hours each month to review your total spending to see how it changes over time. A new routine may help you save,” says Schneider. As somebody who has experienced times of great financial hardship, you would be surprised at what you thought you needed when times were great, but really didn’t.

When my financial situation has gotten dire in the past, I made cuts to my monthly spending that I never picked back up again, to my great surprise. When I got to a place where I could afford fancy butter again, my you-don’t-really-need-this savings instinct kicked in, and it just might for you as well. “Thinking of how much you want to save may feel overwhelming, but the important thing is simply to start somewhere,” Schneider adds.

More like this
Margarita burns: Why lime juice and sunshine don't mix
By Melissa Pandika
A “life audit” helped me pay off nearly 70k in loans
By Marianne Eloise
Remember the vaping crisis? Well, it hasn't gone anywhere
By Melissa Pandika
Stay up to date