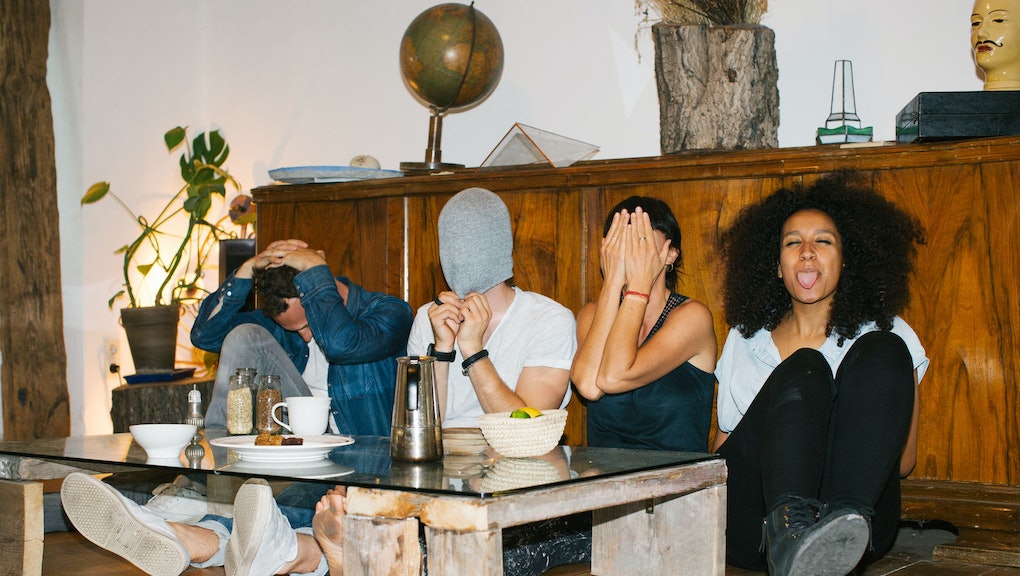 How to make friends online without coming across as creepy

Drake might be fine with no new friends, but I’m not. Like a whole chunk of our demographic, I work from home, I’m busy, and I’m grown. After college, it can be hard making and fostering new friendships, but that doesn’t mean they aren’t necessary and meaningful. As a writer, I do get to have scintillating discussions with cool, interesting people — a lot of them happen in the comments section on IG and Facebook. Some of these conversations make me wonder why I’m not sitting at a table with this person, enjoying their words with a side of facial expression. Through a lot of trial and error, I have been able to convert some of those relationships into in-person friendships. The key is though, that you can’t poach like you’re trying to get laid. Here’s my advice (and a few very helpful tips from experts) on how to make friends online without being a creep.

The beauty of the internet is that it makes it remarkably easy to find people who are into the same insanely niche shit that you dig. I just joined a Facebook group for sober witches I was hoping for queer sober witches, but it’ll do.

Even pros say that Facebook is a great place to meet people. Stephanie Toma, a San Francisco- based networking coach and “IRL Connector,” suggests two ways to approach the app we all love to hate. “Facebook groups are great places to scout IRL friends,” Toma said, “Search for groups that encompass an interest — like rock climbing — and include your geographic location. Search the terms together and join relevant groups.”

You can use this same algorithm on almost any social media to find folks with similar interests. There’s a subreddit for basically anything, including lonely people. Search for interest plus location on meetup.com to meet people who already have organized activities. But let’s be real — it’s not as easy as just finding a group of people, meeting up later that day, and becoming BFFs. The way you make contact with folks makes a difference.

Join a conversation, or start one

While some experts I talked to suggested sliding immediately into someone’s DMs with an invite, I think that’s the definition of creepy. I asked some dating coaches how to talk to folks because they are experts in exactly that and they know the difference between flirting and friend-making. “Avoid trying to create a close friendship too quickly. Respect the natural rhythm of getting to know someone,” says Claudia Cox, a relationship coach. Try to remember that even though social media is virtual, the people you’re interacting with are still real. If you met someone in a group in real life, you would probably hang out with them in the context of the group for a while before you struck up a friendship.

If you want to start chatting with someone, start small. Make a joke on their public feed or share something they’ve put into the world. “When initiating contact with someone online,” Cox says, “keep your conversation light. Comment on something they have posted. Another great way to break the ice is to help them. For example, retweet or share their latest blog article or upcoming event.”

I made a friend this way recently. We had a lot of mutual friends and I happened upon her insightful blog about sex, performance art, feminism, and the law. I started sharing her posts and eventually we were having enough of a conversation that I felt comfortable DM-ing her. By the time we met in person, we had already been interacting for long enough that it wasn’t weird. We went to a yoga class together and had coffee afterwards and the conversation was natural.

Kicking off a conversation by participating in a feed thread is also a great way to get acquainted with folks before you attend an event. It can be intimidating to go places alone. If you’re an introvert, it can also be really easy to go to an event, talk to no one, and come home feeling like you probably should have stayed home. If there isn’t an active discussion thread on an event’s page, start one.

And, even if it feels a little awkward, try to lead with heart. “Share something vulnerable,” says Jillian Richardson, author of Unlonely Planet, a new book about the importance of community. “Be honest. By saying, ‘I have to admit that I’m nervous about meeting up,’ you’re making yourself more real. Vulnerability always equals more trust.” Vulnerability, however, does not mean oversharing, warns Cox. Save something for later. Spilling too much too quick might made the person on the receiving end uncomfortable.

If folks respond to your comments, congratulations, you have successfully started a conversation. If they don’t, don’t push it. You may not have found your people.

If you are consistently trading comments with someone, it’s probably okay to message them, but consent is still sexier than making assumptions. “Always, always, always ask permission to message someone,” says Rebecca Sutton, a Columbia-based singles coach, “Often, the group rules explicitly state messaging fellow members is not allowed. While I suggest respecting this rule, other times the benefit of making contact with someone outweighs the risk. But only when permission is asked in a conversation thread.” So, even if the group says no DMs, it’s okay to do it if you have the individual’s consent.

But what do you say once you have permission to message someone?

All that being said, you don’t have to go as far as to say, “Hi, I’m lonely and I want to be friends with you,” although I have definitely sent messages say bluntly, “It seems like we have a lot in common. Do you want to be friends?” Most of the time, folks respond in the affirmative with a phone number. Sometimes they don’t respond. Try not to take it personally either way. We’re all busy and have too many messages.

Being vague is not the move because unless someone has a real sense of who you are, it’s kind of stalker-y. I’ve said bluntly, “Let’s be friends!” with people who I share an already established social circle with. When I met my lawyer cum performance artist friend, I sent her a message that said, “Hey, I really liked what you were saying about aging in your blog post. Would you be interested in having a conversation with me about that?” When we met, the specificity of my request made it easy to chat. Try to give yourself a conversational anchor.

If you offer someone an open invitation, you will probably never meet them. It’s more straightforward to say, “What’s your schedule like next week? I’m free after five on Tuesday and Wednesday” and then slap a date on the calendar.

If you aren’t a creep about it, you might meet your new best friend on the internet. Lindsey Catarino, a Connecticut-based online marketing consultant, told me how she met some of hers: “I'm an online marketer, so basically, I do not see human beings unless I go out looking for them. I needed a strategy to meet in real life friends using the only thing I know: the internet.”

Lindsey created a meetup group called, "The West Hartford Women's Social Club,” and planned an event immediately. She told me that she was scared that she would end up drinking wine by herself all night, but that’s not what happened. Lindsey’s meetup now has over 400 members and she told me that now, wherever she goes, she rolls at least a few new friends deep. That’s goals, even if Drake would disapprove.

More like this
“Panny,” “panettone,” “panini”: Why silly pandemic nicknames are getting us through it
By Melissa Pandika
Easter is one of the few days I can flout gender norms without my parents' judgement
By Joseph Lamour
Amazon is sorry everyone found out their employees have to pee in bottles
By Tracey Anne Duncan
Stay up to date