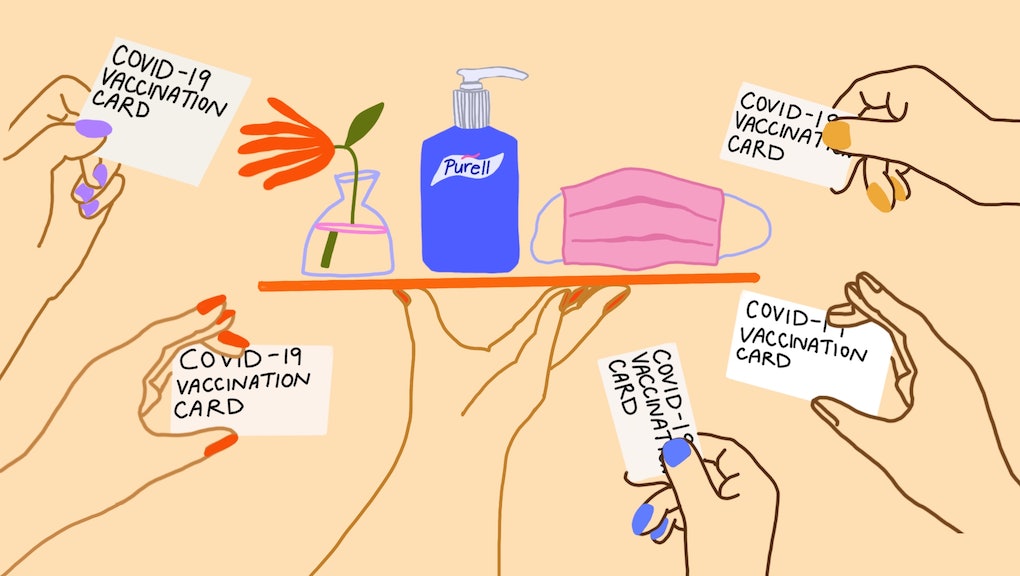 How to not be a jerk as restaurants reopen, according to servers

The service industry was hit hard by the pandemic. When restaurants and bars closed, many bartenders and servers were furloughed or laid off. Ones who did work faced higher risk of COVID-19 infection because of their required close interaction with the public. Happily, the vaccine has allowed for most bars and restaurants to go back to full capacity.

The complex reality, though, is that some people just don’t know how to act with this newfound freedom and reclaimed access to fun — and they’re making life, uh, challenging for bartenders and other service folx. And after all we’ve collectively been through, we just can’t have that. Here’s what people in the service industry want you to know about how to treat them right now.

First things first, where a face-covering if you’re asked to. “Someone walked out because of our mask policy and then wrote a warning review on social media to tell others not to dine at the restaurant,” says Tim Wiggins, a co-owner and bar manager of Yellowbelly in St. Louis. When it comes to a pandemic, Wiggins says, here is no such thing as restaurants being overly cautious, especially because some young people have not been vaccinated. For him, workers’ safety is paramount.

Also, read the room. If your server isn’t as gregarious as they once seemed, know that we’re still in a pandemic and people are still cautious. “We keep more distance from the table when you’re ordering, and we’re not as chatty tableside,” Wiggins says. But it’s not because servers don’t care about your experience. “We are doing the best we can to be hospitable when it is mostly impossible,” says Wiggins. So, please be mindful that things that seem inconvenient — like reservation time limits and distanced seating — are there to protect you and everyone else.

That being said, most establishments are still understaffed and understocked. “Please just be kind. Be patient,” says Adina Maria, a bartender and vocalist in New Orleans. “People don't realize how physically and mentally taxing this job is.”

Also, if you can afford to be out on the town right now, you can show your appreciation in the traditional way — by tipping as generously as possible. “A lot of bartenders and service people got little or no unemployment money when they couldn’t work,” explains Maria. “Because our base pay is a couple of dollars an hour, some of us got $97 a week from the government. People are still trying to pay back rent. A lot of us got evicted or are struggling to feed our kids. We're real people with real lives outside of work.”

Back the whole “acting like a decent human” thing — it doesn’t seem to come naturally to some people, according to some of the service industry angels I spoke to. “I feel like half of the people are being very considerate and the other half are the absolute opposite and there's no in between right now,” Maria says. Elijah Servance III, a bartender in NYC, agrees. “I definitely thought people would be treating each other much much better.” Servance recalls a woman who snitch on him to a manager after he couldn’t give her a lime for her drink (the restaurant didn’t have any). It was the utmost in pandemic-era petty, and he describes utter disbelief at the idea that some people are re-entering the world with this sense of entitlement.

Last but not least, be an advocate if you get the chance to. If you’ve never worked in service, you might know how out-of-pocket customers can get. “To every compassionate person who’s out at a bar: If you see someone berated one of the kitchen or bar staff, step in and say something,” Maria says. “Be like, that's not okay. Because we, as their co-workers, can’t do that without potentially losing our jobs.”

We have to change the outdated service industry mindset because the customer isn’t alway right, my sources insist. “The pandemic was an amplifier. If you were a good person before, you're great with us,” Maria says. “If you were an entitled prick before, it shows even more now.”

More like this
Can TikTok's new résumé feature really help you find a job?
By Tracey Anne Duncan
Wanting to start a family motivated us to pay off $126K in a year
By Marianne Eloise
Can't bear to be in a relationship right now? Blame de-cuffing season
By Suzannah Weiss
Stay up to date