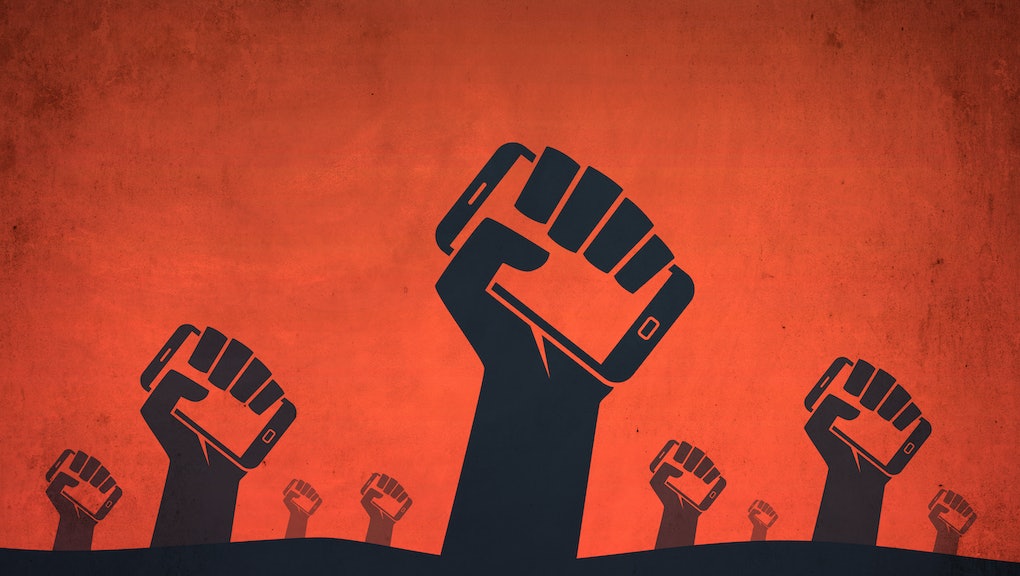 How to start an online petition that'll actually make a difference

Campaigns to wrangle the masses online circulate at a staggering rate. Some online petitions are ridiculous, like "Make Beyonce comb her daughter’s hair," and some promise things they can't deliver like, "Get members of the Electoral College to vote for Hillary Clinton as president instead of Donald J. Trump.” These petitions have been criticized for being useless in that they can't create or enforce policy. It’s indisputable, though, that they engage citizens, inform folks about important issues, and create attention around neglected issues. And that, if executed effectively, plants a seed for change. I asked Pulin Modi, platform campaign director at Move On, a progressive campaigning organization that helps people create and circulate online petitions, what kinds of petitions work, what they can do, and how to create one effectively.

One of Modi’s favorite current campaigns is from US Youth Climate Strike (USYCS), asking 2020 Presidential candidates and the DNC to engage in debate about climate change. He tells me that the petition has garnered a lot of support for the youth activisits who created it, and has provided a platform for candidates to engage. “These students aren’t old enough to vote but candidates are listening to what they have to say,” Modi tells Mic. “People are feeling that authenticity.”

At least in part because of the petition, Bernie Sanders has publicly expressed support for the campaign, and the nationwide Youth Climate Strike, scheduled for September 20th, has garnered even more social and mainstream media coverage. Also, people all over the country are more informed about climate change issues. In this case, the petition itself is not the main event, but instead a way of circulating ideas. This campaign also demonstrates how folks who are unable to affect policy directly by voting, like teenagers, can create change by creating conversation that leads to action.

The Youth Climate Strike petition is a prime example of how to create a petition that works, Modi says. “You always want a clear title; you don’t want it to be too general, like ‘world peace,’” he says. The title of the USYCS petition is “2020 Presidential candidates must debate climate change,” and includes its own hashtag, #climatedebate, which gives people an immediate way to spread the gospel.

That gospel, however, needs to reach the right people’s ears. If you’re trying to effect change, make sure you are targeting the people who can make those changes, says Modi. “There’s a tendency to say ‘tell the President,’” he says. “It’s well-intentioned, but you have to think through who the right decision maker is. If you want someone to put up a stop sign in your town, the President is not the right person to ask.”

Another example of a focused campaign is that of Tamir Rice’s mother, Samaria Rice, who’s currently petitioning to prevent the officer who killed her son from being placed back into active service. Her campaign is directed toward Cleveland Police Patrolman Association’s chief, Jeff Folmer — someone who can potentially serve as a catalyst for change in this situation. Rice’s petition has also gained traction because she’s crystal clear about what happened, as well her goal. We can become aware of the details of the tragedy and engage with her quest for justice.

“Successful petitions need to have an element of authenticity to them,” Modi says. “There are also local petitions about things that people want to change in their community that are authentic to who they are. Even if they don’t result in a victory, they are organizing people and building a community.”

To the critics of online petitions, Modi says that they might be misinformed about the function of a petition — it’s not some kind of miracle document that stands on its own. “This is one part of a social movement. Any social movement needs a variety of tactics, but it makes it accessible for those who can’t go to DC and it’s an easier way for people to take action and create a path towards further engagement.”

So even if your petition doesn’t lead directly to an act of Congress, it’s a really good way to get people organized around an issue. “The individual signature is powerful for storytelling, but it’s also a starting point for people to continue to organize,” says Modi. “For Rice, it was a way to reach more people and get some accountability. There are times when that single tactic will win a campaign, but there are more times when it serves as a starting point.”