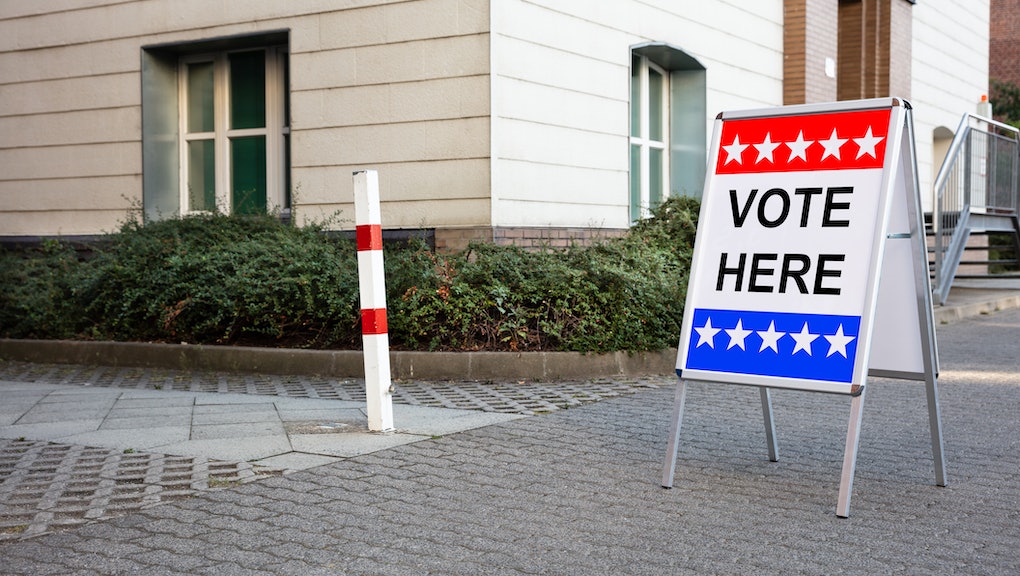 During the 2016 U.S. presidential election, an estimated 92 million showed up at their polling place and cast a vote in person — but voters in neighborhoods made up of primarily minority and marginalized communities spent considerably more time waiting to exercise their Constitutional right than those in majority-white neighborhoods, thanks in large part to voter ID laws. That is the finding of a recently published study, that looked at location data provided from more than 10 million smartphones at more than 93,000 polling places across the country. According to the data, voters in predominantly black neighborhoods had wait times that were, on average, nearly 30 percent longer than those of residents in white neighborhoods.

We've known for some time that voting in non-white neighborhoods is considerably less convenient for some time now, but reported wait times relied primarily on self-reported survey data and estimates provided by poll observers. While that data is typically reliable, it is also limited. One of the more robust studies from the 2016 election looked at just 526 of nearly 110,000 polling places. The data recorded and analyzed in this study provides some concrete evidence to back up those assertions about wait times, and does so in a more comprehensive way, looking at information from a huge swath of the country. The researchers collected cellphone location data that could be placed at nearly 80 percent of all polling places by tracking pings sent to nearby cell towers. After eliminating unlikely voters — people who were in the same place all day or who were in the area for less than a minute and were likely just passing by — they ended up with a sample of more than 150,000 voters. That data was mapped across the country and compared with census data to determine where the longest wait times occur. The findings fall in line with the self-reported data: non-white communities face longer wait times.

The fact that this data backs up previous assertions is, on one hand, reassuring. The previous findings that we have relied upon appear to be accurate. Other than that, though, the information simply shows that non-white communities, especially predominantly black neighborhoods, are being disenfranchised. One of the primary culprits for that, according to the data, is voter ID laws. States that have laws on the books that require a form of photo identification be presented at the polls saw significantly longer wait times, primarily in minority communities where residents are less likely to have an ID. There are a plethora of reasons for that. Primary among them: non-white citizens are considerably more likely to be living in poverty than their white counterparts. (The reasons for this disparity are numerous and often stem from systematic and institutionalized oppression that limit opportunities for people from marginalized communities.) People who live in poverty are more likely to live in urban environments, where they can opt for public transportation and do not need to own a car — which they might not be able to afford in the first place. Because of this, they are unlikely to have a driver's license, the primary form of photo ID that would be required at the polls. Even so-called "free" IDs provided to people to enable them to vote are not free: they carry significant underlying costs, from fees for acquiring the necessary documentation like copies of birth certificates to traveling and waiting to be provided the ID to wages forfeited in order to get the documents. A report published by Harvard Law School's Institute for Race and Justice estimates free IDs actually cost between $75 and $175 to obtain. Add to that the fact that some states have made it inordinately challenging to get to locations that provide ID services. In Texas, some people have to travel nearly 170 miles just to reach the nearest office that provides IDs.

Voter ID efforts, often presented as an attempt to prevent voter fraud — a crime that rarely actually happens — lead to excessively long wait times at polling places, which regularly turn away voters and erodes confidence in our electoral system. The U.S. Election Assistance Commission estimated that, during the 2012 election between 500,000 to 700,000 people decided not to vote because of long wait times, and found that people who were required to wait in line for long periods of time were less confident that their vote was even counted. The Government Accountability Office determined that strict voter ID laws led to a two to three percent decrease in voter turnout. In 2014, the Presidential Commission on Election Administration established a standard that "No citizen should have to wait more than 30 minutes to vote.” Voter ID laws appear to be heavily contributing to many polling places failing that standard, especially in minority neighborhoods. The smartphone data used to analyze wait times found that the vast majority of voters in black neighborhoods — 74 percent — waited for more than half an hour just to cast their vote.

These outcomes should be viewed as entirely unacceptable. There are other contributing factors that cause long wait times, including lack of funding and staffing for polling places and the outright closing of polling locations that push more people into lines at a reduced number of available voting places. Many of those efforts disproportionately affect minority communities, as well, and should largely be viewed as an intentional effort to suppress voter turnout. But, the smartphone data suggests that one of the largest contributors to long wait times at polls is voter ID laws. A majority of states — 35 of them — currently have a voter ID requirement on their books, and 17 of those require a form of photo identification to be presented at polling places before voting. These efforts, even if they are genuinely attempting to cut back on instances of voter fraud — they aren't, but let's just pretend they are — are increasing the hurdles faced by minority communities to participate in our democracy. These wait times, confirmed by cell phone location data, should be viewed as a hurdle to democracy. It's great that people can pass the time in line with those very phones that let us know how long they wait, but no one should have to wait a half-hour or longer just to vote.