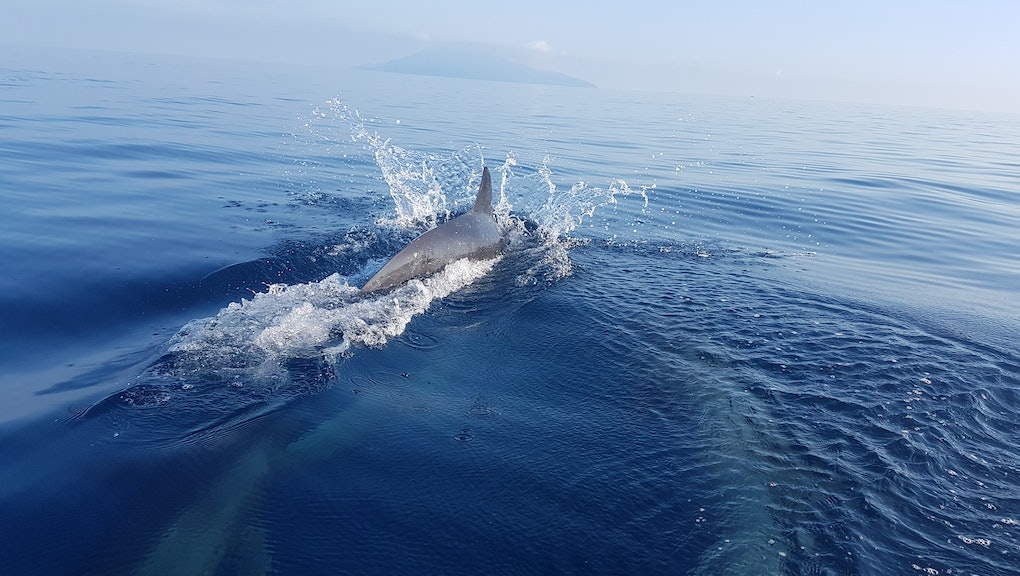 Humans are apparently so loud that it's killing dolphins

We've all had that neighbor in the building that manages to be loud all the time. Blaring music, booming parties; you can even hear them when they're just walking around. Well, to marine life, we are those neighbors. A new review published in the journal Science this week found that human-produced sounds are growing increasingly louder and disorienting for creatures living under the sea — and some are dying because of it.

In the first-ever comprehensive review of the matter, researchers analyzed more than 500 studies that have sought to determine how human noise affects aquatic life. What they found is that our underwater neighbors would really appreciate it if we would just be a little quieter. About 90% of the studies examined found that marine mammals including dolphins, whales, and seals experience harmful effects related to human noise. Similarly, about 80% of the research found similar effects plaguing fish and invertebrates. “Sound is a fundamental component of ecosystems, [and noise] impacts are pervasive, affecting animals at all levels,” the researchers concluded.

The findings of the review are incredibly troubling, especially if you know how reliant marine life is on sound. Sound travels faster and farther in water than it does in air, and many underwater organisms rely on sound rather than sight or smell to survive. Sound is key for many of these creatures to navigate, hunt, communicate, and attract mates.

“Everything from the tiniest plankton up to sharks sense their acoustic environment,” University of Exeter professor Steve Simpson, who was part of the review team, told The Guardian. “As a result, the animals have to produce sound to communicate, but also to receive sound.” The increasing amount of noise pollution creeping into the oceans from land, which Simpson described as an "acoustic fog," interferes with this. It can result in the ocean dwellers becoming disoriented, causing them to make poor decisions that can ultimately lead to their untimely deaths.

Researchers found that the seas have gotten particularly loud over the last 50 years, driven in large part by the increase in shipping that has more freight ships occupying the ocean than ever before. These ships, which produce a low-frequency sound as they travel, have increased the noise on their routes by as much as 32 times. Add to that fishing ships that use sonar to identify large schools of fish, and oil rigs and offshore wind farms that produce loud noises. Then there are the one-off events, like bombs going off, that send shockwaves — both physical and auditory — through the sea. All of that noise has also been exacerbated by climate change making oceans more acidic, which allows water to carry sound even farther, resulting in an even noisier ocean.

In terms of threats to marine life, noise pollution can be just as harmful as overfishing, pollution, and climate change, the researchers warned. But it’s also more easily solvable. Reducing boat speeds in the Mediterranean by just a few knots managed to cut noise by about 50%. Other simple solutions, like electric motors and propellers specifically designed to reduce noise, are readily available and have the added benefit of improving fuel efficiency and eliminating reliance on fossil fuels. That might seem like a lot, but it's all certainly more feasible than providing every dolphin and whale with earplugs.

This article was originally published on Feb. 5, 2021