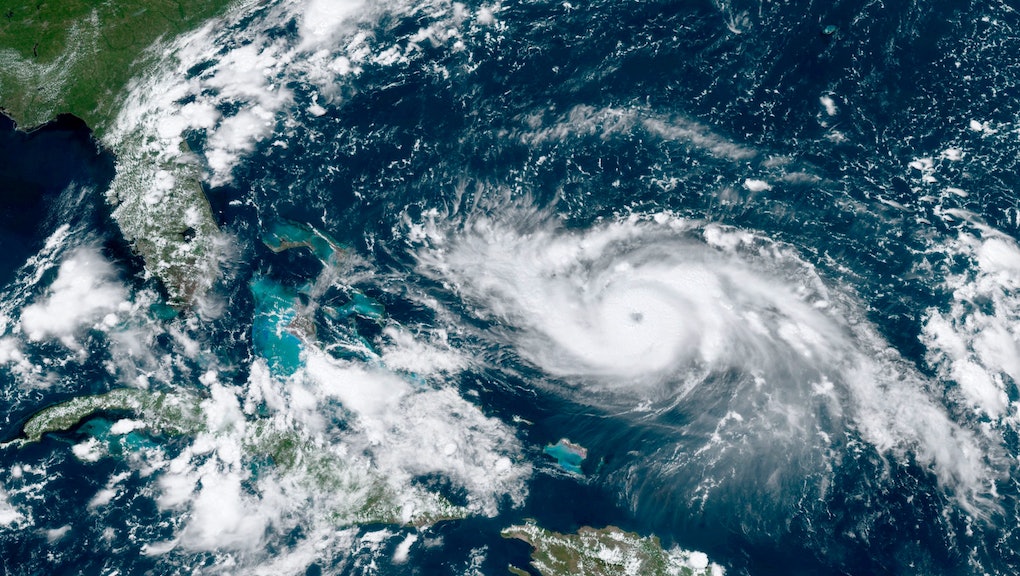 Growing up in Florida, most people are well versed in hurricane preparation. Have plenty of clean water ready. Buy non-perishable foods. Try to eat anything in the fridge that could rot if the power goes out. Buy some sandbags. We’ve even been regularly advised to not shoot bullets into the hurricane — which seems unnecessary, but more than a few Floridians know a guy who gets a bit trigger happy off a couple of Budweisers and the stimulation of a powerful weather event.

But everything we’ve ever prepped for, after decades of devastating storms have ravaged our coastlines, again and again, couldn’t have prepared us for the latest hurricane danger: dockless scooters. As Miami prepares for the potentially catastrophic Hurricane Dorian, a Miami City District commissioner posted that part of their disaster readiness includes clearing the streets of all dockless scooters, which could potentially become extremely dangerous projectiles as wind speeds reach above 100 miles per hour. Bloomberg reported that all of the scooters would be removed from the city by noon.

According to The Verge, dockless scooter company Lime had to pull their scooters in August of 2017 when Hurricane Irma threatened similar levels of high wind speeds. Lime has over 1,500 scooters in Florida, not to mention the numbers of scooters that other companies have placed in the state. Just think: thousands of electric scooters swirling around in the destructive path of a hurricane. That’s terrifying. To be impaled by a dockless scooter during a weather event made worse by climate change is also an extremely 2019 way to die, observed one Twitter user. It is, in the world of both hurricanes and innovative transit, something no one has seriously contemplated until now.

“In a major storm anything could become a projectile — it could be a scooter or a bike or traffic light or a lawn chair,” said Sarah Kaufman, Associate Director of New York University’s Rudin Center for Transportation and Public Policy. “It is yet another way people are vilifying scooters specifically.”

“Up until this point, scooters have been most popular in cities with decent weather, like Santa Monica, California, and Austin, Texas, where there aren’t frequent storms and inclement weather,” continues Kaufman. “That being said, scooters could be the best way to get around, because the roads may not be functional, so it could be a good way to get from one place to the other.”

Overall, the risk that a dockless scooter could become high-speed hurricane debris does not outweigh the overall positives dockless scooters contribute, according to Kaufman.

“When we’re talking about transportation, if we want to make it possible for people to get around for short trips, cars aren’t the best way to do it,” Kaufman explained. “The American reliance on cars is causing things like intense storms, so if we can have scooters or something else that help replace short car trips, and that is a more environmentally efficient way of getting around, then there is a real benefit to scooters.”

As hurricanes become an ever more likely threat with climate change possibly leading to an increased frequency and severity of storms, even the tech designed to reduce our carbon footprint might become a lethal weapon. What a time.

For updates on Hurricane Dorian, check with the National Hurricane Center.

More like this
Much of the American West is on fire. Again
By Vanessa Taylor
14,000 scientists warn of "untold suffering" if we fail to act on climate change
By AJ Dellinger
Wildfires are creating their own weather now, which is not great
By AJ Dellinger
Stay up to date