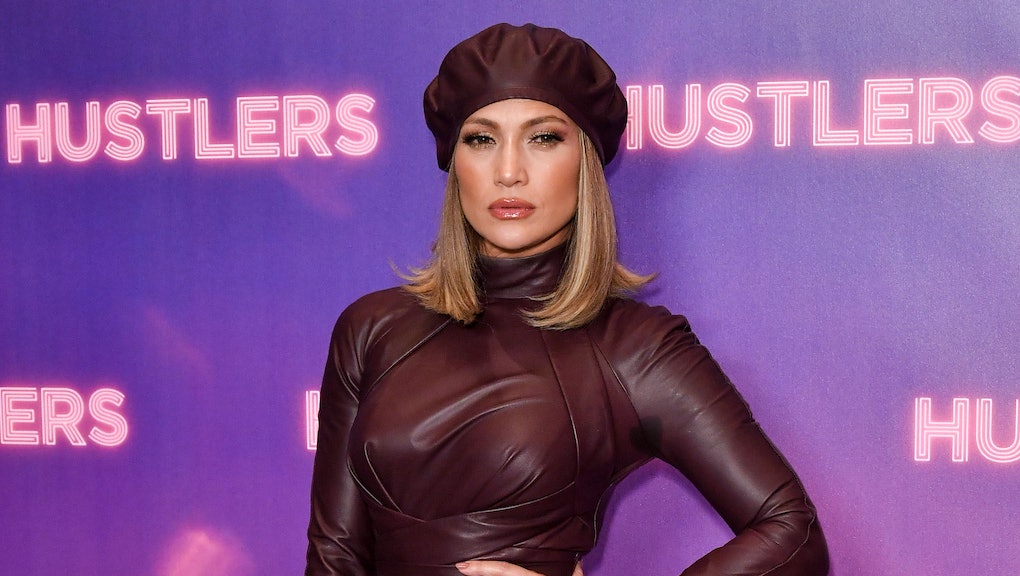 For Jennifer Lopez’s role in Hustlers, she plays an enterprising stripper who takes a younger dancer under her wing, and together they rob their wealthy clients in escalating feats of scamming. The film premieres on September 13, but those lucky enough to see it ahead of time have called Lopez’s performance career-defining, Oscar-worthy, incredible. Of course, it was! Lopez has been training for this movie for her entire career.

Hustlers, a movie about strippers robbing the rich men who caused the financial crisis, begins with a strip performance from Lopez to Fiona Apple’s “Criminal.” To prep for the scene, Lopez spent two and a half months training with a professional pole dancer, learning the entire choreography in between tour stops and press appearances for her other work. Daniel Day-Lewis could never.

In Selena, the Puerto Rican Lopez learned the famous Mexcian-American singer’s songs, mannerisms as well as her dance moves. The film, which was released 22 years ago has kept Selena’s story alive for younger audiences who never had the privilege of experiencing her music as it was being released. The performance cemented Lopez’s status as a star. That same year saw Anaconda — which pits Jon Voight, Ice Cube, Owen Wilson and Lopez against a horrible and obviously animatronic snake — a massive box office success.

Following Selena and Anaconda, there was Maid in Manhattan, where she experienced a Cinderella moment after (accidentally) conning Ralph Fiennes’ moneyed up character into falling in love with her, a single mother from the Bronx who is overworked and underappreciated. Speaking with GQ about the role, she said that it was one of her favorites because she was able to incorporate the way she actually spoke.

Maid in Manhattan also began an incredible run of romantic comedies that Lopez absolutely mastered. There was her role as an uptight Italian wedding planner in The Wedding Planner, then there was Monster-in-Law with Jane Fonda in 2005. She plays a woman who is artificially inseminated right as she meets the love of her life in 2010’s The Backup Plan, and in 2012 starred alongside Cameron Diaz in What to Expect When You're Expecting.

But Lopez’s acting career has never been restrained by a single genre. One of the best performances she ever gave was for the film Enough, a thriller centered around her character's desperate attempts to flee from her abusive husband, who used his endless financial resources to stalk her and their daughter from city to city across the country. It was a movie that was soon relegated to play midday on the Lifetime Movie Network, but Lopez’s performance showed her to be someone capable of mastering serious physical acting.

By the end of the film, Lopez’s character wasn’t running anymore. She learned how to fight — Lopez became a fighting machine, mastering krav maga and ultimately beating abusive husband to death, all the while calling him a pathetic coward. It was as much catharsis as it was entertainment; millions of women around the world have been subjected to the kind of abuse shown in the film, and so many systems exist just to fail them — so to watch Lopez transform into a perfect weapon of self-defense? Intoxicating, empowering, eternally relevant.

Lopez’s athleticism was also on display in her other career, as a full-blown pop star. She’s had a Vegas residency, world tours, multiple albums, and one song (called “Booty”) dedicated to her butt! Lopez’s career actually began as a dancer, and her first big gig was a dance role on In Living Color. Since then she’s done everything from dance to other people’s songs for the opening of 2015 American Music Awards (which was bizarre, unnecessary, but also nearly six minutes of nonstop dancing) to the choreography for the “Get Right” and “Amor, Amor, Amor.”

So the fact that was able to learn how to pull off an entire pole routine and tell the story of a woman who learned to take advantage of an entire system that oppressed her, comes as no surprise. Working your way through her filmography, Lopez’s role in Hustlers feels like the peak of another arc, beyond just her range as an actress or athleticism as a performer; Lopez has – whether playing a maid, a stripper, a doctor, or wedding planner – picked roles that exist comment in some meaningful (though not always obvious way) about how women have to exist and survive in the world. She’s played a vigilante and a victim, a maid, a cop and a mother. The same can be said to some extent, about her career as a recording artist. The song “Ain’t Your Mama” was an anthem of independence, a call for inequality at home and the workplace.

With Hustlers, it’s nice to see that she’s finally getting her due.