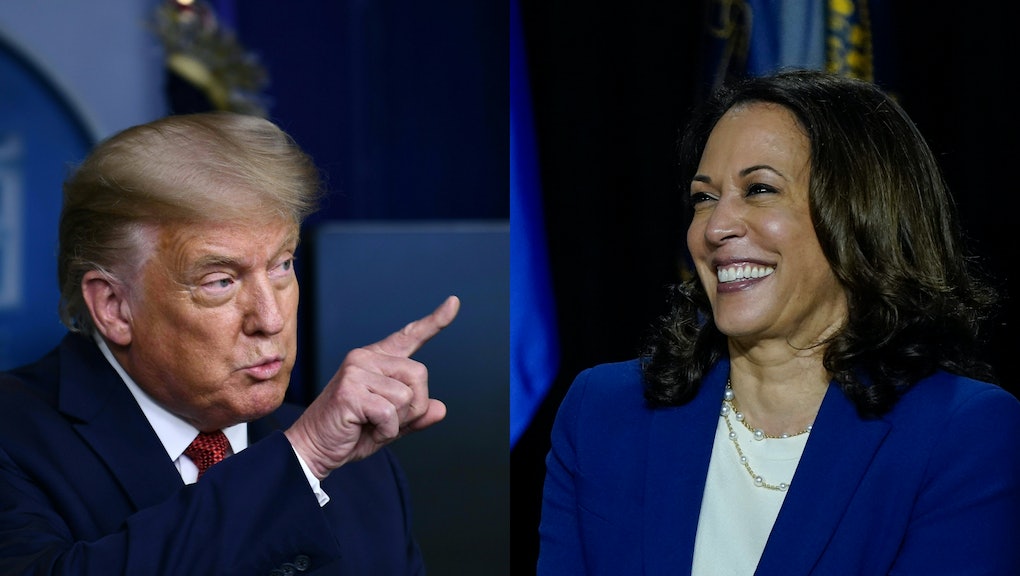 It's been nearly a decade since Donald Trump first made a political name for himself as the foremost advocate of the patently racist, and pathetically bogus "birther" conspiracy theory against President Barack Obama.

Since then, a lot has changed: Trump is president now, after riding the wave of bigotry and xenophobia he helped unleash against America's first Black president all the way into the White House. He has since publicly, albeit reluctantly, conceded that Obama was indeed born in the United States, and his initial foray into birtherism has long been overshadowed by even more overt and destructive forms of racist nationalism.

And yet, the cyclical nature of time itself makes fools of us all — especially those people naive enough to think the president and his enablers would ever fully abandon the deranged racism that propelled him into office in the first place. This time, however, it's not Obama whom Team Trump is claiming (or rather, just asking "an open question") might be ineligible for the presidency. It's newly named Democratic vice presidential candidate Kamala Harris.

On Thursday morning, the Trump campaign's senior legal adviser Jenna Ellis shared an article published the previous day in Newsweek, that baselessly speculated on whether or not Harris's citizenship (she was born in California to immigrant parents) could disqualify her from serving as VP.

That the basis for the article has long since been debunked didn't seem to worry Ellis, who doubled down by telling ABC News's Will Steakin that "it’s an open question, and one I think Harris should answer so the American people know for sure she is eligible."

To be clear: This is bullshit. There is no "open question" here, and Newsweek's subsequent defense of the opinion piece as merely an exercise in constitutional interpretation, and not a racist hit piece against a BIPOC elected official, is pathetically flimsy. (Among its many failings is the fact that Newsweek didn't disclose that author John Eastman ran in the GOP primary for California's 2010 attorney general race — which Harris eventually won).

What's obvious, though, is that the Trump campaign is floundering when it comes to figuring out how to attack Harris. Is the California senator a bomb-throwing radical? An overzealous authoritarian? A "nasty" woman?

Biden's campaign called the reckless, baseless insinuations that Harris's citizenship is somehow invalid "wretched, demonstratively false lies" to distract the public while the president "makes a fool of himself."

If anything, the fact that a high-ranking official on Trump's team would publicly float — and then double-down on — a return to birtherism is a sign that the campaign is desperate to throw anything at the wall and see what, if anything, will stick against Harris. It's also a sign that the Trump campaign has a pathetically shallow bench when it comes to coordinating attacks on political opponents. Birther nonsense? Again? We've been through this once before, and it was a painfully dumb, overtly racist exercise then. What exactly does the Trump team think has changed this time around?

Theirs is an embarrassing failure of racist imagination, and that they're even sending up Birther 2.0 as a test balloon should be enough to tell the world that they've tried nothing, and are already all out of ideas.