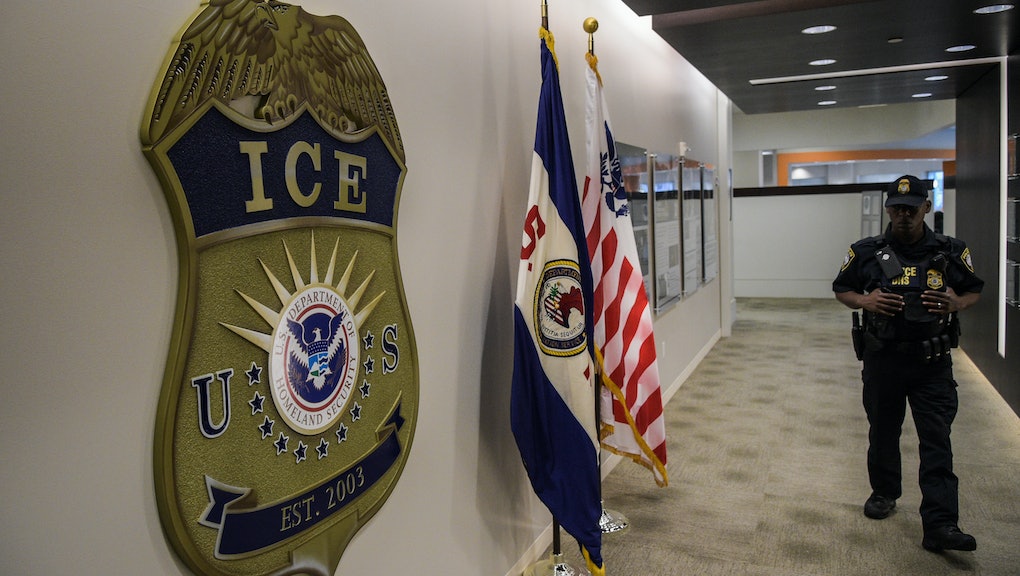 One of the first moves President Biden made after he took the oath of office was pausing deportations for 100 days. The move was seen as a welcome change of pace from the Trump administration — but advocates say that Immigration and Customs Enforcement (ICE) is actually ignoring Biden's guidance.

On Monday, ICE, which is part of the Department of Homeland Security, apparently defied a Biden administration directive to halt deportations by forcing more than 70 Haitian immigrants — including 22 children — to return to Haiti. The Guardian reported on the deportations Monday evening, saying that the federal government was making use of a 70-year-old rule that the Trump administration revived during the coronavirus pandemic. The rule, called Title 42, allows the federal government to deport people if they're seen as posing a risk to U.S. public health.

Not only have most of the people deported to Haiti tested negative for a COVID-19 infection, advocates say, but deportation puts them in imminent danger. "I fear for the kids being sent into the middle of this uprising," said Guerline Jozef, co-founder and executive director of Haitian Bridge Alliance. "The United States is sending defenseless babies into the burning house." In an interview with Democracy Now!, Jozef explained that Haiti is currently experiencing a wave of protests and instability, saying, "We are worried that we might end up with a bloody massacre."

The deportations come after much back and forth between Biden, ICE, and a federal judge in Texas who temporarily blocked Biden's executive order. Though Biden signed multiple executive orders intended to undo many of his predecessor's policies, he didn't rescind Title 42, which means ICE can still deport people under the guise of protecting U.S. public health. However, ICE's blatant refusal to abide by the president's previous directive indicates a bigger issue brewing within the agency.

Freshman Rep. Mondaire Jones (D-N.Y.) said on Twitter that he and the Congressional Black Caucus sent a letter to the recently seated DHS secretary, Alejandro Mayorkas. The letter called on Mayorkas and the Biden administration to halt deportations for good and break from the Trump administration's approach to immigration proceedings. Recently, Jones told The Guardian that ICE was a "rogue agency."

"We are all in disbelief of what we are witnessing right now in these United States of ours," Jozef told Democracy Now!. "To see how we continue to witness the same draconian, the same cruel and inhumane process that President Trump left behind."

More like this
Biden has hit his 100th day in office. So what's next?
By Rafi Schwartz
Biden's $1.8 trillion "American Families Plan" is a massive down payment on the future
By Rafi Schwartz
West Virginia is bribing young people to get vaccinated with cold hard cash
By Vanessa Taylor
Stay up to date