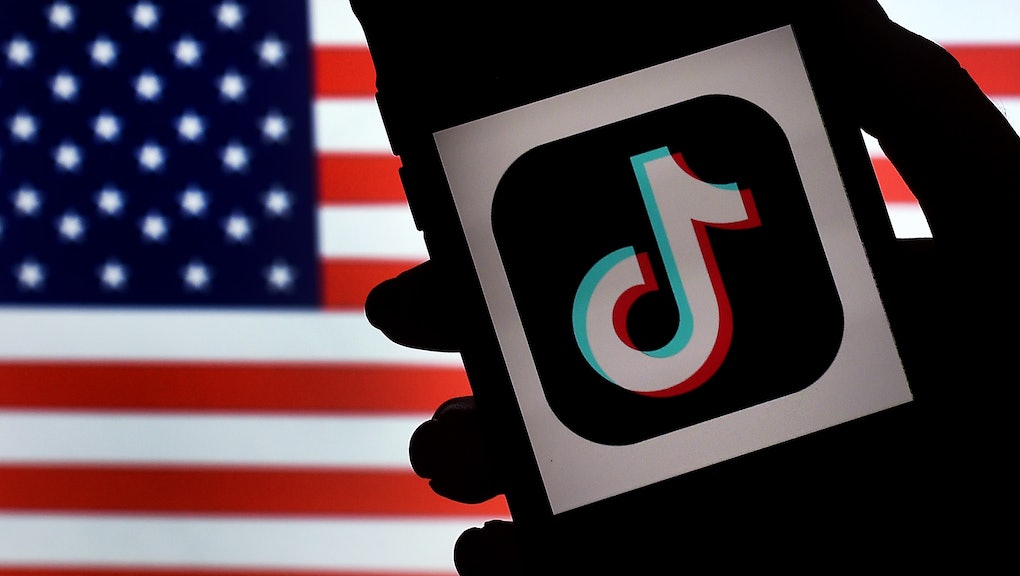 If Trump can bully TikTok into selling, which company is next?

Donald Trump wants TikTok to be an American-run company. He wants that outcome so badly he’s willing to ban the app entirely if he doesn't get his way. It seems likely that Trump will get his wish, though, as Microsoft is reportedly in talks to purchase and operate TikTok in the US. Assuming the deal gets done before the President's arbitrary September 15 deadline, TikTok teens will be able to continue using their favorite app without interruption. But could other companies based overseas and serving US users face similar issues if the president decides, either due to national security concerns or a personal grudge, that he doesn’t like them? It’s possible.

TikTok is not the only app or tech company based in China that appears to be in the government’s crosshairs. Last month, Secretary of State Mike Pompeo said that the administration was taking a close look at other Chinese apps and might try to ban them. White House trade adviser Peter Navarro specifically name-dropped WeChat, a popular messaging service owned by Chinese tech giant Tencent, as the next target, despite the fact that WeChat's userbase in the US is largely made up of Chinese immigrants who use the app to stay in touch with friends and family back in China. The US could also potentially copy India's target list. That country's government recently banned 59 apps operated by Chinese companies. That would put companies like Tencent Games, the developer of the wildly popular mobile game PUBG, on the chopping block.

While the TikTok controversy has garnered a considerable amount of attention given the popularity of the app, the playbook for Trump's tactic actually went into action last year, when the Committee on Foreign Investment in the United States (CFIUS) forced Beijing-based Kunlun Tech to sell Grindr. "The US government was concerned that the Chinese government could use sensitive data of US citizens for blackmail purposes," Sarah Kreps, the John L. Wetherill Professor in the Department of Government and Adjunct Professor of Law at Cornell University, tells Mic.

The same framework of that deal can be seen in the TikTok standoff. After making a vague claim of national security concerns, which may or may not have a basis in reality, the government puts forward the ultimatum for the foreign interest to sell the company or face punishment. Of course, in the case of Grindr, CFIUS had the final word. That agency's entire job is to evaluate the national security implications of foreign investment. CFIUS is reportedly involved in an investigation reviewing Chinese company ByteDance's $1 billion acquisition of the US-based app Musical.ly, which became TikTok, but has not made any public proclamations thus far. Should CFIUS reach a similar decision as it did in the Grindr case, expect even more pressure for the TikTok sale — and attempts by the Trump administration to replicate this formula again. At this time, there is no clear indication that CFIUS is planning to announce its decision prior to Trump’s September 15 deadline.

The approach is effective, according to Kreps, because it really doesn't leave businesses with many options. "Businesses cannot easily circumvent CFIUS demands," she says. "National security arguments are always hard to counter, and in this case even harder because many of the measures have rare bipartisan support, which means they are all the more likely to be the last word." She suggests that it is possible the administration takes this opportunity to develop a sort of "dragnet" strategy as it attempts to push out Chinese interests as part of a "'tough on China' election-year maneuver."

The TikTok fiasco is just the latest in what Kreps describes as the Trump administration's "increasingly aggressive measures to disentangle the US from Chinese tech influence." She notes that specifics may vary depending on the company being targeted, but the end goal is largely clear. "The objective seems to be for the US to reassert a form of economic independence, extricating itself from Chinese tech supply chains or insulating itself from the prospect of data harvesting."

This played out earlier in the Trump administration when the federal government underwent efforts to expel Chinese tech manufacturers like Huawei and ZTE from operating in the country. These companies may not sell many phones or computers in the US, but they have significant business here selling parts and chips to US tech makers. Kreps notes that by placing Huawei and other Chinese tech firms on the US Commerce Department's "entity list," which effectively blacklists those companies from doing business with US firms, the administration managed to "disrupt those industrial relationships. That has far-reaching effects outside of the US. As the US took a stand against Huawei, it also pushed its allies to do the same. Kreps says that the United Kingdom was planning to allow Huawei to be involved in building out a 5G network that would serve the country but instead banned the company from being involved in the project due to pressure from the Trump administration. That cost the UK "both money and time in its 5G rollout," Kreps says.

Just how long the Trump administration can pursue this goal of pushing out Chinese interests, and how effective it will be, is yet to be seen. Kreps says that if national security is truly the goal here, "then the safe, precautionary approach is the one it's taking." However, she notes that there are other factors at play.

"The US needs to be clear-eyed about the economic consequences of over-meddling in these markets," she says, warning that its possible that China could retaliate against US companies. The posturing for such retribution is already in place. This week, China referred to the US as a "rogue country" and called the TikTok deal a "smash and grab" attempt. China has shown it has no problem holding a grudge against a US company, and Kreps warns that a company like Apple could suffer serious consequences and lose access to a major market if tensions between the US and China continue to escalate. "In the long run, foreign companies might consider that doing business with the US is unreliable and try to create in-roads in alternative markets like Europe," Kreps says.

While the Trump administration's approach may seem like a brute force attempt to muscle out foreign interests, it also has precedent. A similar sort of standoff took place in the 1980s when the US took exception to Japan's growing influence and started to scrutinize the country's role as it invested in sensitive infrastructure and industries in the US. The administration has already managed to successfully disrupt the operations of several Chinese companies within the US, and it appears that it will succeed in turning TikTok into an American company. It’s also possible TikTok will be the last straw for China, and it will seek retribution. Essentially, this strategy will work for the Trump administration until it doesn’t.

More like this
QAnon queen Marjorie Taylor Greene got suspended from Twitter for spreading coronavirus misinformation
By AJ Dellinger
Conservative grifters are selling a cheap Chinese smartphone as a solution to Big Tech censorship
By AJ Dellinger
Mississippi has the lowest vaccination rate in the country, and Facebook isn't helping
By Vanessa Taylor
Stay up to date