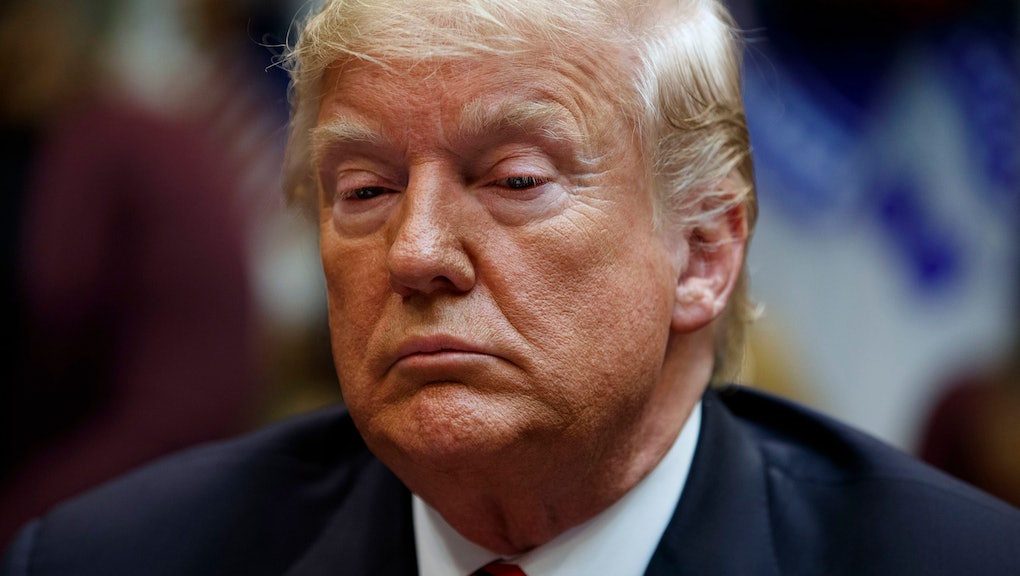 Now that the House has begun its impeachment inquiry, people are beginning to wonder if President Trump may actually be impeached. A CNN poll released Tuesday found that 50 percent of Americans do support impeaching Trump. However, additional surveys have shown that public feelings around impeachment are much more complicated than they might appear on the surface.

Conversations around impeaching Trump aren't exactly new, but the formal proceedings are. House Speaker Nancy Pelosi officially backed a formal impeachment inquiry into Trump back in September. The decision was driven by concerns around Trump trying to get Ukrainian President Volodymyr Zelensky to investigate Vice President Joe Biden.

Notably, CNN's new poll is the first time that support for impeachment and removal outpaced opposition. Conducted by independent research company SSRS, interviews for the poll took place between Oct. 17-19.

Of course, not everybody polled was on board with the idea. The survey showed that, of the 1,003 respondents, 43% don't believe Trump should be impeached and removed from office, while 7% have no opinion.

These results may read like the country is moving towards wanting to get Trump out of office. But on Monday, The New York Times and Sienna College released a separate poll conducted in six swing states: Pennsylvania, Florida, Michigan, Wisconsin, North Carolina, and Arizona.

All of those states, which Trump won in 2016, back the impeachment probe at 50% to 45%. Things get tricky from there, though, because backing the probe itself doesn't mean people support actually impeaching Trump.

According to the Times, of those same voters, only 43% support actually going through with the full impeachment process and removing Trump from office, while 53% oppose the idea. Essentially, the survey suggests that American politics are, yet again, deadlocked.

Meanwhile, more and more Trump associates are now being called to testify before Congress. On Tuesday, career diplomat William Taylor will speak with investigators about the Ukraine affair, while investigators will hear from Laura Cooper, the deputy assistant secretary of defense, on Wednesday. While it's possible that what's said before Congress could influence public opinion, it's actually not too likely.

No matter where people stand on impeachment, CNN found that people aren't easily swayed. The poll asked people on each side of the debate how strongly they felt about their positions. On the impeach and remove side, 90% said they felt that way strongly, as did 86% of those who believe Trump should not be impeached and removed.

Over the past few years, many regular people have called for Trump's impeachment. However, it's important to remember that only two presidents in the entire history of the United States have been impeached — and they both remained in office.