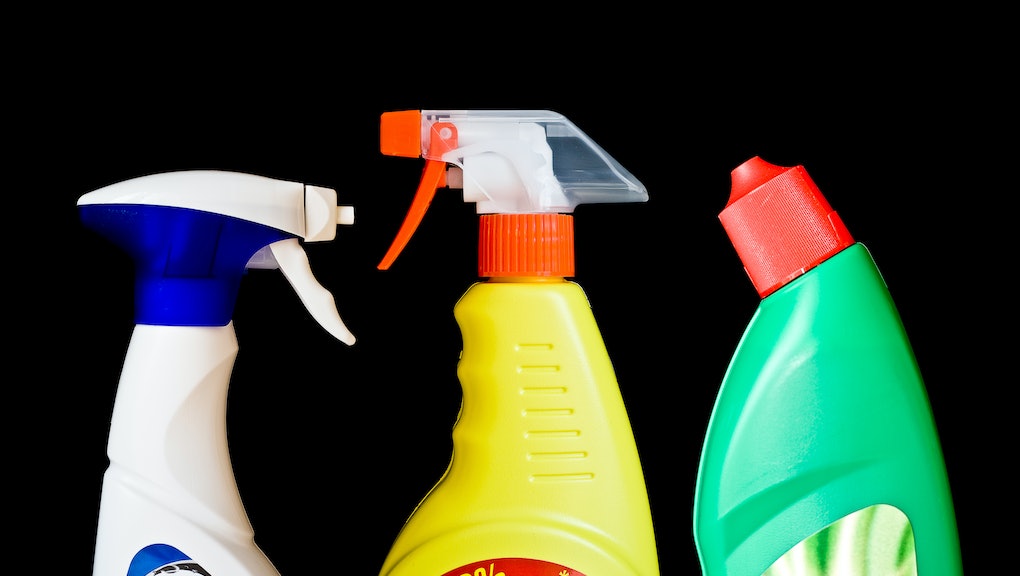 In a disinfecting frenzy, Americans are accidentally poisoning themselves

Here’s a terrifying side effect to an already morbid pandemic: As COVID-19 infection rates were soaring in the US in March and early April, so were the number of people accidentally poisoning themselves while using cleaners and disinfectants, in their homes, to prevent coronavirus. According to the CDC, calls to poison control centers rose 20% in the first quarter of 2020.

During this time, an estimated 45,550 people called the poison control hotline complaining of symptoms like dizziness, shortness of breath, and vomiting — symptoms that can be caused by inhaling or ingesting products meant to be used on surfaces. The saddest part of this is that children under five were disproportionately affected, reported Bloomberg, which means that the danger lies not just in inhalation but accidental ingestion.

In one instance, a pre-school aged child was found unresponsive in her home. There was a 64-ounce container of ethanol-based hand sanitizer on the kitchen table, which the child had apparently swallowed. After consuming an unknown amount, she got dizzy and reportedly hit her head. Her blood alcohol level was over three times the limit for legal driving in most states, Bloomberg reported. Thankfully, the child was admitted to pediatric intensive care and had recovered within 48 hours, according to reports.

In a case that feels freakishly familiar, a woman was soaking her produce in a solution of bleach and vinegar when she began wheezing. She had heard on the news that people should make sure that their groceries were sanitized, but her cleaning solution created noxious fumes that landed her in the ER on bronchodilators. She was reportedly sent home after a few hours, which is a relief.

We are all justifiably scared of infection, but we have to remember that the novel coronavirus is not the only thing that can hurt us. The CDC says that, in order to prevent these kinds of poisonings, it’s important to follow the manufacturers' instructions when using cleaning products, wear proper protective gear, make sure that your area is well ventilated, and keep any potentially toxic substances out of the reach of children.

More like this
Empty middle seats cut coronavirus risk drastically, according to new study
By Tracey Anne Duncan
COVID-19 vaccine drug interactions: Is there anything I should avoid?
By Joseph Lamour
Why Johnson & Johnson vaccine sites in 3 states have been shut down
By Tracey Anne Duncan
Stay up to date