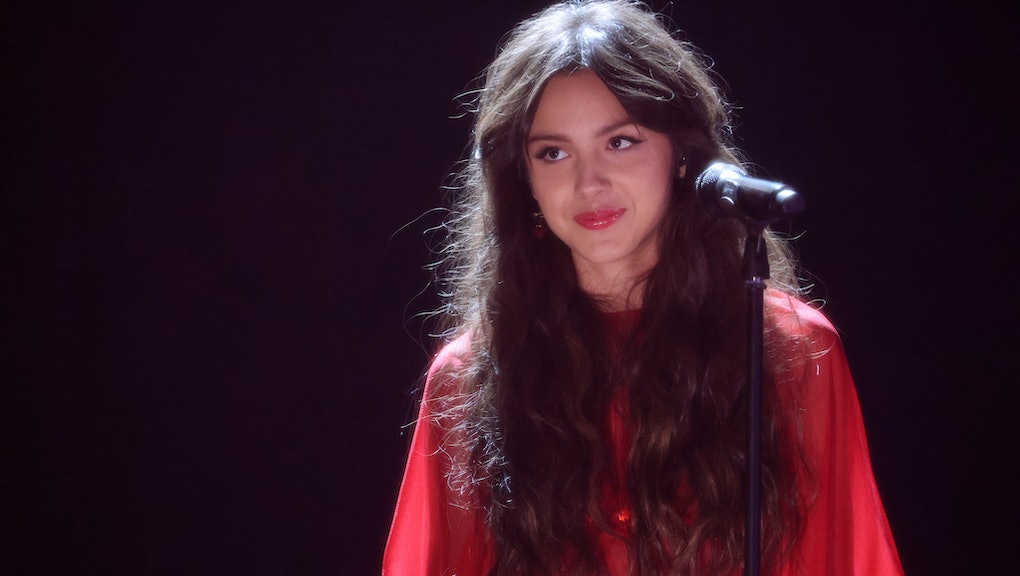 In a #FreeBritney era, will we treat Olivia Rodrigo differently?

Olivia Rodrigo may be the latest singer to unexpectedly skyrocket into superstardom seemingly overnight, but you wouldn’t necessarily know it from her demeanor. In a recent GQ profile, Rodrigo acknowledged the disorientation of her massive success in 2021, but also seemed to speak with the knowing, levelheaded voice of someone well beyond her more recent household-name celebrity status.

“Something that I learned very early on is the importance of separating person versus persona,” she explained in the interview. “When people who don't know me are criticizing me, they're criticizing my persona, not my person. But that's really difficult, though, too, because my persona is being as genuine and honest as I possibly can, so it's this weird dichotomy.”

The most revealing moments, though, came when Rodrigo spoke about the precarious nature of the celebrity apparatus, particularly in how it tends to mangle young women. Female pop stars like Rodrigo, for instance, are essentially discarded when they reach 30, she noted. Meanwhile, at the age of 14, when she was still just a child actress on the Disney Channel, Rodrigo was already being asked by suits what her brand was.

“But as a young girl, that was really daunting to me,” she recalled. “I felt like if it wasn't able to be seen by other people and it wasn't consumable over the internet or over other mediums, then it wasn't worthwhile.”

Rodrigo’s conversation is framed, in part, by the #FreeBritney movement and our collective consideration of the cultural toxicity toward young female stars that led Spears to her current horrific reality. The parallel is hard to avoid: aside from the fact that Rodrigo often harps (including in the GQ interview itself) on her obsession with that era of early-aughts pop aesthetic, she is following a trajectory that mirrors Spears — a teenager who skyrocketed into global superstardom in the blink of an eye — at the exact same time that we are rethinking how damaging that entire period was for Spears herself. The question is: has this reckoning meant that we will now treat someone like Rodrigo differently?

Of course, the very tone of press like this GQ interview — as opposed to, say, Spears’s infamous Rolling Stone cover story (whose sexualized images of a young Spears we still seem to be attempting to unpack) — indicates that there is a shift. Rodrigo herself seems a bit unsure — the industry, she thinks, has gotten “better at not taking advantage of and manipulating and bullying young women,” though she also still sees it. But Rodrigo seems to know the deck is fundamentally stacked against her. Her people-pleasing streak, she says matter-of-factly, comes from “being a girl,” and from the internalized double standards around how women in power ("People are so quick to call successful women divas...") are perceived.

It would seem, in hearing Rodrigo’s eloquent considerations around these warped societal expectations, that, as the article notes, she has “a good head on her shoulders.” But then again, who’s to say all the stars who came before Rodrigo didn’t have good heads on their shoulders? Who’s to say they didn’t all innately understand from a young age exactly how they and their image are twisted and exploited — but that they simply didn’t have the ability to speak as sharply to it all because our culture didn’t have the language, space, or willingness to listen?

Maybe we do now, but it’s hard to say, considering how early and primitive some conversation in the post-FreeBritney era seem to be, and how many steps backward tend to happen after a forward leap. Maybe, for now, the best thing we can hope for is that Rodrigo will at least have an easier path than Britney did.