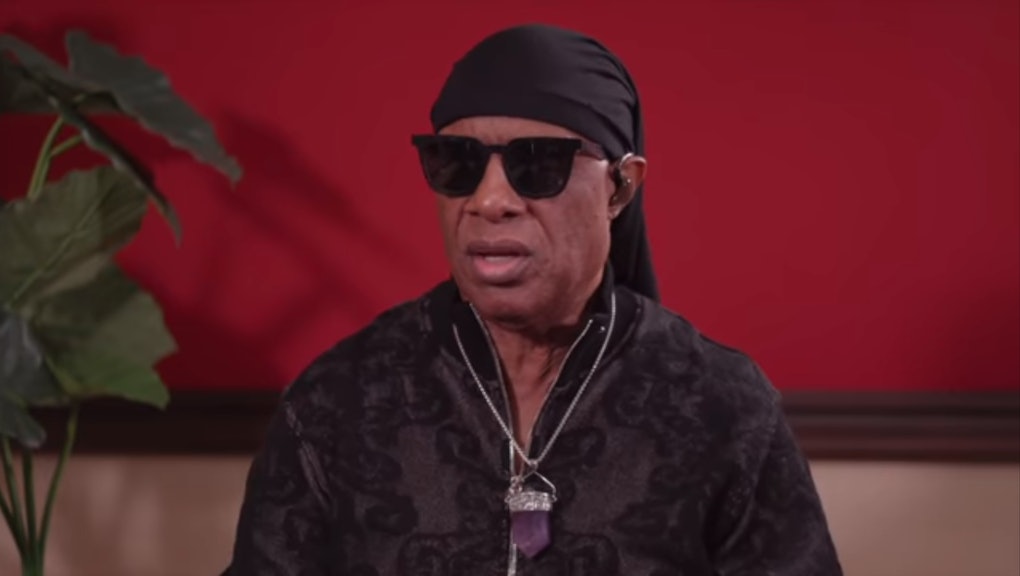 In an emotional 7-minute clip, Stevie Wonder makes a stirring case for voting

Ever the voice of a fundamentally broken nation, Stevie Wonder released a seven-minute video statement on Wednesday, paying tribute to Breonna Taylor and conveying the enormous stakes of the moment. Titled “The Universe Is Watching Us,” Wonder makes an evocative case for continued protest and mobilization at the ballot box.

Although his video was uploaded hours before the grand jury failed to indict three officers on any charges directly related to Taylor’s death, with just one charge of first-degree wanton endangerment for officer Brett Hankison, Wonder seems to anticipate the outcome. He runs down a sprawling list of concerns, from the active efforts of the administration to delegitimize mail-in voting, agitators co-opting protest moments, and the system's devaluation of Black life:

“Truth: Mail-in voting is, and has always been, safe. The current president uses the system. Truth: Black and brown people want safety just like everybody else. Truth: You better believe people have come to our communities, co-opted our cause, incited violence. The community knows it, even if you don’t and won’t report it. Truth: No amount of money has ever brought a life back. Ask yourself: Why so long for Breonna Taylor?”

Wonder cannily takes aim at “All Lives Matter” detractors of the protest movement, who want activists to pipe down while police departments systematically kill unarmed Black men and women. “You say you’re sick and tired of us protesting. I say, not tired enough to make a change. You say just you hold on. I say no way, ‘cause we can’t put it in the hands of fate,” Wonder says. “You say you believe that ‘all lives matter.’ I say I don’t believe the fuck you do.”

Wonder becomes visibly choked up by the end of the video statement, honoring Ruth Bader Ginsburg and evoking John Lewis' "good trouble" maxim as cause to vote in November:

“Do as John Lewis said. Do ‘good trouble.’ And for me ‘good trouble’ is bringing our nation, this nation, back together again. And the way we do that is to vote justice in and injustice out. We just can’t put November in the hands of fate, but we can put it in our hands. The universe is still watching us. And now, Justice Ruth Bader Ginsburg is watching us, too. So please, let’s do life. It is worth living and loving and being together.”

Wonder shared another video titled “The Universe Is Watching Us” back in June, discussing the Black Lives Matter protests and how long he’s been invested in the fight to curb injustice. “How did it feel to celebrate freedom that we’re still fighting for? Hm, it felt and feels too familiar. I know that dance, I’ve heard those songs,” he said at one point. In both videos, he places the onus on voting in November to effect change, which feels like just one small but essential piece of the puzzle.