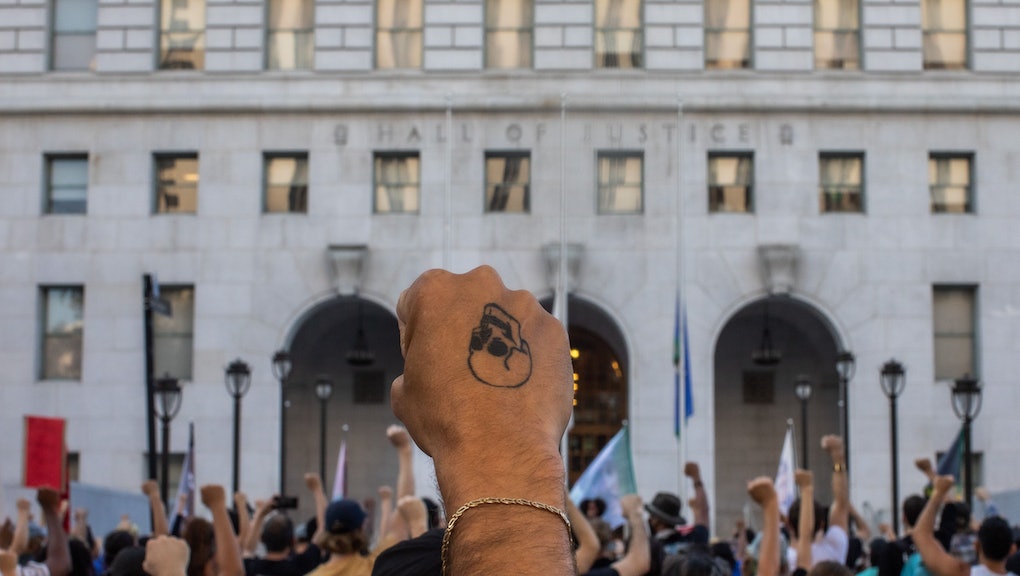 Dozens of protesters were arrested Wednesday night, as Louisville, Kentucky, exploded in rage over the grand jury decision not to charge any of the officers who shot 26-year-old Breonna Taylor to death in her own home with her killing. One former officer, Brett Hankison, was indicted on three counts of first-degree wanton endangerment for firing his gun into the apartment of one of Taylor's neighbors.

At least 127 people were arrested during the protests, Louisville Metro Police Department spokesman Dwight Mitchell announced Thursday morning. Among those detained during the protest was an individual believed to be responsible for shooting two police officers during the demonstrations. Both officers are expected to recover.

Among those marching in Louisville were also members of what appeared to be a heavily armed militia, who at one point were filmed coordinating tactics with local police officials.

Anger over the charging decision wasn't limited to Louisville. In Portland, Oregon, once the epicenter of the ongoing social justice protests that have rocked the country since this past spring, police declared a "riot" after hundreds of demonstrators massed on the streets following Cameron's announcement.

Police in Atlanta, Georgia, meanwhile deployed chemical weapons to disperse several hundred protesters who had marched to the state capitol. At least seven people were arrested.

In Minneapolis, where the police killing of George Floyd helped set off the past several months of renewed social justice protests across the country, demonstrators marched down I-94 before massing at the state capitol in St. Paul, where speakers reportedly denounced the charging decision as "disgusting" and "disrespectful."

Unsurprisingly, President Trump's first statement in his acknowledgement of the hurt many in Louisville were feeling after the grand jury's announcement was to focus on the injured officers. He indicated the federal government is ready to deploy to the city to quash protests if needed.

Earlier in the day, the president used a question about the charging decision to heap praise on himself, telling the assembled press corps that "my message is that I love the Black community, and I’ve done more for the Black community than any other president, and I say, with a possible exception of Abraham Lincoln."