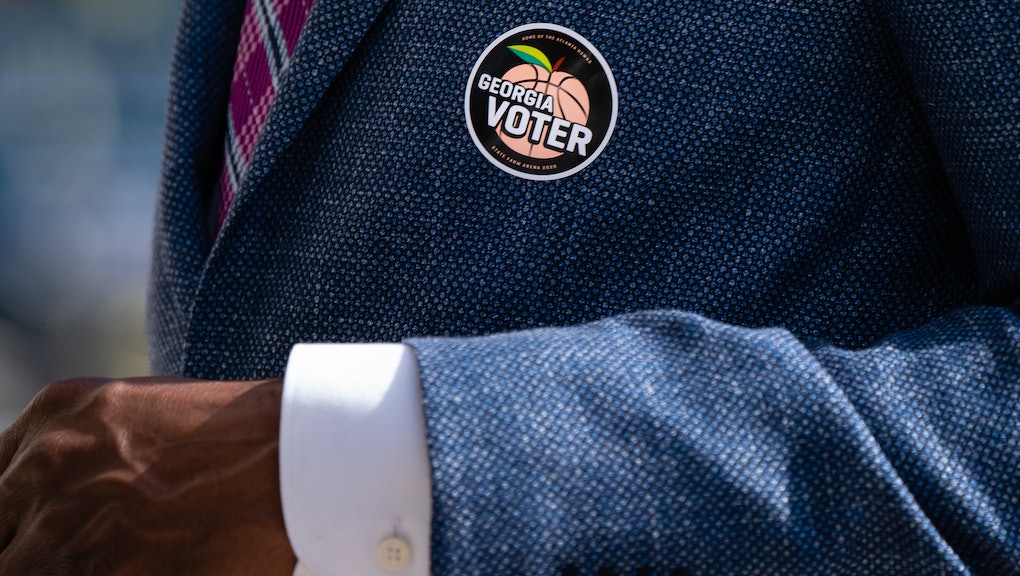 In Georgia and Florida, mail-in ballots from voters of color are being rejected at higher rates

Florida and Georgia have long been highlighted during the election cycle as two critical battleground states. Florida's swinginess is rather infamous, while Georgia has quickly become Democrats' white whale in terms of deep-red states they've pushed to purple and hope to flip blue. But mail-in ballots from these states, particularly from voters of color, are being flagged — and possibly rejected — per recent analysis from NBC News and TargetSmart, a Democratic political data firm.

Eleven states have released data on flagged or rejected ballots sorted by race and ethnicity, totaling over 60,000 ballots. In Georgia and Florida, over 7,900 ballots cast by Black, Latinx, and Asian voters were marked for error at higher rates than ballots cast by white voters, NBC News reported.

Nonwhite voters in Florida, a diverse state that leans slightly right, have seen their ballots flagged at twice the rate of white voters, NBC News reported. While the state's election officials are working to contact voters with marked ballots, those ballots could be discounted if voters don’t rectify the problems by Thursday. For many, the reason for ballots being flagged is as small as not having a signature on the ballot envelope.

Meanwhile, in Georgia, a traditionally Republican stronghold that’s now considered a bona fide battleground, the racial disparity is even more stark, per NBC News. Latinx people's ballots are marked as possibly in error at two times the rate of white voters'. Mail-in ballots from Asian voters, who have historically experienced low campaign outreach and higher-than-average ballot rejection rates, are flagged at a whopping three times the rate of balltos from white voters. Black voters have had their ballots flagged a little over two times the rate of white voters.While elections officials in Georgia are similarly reaching out to Georgians with flagged ballots, the secretary of state’s office has reported that few have actually "cured" their votes.

Unfortunately, these flagged ballots aren’t the only barriers that voters of color routinely faced this election cycle. The turnout of Black voters in Georgia, for one, has surpassed its 2016 levels, and the state is on track to surpass its record for the number of votes casted (4.1 million in 2016). Yet this optimistically high turnout came with a cost. Nonwhite voters in metro Atlanta polling locations faced lengthy waiting times during early voting, thanks to problems with electronic poll books and the fact that there are fewer polling locations relative to the number of active voters in certain neighborhoods. Some voters in Atlanta reported waiting hours to cast an early ballot — all in the name of democracy.

Florida’s messy history with disqualified ballots spans two decades. Of course, there’s the chaos that ensued during the 2000 presidential election over the use of punch-card ballots. But over 32,000 mail-in ballots were rejected during the 2018 Senate race, which became the topic of legal battles during a contentious election between then-Sen. Bill Nelson (D-Fla.) and Rick Scott. (Scott won.) Politico additionally reported in September that over 35,000 mail-in ballots were discounted in Florida's primary this year.

"We’re still in the midst of it all, so we should be careful about making too much about preliminary data while we’re still receiving ballots," Micah Kubic, the executive director of ACLU Florida, tells Mic. "That said, the statistic is not one that’s surprising to us, since it’s been the case in every single election. We’ve been tracking mail-in ballots for several years, and every time we’ve analyzed it, voters of color have been about twice as likely to have their ballots rejected, along with very old voters and very young voters."

There is some hope, however. This election cycle has seen a low ballot rejection rate — shocking when you consider the fact that almost 64 million voters submitted absentee ballots, out of over 100 million early voters. However, this record number of mail-in ballots only underscores how high the stakes are for discounting ballots, especially on mistakes as mere as forgetting a signature.

"Even if the percentage [of rejected ballots] is relatively small — between 1-2% of ballots being rejected depending on the county — when you’re talking about 10 million ballots in the state, potentially more than that this time, 1% does add up," Kubic says. "And Florida is notorious for having close elections — those rejected ballots can make a difference."