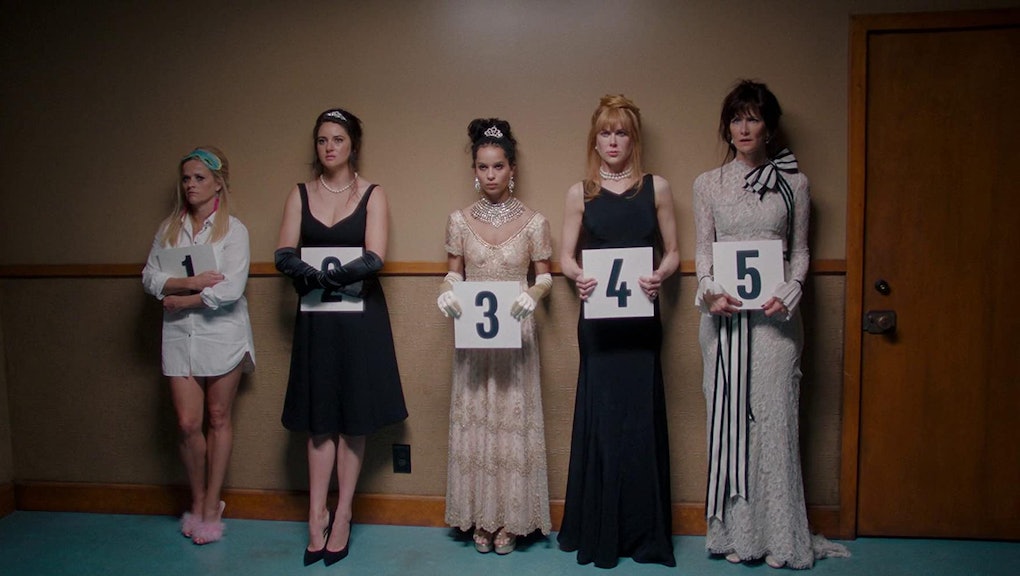 In praise of the limited series

In times like these, many of us are inevitably binging beloved old TV shows like Lost and Alias on Hulu and Netflix. But as you slog through four or seven or ten or even 30-odd seasons of a long-running series, it becomes evident just how many shows start off brilliant then “jump the shark,” so to speak. Mic’s director of social, Ramy Zabarah, put it really well in our Slack chat the other day: “Lost was the first time I realized how difficult it is to end a TV show.” (He’s in the middle of a repeat isolation binge of Lost right now.)

One solution to writers’ room fatigue: the limited series. An entire story told in eight or ten episodes, over in a few months or a few hours, depending on your consumption method (streamed weekly or binged all at once). Smaller-scale narratives have all the addictive excitement of a multiple-season show. And instead of investing in a story that could go on for years, audiences can pick up a series that’s less of a commitment. It’s part of a larger trend; short form streaming platform Quibi, slated to launch this spring, is building their brand around the demand for short “bites” of content.

Limited series are a relic of the broadcast age, in a lot of ways. Networks ran miniseries like Roots or Stephen King’s It as a way of creating programming “events.” HBO, in particular, navigated the jump from cable to streaming with poise, partly thanks to its library of limited-run series, which broadcast equally well on either platform.

They are also a good way for streaming platforms-turned-studios to invest in buzzy titles and expensive talent, without the pressure of yearly contract renewals and negotiations. With a show like Big Little Lies, for example, you get a star-studded cast filled with the likes of Reese Witherspoon, Nicole Kidman, Zoë Kravitz, Shailene Woodley, Laura Dern and Meryl Streep, for Pete’s sake.

A veritable cornucopia of limited series have been beamed to our screens in recent years. The Outsider was a hit for HBO this winter; Sharp Objects and Big Little Lies were both past wins for the network. There was The Young Pope, which morphed into The New Pope. This fall’s Watchmen was acclaimed, too. The Night Of was also a breakout success a few years back, drawing about 7 million viewers every episode. Devs, Little Fires Everywhere, The Plot Against America, Self Made and The Tiger King are all currently airing and generating big buzz.

There are literally so many limited series currently in development that researching them all caused my browser to crash. HBO’s I Know This Much Is True will star Mark Ruffalo as identical twins — one of whom suffers from PTSD, while the other is a paranoid schizophrenic. There’s an Evel Knievel limited series starring Sarah Gadon in the works for USA Network. Two Judy Blume shows are coming down the pipeline: Summer Sisters on Hulu and Wifey on HBO. Warner Bros. wants Matt Damon to play Joker in a Batman: White Knight limited series for HBO Max. Nicole Kidman and Hugh Grant are signed on for another HBO drama called The Undoing. Ryan Murphy is doing a limited series for Netflix called Halston, starring Ewan McGregor as the iconic fashion designer and Krysta Rodriguez opposite him as Liza Minnelli. The list goes on and on and on.

There are so many beloved TV shows that ultimately jumped the shark, just because there was nowhere for the story to go. And because of that, there are about a million series I’ve picked up and watched feverishly then abandoned because they got so bad. Shows like Dexter, Alias, Riverdale, Outlander, Weeds… Even something like Chilling Adventures of Sabrina would be better if it were packaged as a neat, compact story. For all these reasons, I’m into the limited series boom currently sweeping TV. If the COVID-19 pandemic ever slows down and TV shows are able to film again, we’ll be looking at a halcyon age of easily watchable entertainment.