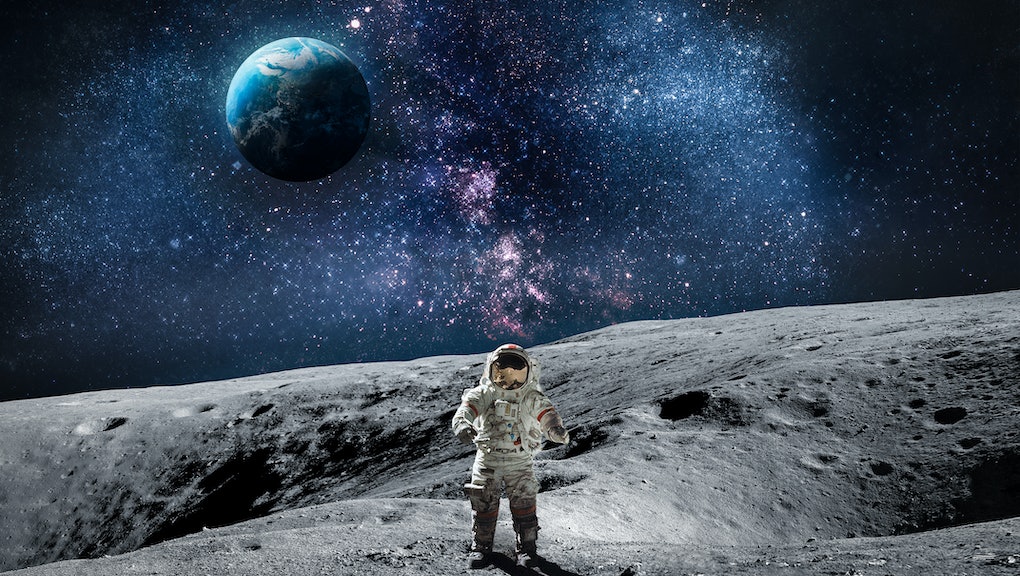 In the middle of a pandemic, Trump is thinking about mining the moon

This week President Trump signed an executive order in support of moon mining and exploitation of other space resources, potentially bringing the United States one step closer to building houses made of pee on the moon.

Space, even more so than borders on Earth, presents a political conundrum. There are two main treaties to consider when it comes to space resources: the 1967 Outer Space Treaty and the 1979 Moon Agreement.

Under the Moon Agreement, non-scientific use of space resources has to be governed by an international regulatory committee. However, only 18 countries have signed it, and the United States is not one of them.

The executive order argues that differences between the 1967 Outer Space Treaty, which the United States signed, and the 1979 Moon Agreement "contribute to uncertainty regarding the right to recover and use space resources." It relies on an interpretation of the Outer Space Treaty that is fine with moon mining, and more.

"Americans should have the right to engage in commercial exploration, recovery, and use of resources in outer space, consistent with applicable law," the order says. "Outer space is a legally and physically unique domain of human activity, and the United States does not view it as a global commons."

To be sure, the United States was eyeing space resources before Trump. In 2015, Congress passed a law allowing American companies and citizens to use space resources. It also directs the president to "facilitate the commercial exploitation and utilization of space resources to meet national needs."

"As America prepares to return humans to the moon and journey on to Mars, this executive order establishes U.S. policy toward the recovery and use of space resources, such as water and certain minerals, in order to encourage the commercial development of space," Scott Pace, deputy assistant to the president and executive secretary of the U.S. National Space Council, said in a statement.

Although people haven't gone to the moon since the last Apollo mission in 1973, the United States is gearing up for another trip. In October 2019, NASA awarded $43.2 million to space tech companies to help boost its Moon to Mars Program, which includes the Artemis mission, an initiative that aims to send manned spacecraft to the moon by 2024 with the goal of building resources that could support future missions.