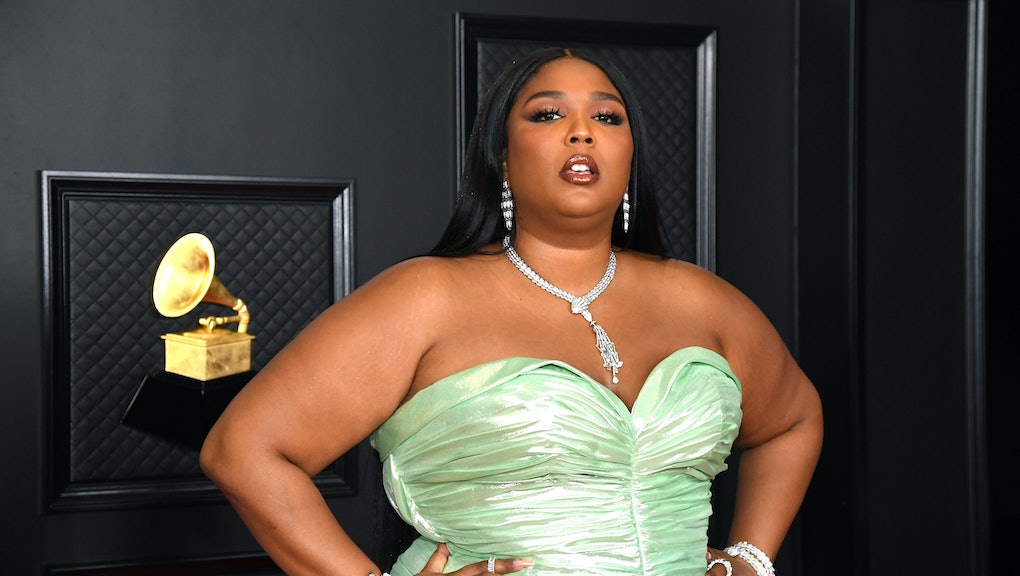 In this house, we do not tolerate Lizzo slander

Humanitarian crises are unfolding in Afghanistan and Haiti. Climate change is getting dire. Low vaccination rates and the Delta variant could be plunging us back into the dark days of lockdown. And yet some people have nothing better to do than bully Lizzo, an entertainer who is a beacon of positivity and light.

Some mean-spirited people ignored the message of the track, commenting stupid, racist things about Lizzo and her appearance. The abuse was bad enough that the Grammy-winner tearfully addressed the negativity coming her way on Instagram Live on Sunday. "Sometimes I feel like the world just don’t love me back. It’s like, it doesn’t matter how much positive energy you put into the world. You’re still going to have people who have something mean to say about you," she lamented.

The days after dropping "Rumors" should have felt celebratory for Lizzo, but she shared that the negativity really gets to her. "On the days I feel I should be the happiest... I feel so down," the artist confessed from her bathroom, dabbing away tears. "Like, I hurt so hard."

Lizzo didn't describe the nasty comments about her in detail — "I'm not even going to say them, to give them power," she said — and Mic is following suit. All you need to know is "it's fat-phobic and it’s racist and it’s hurtful." Lizzo also noted that the trope trolls were comparing her to "doesn't even make sense."

The chart-topping Grammy winner chastised critics for focusing on anything other than her music or the content of her character. "I’m not serving anyone but myself. Everyone is invited to a Lizzo show, to a Lizzo song, to this good energy. Everyone’s invited." But make no mistake, she has no patience for haters harshing her positivity. "What I won't accept is y'all doing this to Black women over and over and over again — especially us big Black girls," Lizzo said. "When we don't fit into the box you want to put us in, you just unleash hatred on us. It's not cool."

Lizzo makes music that's uniquely her, yet speaks to nearly everyone. She keeps conquering the charts, ignoring the mean comments and soldiering on in service of one group of folks in particular. "I'm doing this shit for the big Black women of the future who just want to live their lives without being scrutinized or put into boxes," Lizzo said. "I'm not going to do what y'all want me to do ever, so get used to it."

But make no mistake: Lizzo is a real person, too, and she feels just as vulnerable as the rest of us sometimes. It can't be easy letting cruel comments roll off your back when the world is watching, and this is hardly the first time she's had to deal with outrageous vitriol. Lizzo doesn't deserve that. She's a national treasure we should protect at all cost. Thankfully, she seemed to be in higher spirits later in the day Sunday. She probably remembered that the people saying nasty things about her are just jealous of her Grammys.