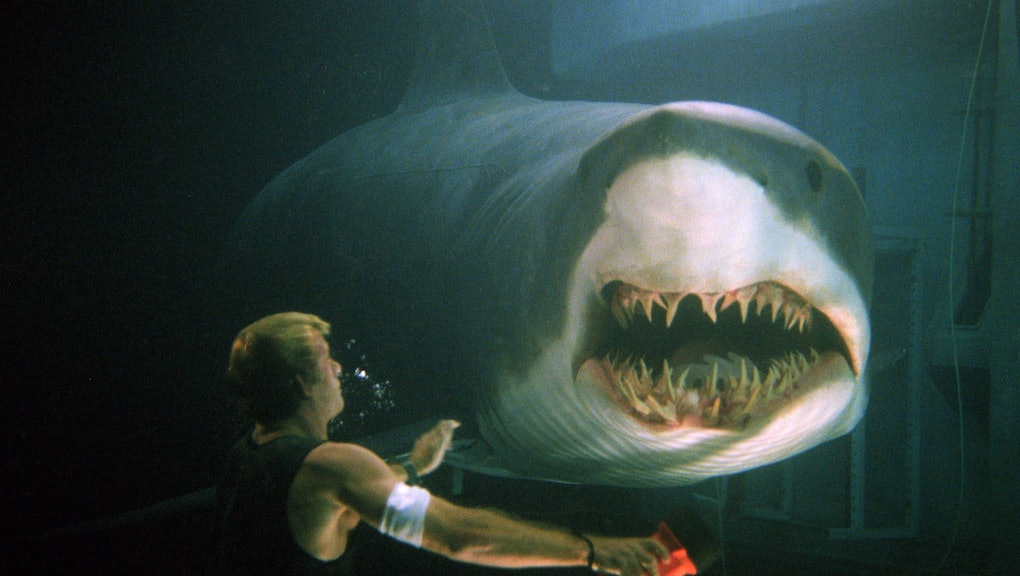 In too deep: 'Underwater' and Hollywood's obsession with ocean-themed movies

In 1999, the movie Deep Blue Sea was released. The film entertained an exciting premise: far offshore, a research lab existed where scientists were working on a cure to Alzheimer's. Their method? Testing on the brains of great white sharks, violating a covenant, creating creatures that defied the natural order. The result? A frazzled Bill Murray, LL Cool J, Samuel L. Jackson, and a handful of other characters are trapped in a research rig deep in the middle of the ocean, as super-smart sharks launch coordinated attacks and ultimately breach the vessel.

It was, as the title implied, set deep in the ocean. The film grossed $164 million worldwide, confirming that audiences had a deep fascination with the subject matter. But as time wore on, the concept of super-smart sharks in the middle of the ocean kind of lost its kick – clearly evident in the 2018 sequel, Deep Blue Sea 2, which went straight to DVD and only made a little over $500,000. The 2000s brought monsters and special effects that the creators of Deep Blue Sea could never conceive of. The only constant was a research rig at the surface of the ocean. That concept wouldn't entertain viewers in the new millennium.

Which is how we ended up with 2018's The Meg. In that film, the research rig is still at the surface of the ocean, but this time, the actual studies being conducted are based on the deepest depths of what is previously believed to be the ocean floor. The cast in this film — led by Li Bingbing and Jason Statham — must deal with the revelation that the ocean floor is actually just a super thick layer of dust, and they awaken a prehistoric shark of massive proportions known by scientists as the megalodon, or the Meg for short. The scientists working on the research rig, and everyone associated with the project, seems to have gone too deep, and now they've got to deal with a smart, unbelievably large shark roaming the seas.

But in a world where we are constantly whirling towards the most extreme, the depth of cinematic scientific research cannot be stopped a few feet below the ocean floor. Which leads us to the trailer for 2020's Underwater. We're told in the first ten seconds of the trailer that the cast (Kristen Stewart, Vincent Cassel, Mamoudou Athie) are 5,000 miles away from the shore, and on their way to reaching seven miles below the ocean floor. In the cinematic world of ocean research, this is the deepest we've ever gone.

Of course, there are complications. The research rig, nestled so deep in the ocean that the sun could never reach, begins to malfunction. The team needs to make it to an emergency escape vehicle, under the crushing weight of miles and miles of the sea. To make things worse, there's some yet-to-be-identified creature (I’m guessing it’s a shark!), intent on attacking its unwelcome guests.

What does it say, that we — movie watchers — keep going so deep into the ocean? The lesson of these films, obviously, is that when humans mess around with nature, nature messes back. As climate change looms, the lessons of these deep-sea exploration films feel almost heavy-handed. But does that mean I'm not going to watch a bunch of hot people dressed up as scientists exploring what is imagined to be the watery depths of our planet? Absolutely not. Let's keep going deeper.