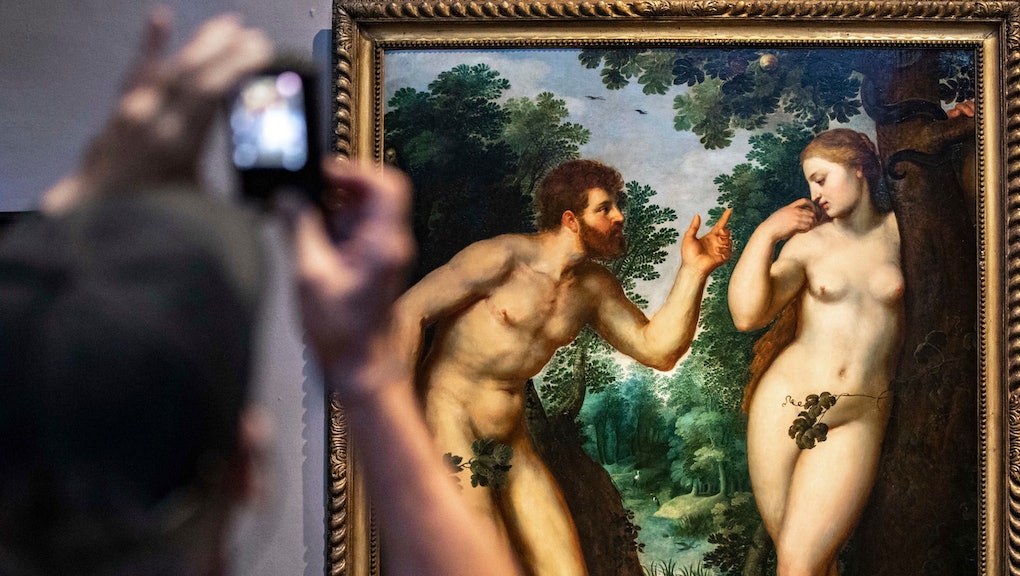 Instagram held a closed door meeting about its nudity policies

Instagram has morphed from a simple photo-sharing app into an essential platform for artists and brands to post their work. For artists in particular, this has been a difficult development. The company’s nudity policy has been restrictive and caused the platform to ban or suspend accounts that have posted art with nudity.

It’s an issue that led Instagram to hold a closed-door meeting with artists about the policy, after years of complaints from the art community (#FreeTheNipple, for example). According to Art News, Instagram asked the artists in attendance to sign a non-disclosure agreement. The artists are pushing for Instagram to improve their nudity censorship policy, which they believe can unfairly punish smaller artists.

“Established museums and artists use Instagram for disseminating their work, for gaining great exposure, etc.,” Nora Pelizzari, the National Coalition Against Censorship’s director of communications told ARTnews. “But they also have other platforms on which to do that, whereas early-career artists depend on Instagram in a very particular way. They don’t necessarily have access to galleries, museums, and the ‘art world’ as it exists. Ideally what Instagram does is remove the hierarchy of who gets to be an artist.”

The nudity policy’s most controversial language specifically refers to the female body. According to the policy, “some photos of female nipples,” are not allowed, “but photos of post-mastectomy scarring and women actively breastfeeding are allowed.”

“Our policy development process has many stages and takes time,” Stephanie Otway, a Facebook spokesperson, said to Hyperallergic. “While we haven’t committed to any changes yet, one of the most important pieces of our policy development process is speaking to external experts and stakeholders to ensure we have considered as many perspectives as possible. This meeting allowed us to do that, and we hope to have an ongoing dialogue.”

Beyond the art community, celebrities have also spoken out about the nudity policy. Most recently, Amber Heard posted a shirtless picture of her Aquaman costar Jason Momoa to complain about how the policy resulted in the removal of one of her photos. “In honor of IG’s rigorous and equitable Community Guidelines against showing the Female nipple ..and since mine enjoyed the brief privilege that’s afforded to my male counterparts.. I decided to pay homage by replacing it with a picture that DID meet IG’s strict nudity guidelines and such careful gender policies,” she wrote in the caption.

The visual artist Marilyn Minter told Art News that the meeting was productive. “I felt like this was an exchange of ideas from forward-leaning people trying to do the right thing,” Minter said. “These were difficult conversations from well-meaning people trying to find solutions. Some of the artists had grievances but there was no hostility. If we are going to grow and change we need these conversations. I left feeling that this topic is a work in progress.”

In the meantime, artists best bet is to use Instagram to voice their discontent with the policies on the platform. The irony being that they also rely on Instagram promote their work.

“I wish they had made it a public forum,” Micol Hebron told Hyperallergenic. “It would have been an incredible opportunity for them … it could have demonstrated a real position of leadership in terms of adopting a public practice model.”

More like this
Conservatives are having a meltdown over Megan Rapinoe replacing the Victoria's Secret Angels
By Kara Weisenstein
The all-Black Bill Pickett Invitational Rodeo will air on national TV for the first time ever this Juneteenth
By Jewel Wicker
“Exhilarating, joyful, and of course pretty scary": Musicians on the pressures of returning to the stage
By Kelly McClure
Stay up to date