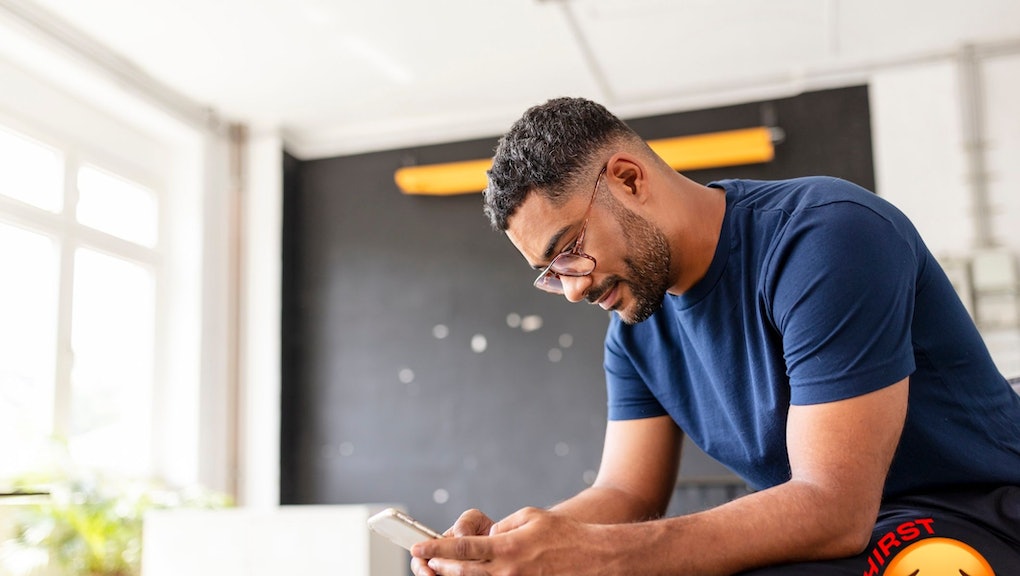 This story is part of Thirst Week, a Mic series that explores modern desire and how the world around us shapes the way we lust.

On the 2015 underground smash “Who’s Gonna Get F*cked First” from Atlanta rapper Father, his Awful Records collective mate Keith Charles calls Instagram, "the human menu.” With a steady 1 billion active users a month, Instagram has irreparably altered the way we interact with each other. And much like any space where strangers come together — from the office to the bar, or via earlier online avenues like AIM chat rooms (a/s/l?) or Chat Roulette — it seems there’s always someone, if not an entire culture of, chasing ass.

When Instagram launched in 2010, accounts consisted simply of a main image, a chronological timeline of pictures, and a short bio. Other users could like and comment on each others’ images. That’s it.

Direct Messaging wasn’t introduced until 2013, and those first three years on the app were arguably the thirstiest of them all. But the biggest game changer in Instagram courting was the introduction of Instagram Stories in 2015. IG adopted Snapchat’s model of short-lived content with their “story” feature and subsequently uphended the way users portray themselves, the way we engage with others, and more importantly, the way it goes down in the DMs.

Flirting on Instagram evolved from what now feels like a grand (or desperate) gesture — exposing ourselves in the comment section via heart-eye emojis — to having to carefully craft a witty message (much like the first message after matching on a dating app) and covertly slide into your crushes' DMs.

Stories are an entirely new gambit. For one, Stories are less curated, more off-the-cuff and perhaps more indicative of the poster’s actual personality. As such, they offer more opportunities to strike up a casual conversation and — most crucially — allow that exchange to play out entirely in private. You’re essentially receiving real-time updates from someone to your phone that you aren’t obligated to respond to.

Diving into DMs was once our only option and it came with a level of stress and expectation that messages on a dating app might carry. Striking up a convo about something on a limited-view, best-foot-forward dating bio is challenging. But Stories afford us the ability to get to know someone better over a longer period of time and avoids feeling like a job interview by allowing us ample opportunities for both ambiguous and unambiguous flirting.

My current boyfriend slid into my DMs over a year-and-half-ago and asked me out in response to a video a friend started shooting without my knowledge. It showed my full emotional range in 30 seconds: I went from what appeared to be a rant to bursting out laughing in embarrassment when I realized I was being taped. Ultimately — even though he’d followed me for a while before that Story — what led him to eventually ask me out was a video portraying the real me.

If dating apps are you on LinkedIn and Instagram Stories are you at an after-work happy hour, Stories for “Close-Friends” are you at the holiday party, three hours deep into an open bar. While Tinder or Hinge are essentially your dating resume, carefully crafted to attract the potential suitor of your dreams, Instagram Stories give an opportunity to show your sense of humor, taste, and point of view in a less contrived manner. Though it can still be very calculated, it’s rarely a deliberate bid for affection.

Dave Marshall, a New York-based 30-year-old, says the greatest benefit of flirting over DMs is reinforcing an authentic connection. When someone engages with your story, “You can see how things you post are something they actually relate with,” he says.

“The men I follow [that] I'm attracted to post a lot of Stories,” says Jourdan Ash, the New York-based writer and host of the podcast Dating In NYC. “So I might start off by responding to something that they're posting. When they post a selfie on Stories, then I go in for flirting.”

Flirting via Instagram Stories is like a drawn out game of just-the-tip, if you let it be. It allows for more games, in a casual or a chaotic way, whether you’re the one sliding in the DMs to initiate some digital chemistry or the one sending out content for “a temperature check,” as Marshall refers to it. That can be freeing for a lot of people.

Brooklyn-based 24-year-old Elena Milan, who works in social media, says her favorite thing about flirting over IG Stories is the instant confirmation of knowing who has watched: “With Stories, at least I know exactly who saw it. It takes less thought for people to message directly to you too, instead of publicly commenting on your post.” Seeing which followers are engaging with your short term content gives you an easy in-road, a green light of sorts that allows users to reel in their objects of affection.

"It's easier to bait someone via stories, in a less obvious way,” says Marta Freedman, a bi-coastal entrepreneur. “You can post something just meant for one person, and that alone is flirting.”

Milan echoes a similar feeling. “If I do not want to make the first move and reach out, I can easily post a song they like or repost a quote they might resonate with.” She says this makes a conversation start “organically.”

An update on IG that seems to have set flirting back a bit is the mere six reactions Instagram offers as response to a Story — crying laughing, open-mouthed shocked, heart eyes, one teardrop crying, clapping hands, fire flame emoji, the celebratory party horn emoji, or the “100” emoji. “Men do that a lot instead of outright saying whatever it is they wanted to say,” Ash points out. “It doesn’t really mean anything to me. I usually just heart it.” Because it’s just a reaction, it doesn’t really invite extending the conversation.

Jovell Rennie, a 27-year-old Anchorage, Alaska-based photographer, says IG Stories make it easy to start conversations but the ability to read the room is still valuable. “I have to be mindful about how I go about it. I never want to come across too opinionated or like I have to chime in to everything, or become a 'reply guy.'"

He puts an emphasis on knowing when to fall back. “If you see they’re leaving you on 'seen' or hitting you with nothing but hearts, ease up,” while Marshall says that the value in responding to the less obvious post. Ultimately, being attentive has proven to be the most effective for him. “If I hear a song or see something that reminds me of a story they posted once upon a time, I send it to them. Being thoughtful goes a long way and has gotten me out of DMs.”

Each tiny update Instagram introduces creates a ripple in the way users are getting to know one another, even those features that are meant for people you already know. In what felt like a response to the popularity of a finsta, a “fake” Instagram account created specifically to have less intentional content for a small group of trusted people, the platform introduced Close Friends. This function allows users to post IG Stories to a segmented sub set of accounts.

Freedman tends to take her flirting here: “I use Close Friends as my finsta-lite because I would never actually let any of my crushes follow my finsta. Instead, my Close Friends is comprised of all of my actual close friends but also every boy that I think is hot.”

The beauty of the Close Friends list is only the account owner is aware of who is on the list and how long they’ll stay there. Seemingly, that special little green ring that indicates you are privy to someone’s content for an exclusive bunch has a certain way of boosting an ego, much like seeing your crush quickly watched your Story or liked an Instagram pic from a few weeks deep in the grid.

While we have absolutely no control over the updates Instagram will release or functions they will strip away (RIP to the “Following” tab), one thing is for sure, no matter what “successful” flirting looks like on Instagram, the more avenues to put out content, the more opportunities there are to show different layers of yourself to those on the platform. Whether it’s love or lust you’re after, it’s only ever one tap away.